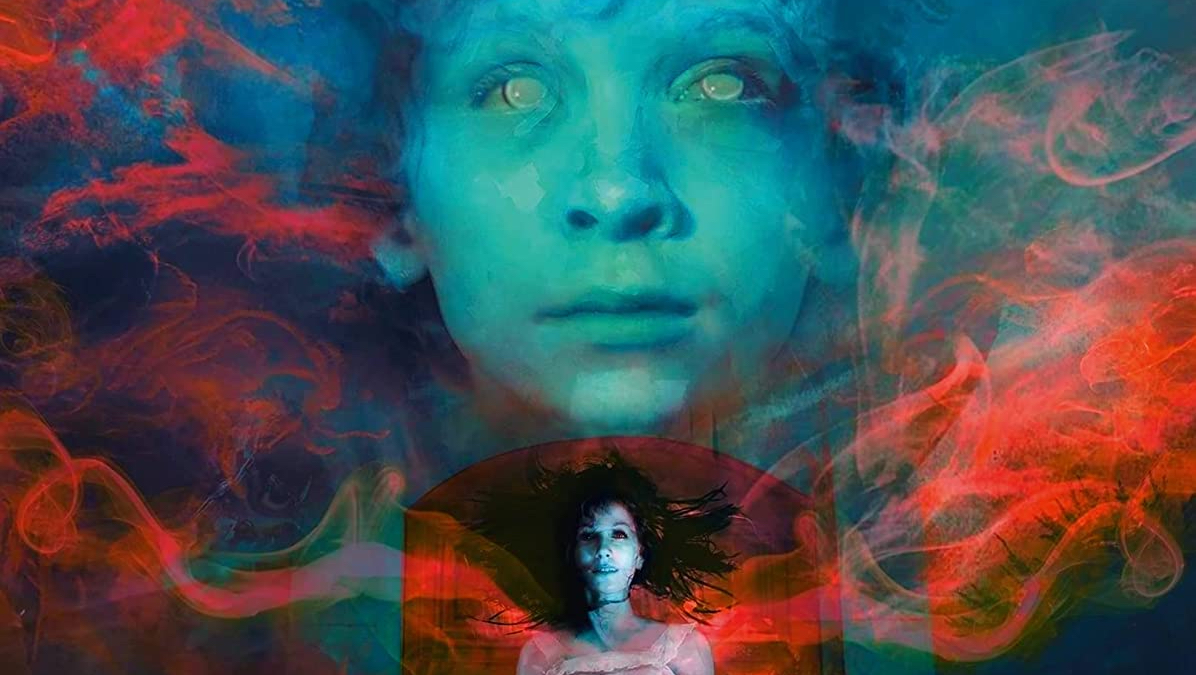 Mario Bava’s final film delivers on the promise of its title Shock.  Arrow Video has brought the film to Blu-Ray with a new 2K transfer and special features.

When one watches Shock, in its original Italian version, one wonders what would have happened to Mario Bava in the neon-soaked ’80s.  This ghost story of a woman behind haunted by her past and dead lover is as mean-spirited and nihilistic as anything that Bava had made before.  The film with its reduced to rubble ending fits perfectly in with what his American counterparts were doing in horror at the time.

The story is simple.  A newlywed couple moves into a country home.  The home is the former residence of the wife Dora (Daria Nicolodi) whose former husband (John Steiner) died under mysterious circumstances.  It’s only a matter of time until her young son Marco (David Colin Jr) begins to exhibit strange behavior, most sexual and violent in nature. Dora begins to be terrorized by more than just her former husband a drug addict.  Will they be able to stop what is haunting them before it’s too late for Dora?

Bava’s film isn’t a subdued affair but rather a noisy and altogether wild one.  The visual style may be pared down greatly from his work in the ’60s but it’s by no means ineffective in any way.  Shock manages to maintain the tension and dread through its daring to go to such strange places that tighten tensions.  The sexual component is effectively creepy and Bava understands this and plays into the perverse nature giving the film an unexpected component that one cannot shake every time Marco is possessed by his father.

Anyone that understands the tropes of horror films and specifically vengeful spirits will see where it is heading.  Part of the vicious delight is in seeing if Shock does indeed go to the darker side of these types of stories.  Depending on your viewpoint you will be either elated or disappointed with the end result.

NOTE: The review is of the Italian Version of the film.

The Brand new 2K restoration from the original 35mm camera negative by Arrow Films is a minor miracle. Having seen this film in different formats this 2K restoration is by far the best. The film looks sharp and balanced with enough film grain to make it look like a freshly struck 35mm archival print.

The audio commentary by Mario Bava biographer and Film Historian Tim Lucas begins the track with the whys Bava directed the film and how Producer Dario Argento and Bava’s assistant/son Lamberto were influential on the film.  Details include why Goblin (Argento’s Composers for many of his films) did not contribute to this production, the production details like budget, scheduling, the locations, Dario Nicolodi’s performance and her life at the time of the production, the work and professional life of John Steiner, Nicolodi’s account of working with Bava, Bava’s 1970s film output and personal life, Bava’s refusal to supervise the King Kong FX work because of Dino DeLaurentis’ taking away films from him, a discussion of the original source material that they adapted, the in-camera FX work that it’s the most of the FX work that was done for the film, the differences in Lamberto and Mario’s directorial style and the changeover that happened in this production, the film’s release as Behind the Door II, a discussion about Beyond The Door and how off base and no connection to the film Shock does, accounts of the production from the actors and others, how some of the great “trick shots” were achieved, a personal anecdote about Bava and Lamberto and Nicolodi, and much more.  It cannot be understated how good Lucas’ commentary is. It’s educational, informative, and entertaining.  Using quotes and deep state research on the matter, which he is an expert (his gorgeous book on Bava is OPP but is definitively THE book on Bava) on the subject.

A Ghost in the House (30:34) – is an all-new interview with co-director and co-writer Lamberto Bava.  The younger Bava discusses the origins of the film in the 1960s to the actual production.  Some of the details include the original name of the film, the development and screenwriters involved, the various source material they culled from, how he worked on set as “assistant to the director” that he was credited as, the tricks they employed for in-camera FX, a great Goblin and Dario story, and much more.  Italian with English Subtitles.

Via Dell’Orologio 33 (33:48) – is an all-new interview with co-writer Dardano Sacchetti.  Beginning with his chance meeting with Mario Bava that began his second collaboration as a screenwriter with a great director (the first being Dario Argento).  Some of the details include some thoughts on Bava’s Danger Diabolik and its initial failure was the beginning of his work on Shock, the development of the script, the pre-production of the film, the production of the film, and much more.  Italian with English Subtitles.

The Devil Pulls the Strings (20:45) – is an all-new video essay by author and critic Alexandra Heller-Nicholas.  The brilliant, yes – Heller-Nicolas is a brilliant critic, dissects the movie by focusing on a piece of art, a hand ornament, that’s a focus in the film.  Her deep dive into Bava’s final film and how the hand ornament is connected to so much in the story, character, design, and of course Bava’s direction.  Heller-Nicholas’ thesis is one that after you watch it, you will never be able to look at Shock the same way.  This is a second additional commentary track though slightly abbreviated.

Shock! Horror! – The Stylistic Diversity of Mario Bava (51:46) – is an all-new video appreciation by author and critic Stephen Thrower.  Thrower looks at Mario Bava’s varied career as a whole.  The interview with huge sections of visual recalls to the various films Thrower does a great job of interjecting his own personal accounts of seeing Bava’s films and dissecting them.  There’s a huge amount of information about Shock and branching out to various other films like Black Sabbath, Hatchet for the Honeymoon, Baron Blood, and others. Thrower brings his considerable knowledge about Bava and specifically Shock this is in many ways a third mini-commentary.

The Most Atrocious Tortur(e), (41:2) – is an all-new interview with critic Alberto Farina.  Farina discusses a drawing given to Daria Nicolodi by Mario Bava.  Farina uses this drawing as a way to discuss the film as it shows Nicolodi’s character and the various symbols in the film.  Italian with English subtitles.

Posters – a collection of 7-posters from around the world.

Japanese Souvenir Program – 11 scans of the program were given out during the opening of the film in Japan.

Shock is a truly disturbing supernatural horror film.  Arrow Video has given us a truly wonderful Blu-Ray edition filled with great features.  Recommended!!!!