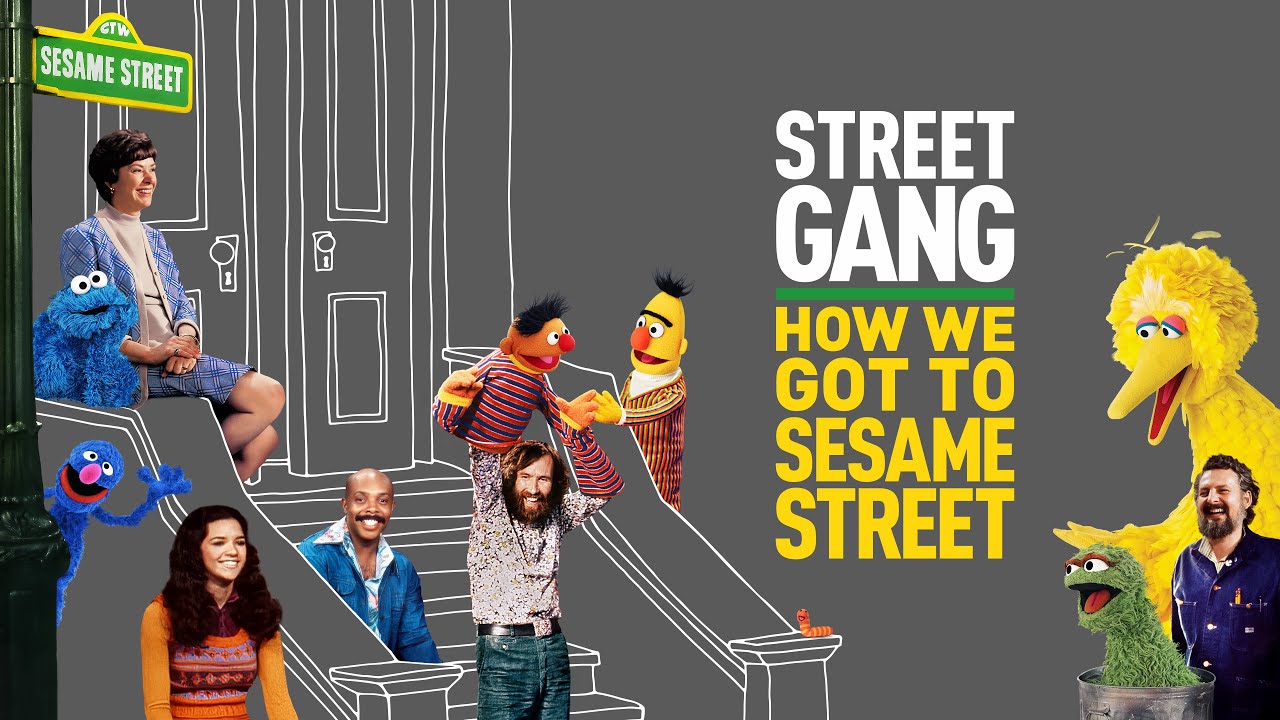 The new documentary traces the origins and the people who created one of the most influential shows on television, Sesame Street.

Street Gang: How We Got to Sesame Street is the type of documentary that sides on substance over flash.  In deep diving into the how’s and why’s of the Children’s Television Workshop, we get a fascinating, intelligent, and emotional look at the people whose talent and hard work brought so much to so many children.

Everyone knows Jim Henson and Frank Oz… but do you know Joan Ganz Cooney, or Lloyd Morrisett, or Jon Stone, or Joe Raposo?  As vital as Henson and Oz in the construction of what would eventually be called Sesame Street.  Cooney, Morrisett, Stone, and Raposo were even more instrumental and without them, there would be no Big Bird, Bert, and Ernie, or Oscar the Grouch.  They along with Roscoe Orman, Bob McGrath, Sonia Manzano, Emilio Delgado Carroll Spinney, Will Lee, Loretta Long, Matthew Robinson Jr tell the story of this heartfelt show, made from a heady concoction of science, heart, and of all the tools that Madison Ave used in hooking children on candy and toys.

Though the film throws facts and concepts at one quickly the film never feels like a dry account of some sort of happy accidental social experiment.  Director Marilyn Agrelo based the documentary on, at least in part, Micahel Davis’ book Street Gang.  The documentary focus is how these men and women, headed by Joan Ganz Cooney with purpose and clarity upended television programming for children.  Like the adaptation of another book Moneyball, Street Gang (the movie) takes all of the science, sociology, history and compresses it into storytelling that’s visual and emotional.

Street Gang never resorts to some graphic to indicate or show how things evolved.  Rather Agrelo with access to thousands of hours of behind-the-scenes footage and interviews, along with photos and the surviving members of those early days creates a narrative of people trying to make things better in the world.  Agrelo and editor Ben Gold approach the narrative with the consistency of tone.  Whether it’s Cooney’s trajectory through the political minefields to get funding or Sesame Street decides to tackle the subject of death on the show Street Gang gives it the same delicacy of touch.  That approach makes Street Gang: How We Got to Sesame Street is one of the more entertaining and emotionally evocative films of the year.

Street Gang: How We Got to Sesame Street, debuts on HBO/HBOMAX on Monday, December 13