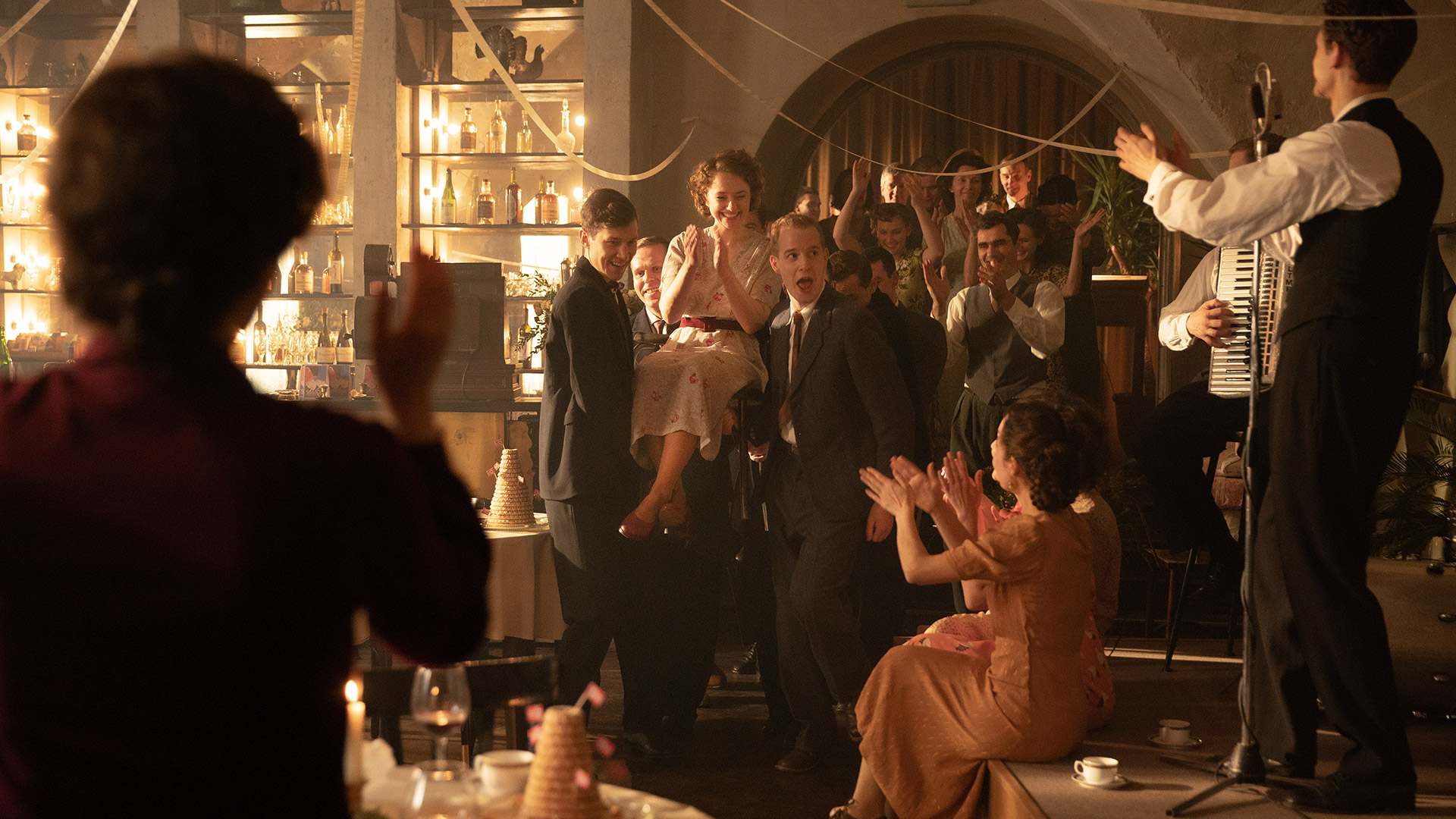 Norway’s shameful part in the persecution of its own citizens during WWII is the beginning of an emotional journey for the Jewish Braude family in 1940s Oslo in director Eirik Svensson’s film Betrayed.

The war films of the 1940s generally focussed on the heroism of the armed forces, or the stoicism of the beleaguered citizens of a bombed-out city. Or perhaps it was the underground resistance fighters who took centre-stage. It was only in the post-war period – following the liberation of the death camps and the publicity afforded by the Nuremburg Trials – that the full extent of Nazi war crimes was revealed.

Since then there have been significant numbers of films about these crimes, and the Norwegian film Betrayed is another for the list – but I would venture that it has something a little different to add.

The film takes on two strands; Norway’s role in supporting Nazi occupation of its own land in the early 1940s, and the lives of the Jewish Braude family, a mother, father, and 4 grown-up children who each have their own horrific experience of the Nazi occupation of Norway.

Betrayed presents a rather matter-of-fact (and therefore striking) statement on the complicity of the Norwegian government and police in not only allowing the country to become occupied territory but also aiding persecution of the Jewish citizens.

The family story mirrors others which the viewer may have seen before: the three sons Charles (Jakob Oftebro), Harry (Carl Martin Eggesbø), and Isak (Eilif Hartwig) are enjoying their youth, partying and meeting girls, until their government determines that it will not oppose the German forces knocking at the door. Their life as Jews in Norway suddenly becomes a lot more dangerous and they need to decide how to respond.

But the strength and true impact of events lies with the characters of their parents Sara (Pia Halvorsen) and Benzel (Michalis Koutsogiannakis). There are occasional references to indicate that they are immigrants to Norway, having already fled Lithuania in their early years to avoid persecution. This puts them in the position of appearing to have an idea of what is about to happen, which adds a different texture to proceedings.

And while Betrayed might be a little gentle on detail and more family-orientated in its early stages, it pulls no punches in its final scenes. For once, the final explanatory screen captions are valid and necessary and have immense impact.

So while audiences may chalk this off as yet another film about the Nazis, this reviewer will always make time for stories such as these and send the reminder that it is imperative that these events be remembered so that such crimes are never allowed to happen again.

Betrayed is released in theatres, on VoD and on digital on 3rd December 2021.