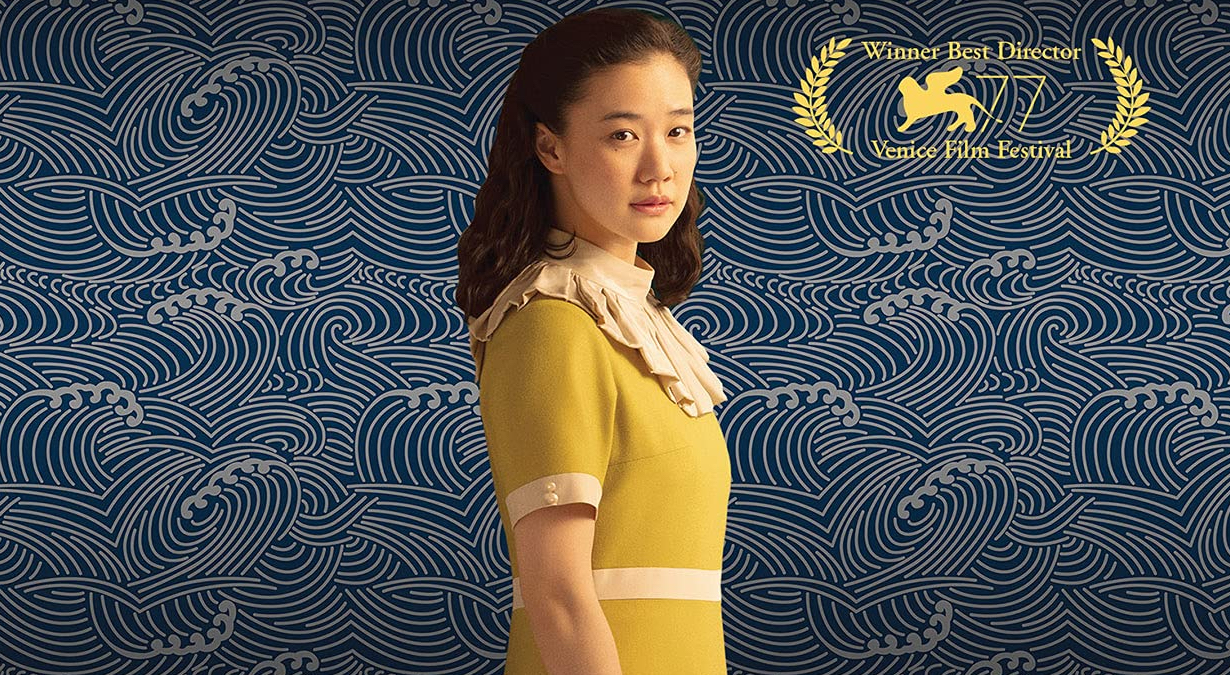 Kiyoshi Kurosawa’s Wife of a Spy is one of the best films of 2021.  Kino Lorber has brought this visually stunning Wartime Thriller to Blu-Ray.

The Cinematic Spy Thrillers are typically more James Bond than John Smiley.  That is to say that films find their thrills and tension from huge action set pieces rather than the toll (be it physical, emotional, and intellectual) that is taken on agents and the sort of morally rotted task and manipulations they must perform in the name of their country.  Writer/Director Kiyoshi Kurosawa’s Wife of a Spy understands this better than any film of recent memory.

It’s 1940 and Yūsaku Fukuhara (Issey Takahashi) is a Japanese Import/Export businessman as Japan has severed ties with the world and aligned itself with the Axis powers.  The banal face of fascism and authoritarian rule takes shape as Taiji Tsumori (Masahiro Higashide) the childhood friend of Satoko who has risen in the ranks of the Japanese army.  Now a Captain in charge of rooting out the “unpatriotic” to Japan.  Satoko (Yū Aoi) his wife thinks nothing of these changes and acts as though they’re political tomfoolery.  Her friend Taiji simply doing his duty.

Slowly but surely Satoko finds that these are not simple silly games and matter of “duty” but ones with real consequence and evil.  It is the consequence and far-reaching and deathly implications of what Yūsaku is doing that Satoko cannot grasp.  Satoko can only see the face value of actions and has been thrust into a chess game that she has no idea could lead to her and her husband’s imprisonment, torture, and death at the hands of Taiji.

Kurosawa’s perfectly told thriller is one of intelligence and the cold hard price that spies, and their accomplices, both willing and unwilling, pay in the face of authoritarian rule.  This is a film of silence, quiet deeds in the shadows, one that if brought to light could have dire consequences.  Wife of a Spy takes this world that is very real and very complicated and thrusts someone ill-equipped to handle such cold and calculated natures in the center.  Like the proverbial grenade into the barracks analogy, Satoko is that explosive device that could cost her husband his life.

Part of the beauty and simplicity of the film is how Kurosawa is able to ring so much tension is borne out of the lack of on-screen violence but its implication.  The film has been compared to the best of Hitchcock’s work but Kurosawa’s film is darker than Hitchcock’s spy films.  There is a cost that is paid that Wife of a Spy shows clearly without any sort of the British male-centric romanticism that Hitchcock worked with.  In fact, Kurosawa never levels judgment rather shows everyone as faulty humans that are doing what they feel is right some realizing too late the cost of their actions.

Wife of a Spy slowly and calculatedly ties its beautiful noose around your neck and grips it tighter and tighter until you are as suffocated as Satoko with no choices or options.  It is in that grip that wrings so much tension that Wife of a Spy elevates itself not just as a truly great spy thriller but as one of the best films of the year.

Kino Lorber’s Blu-ray of the film is a perfectly rendered image.  The image itself is more digital than filmic but there’s a reason.  Kurosawa and cinematographer Tetsunosuke Sasaki decided to capture the project in 8K.  The result is an otherworldly image that is hinted at the clarity and work that was produced in the form.  There is not a hint of an issue with the image.  No faults nor any sort of digital artifacting.  The only way that KL could have given us better is if they had released the film in 4K with HDR encoding.  As one waits and wishes for that, the Blu-Ray presentation like the film itself is one of the best of the year.

After Sunrise: Making of “Wife of a Spy” (53:09) – this great companion piece to the film is more of a fly-on-the-wall look at the production and specifically Kurosawa’s process in working with the actors and crew artisans.  There is a level of considered thoughtfulness, very Japanese, that the making-of brings with the artistry behind making the film. There are some great details including filming the second half first including the finale on the first day without much prep, Kurosawa not finishing the script’s ending until he’s begun the film (which makes that first detail challenging), and more.  With comments by Kurosawa, actors Yū Aoi, Issey Takahashi, cinematographer Tetsunosuke Sasaki, and others.

Wife of a Spy is a masterful thriller made with all the intelligence and power of a world-renowned filmmaker like Kurosawa.  Highest possible recommendations!!!

1 comment on “Blu-Ray Review: Kino Lorber’s Wife of a Spy”