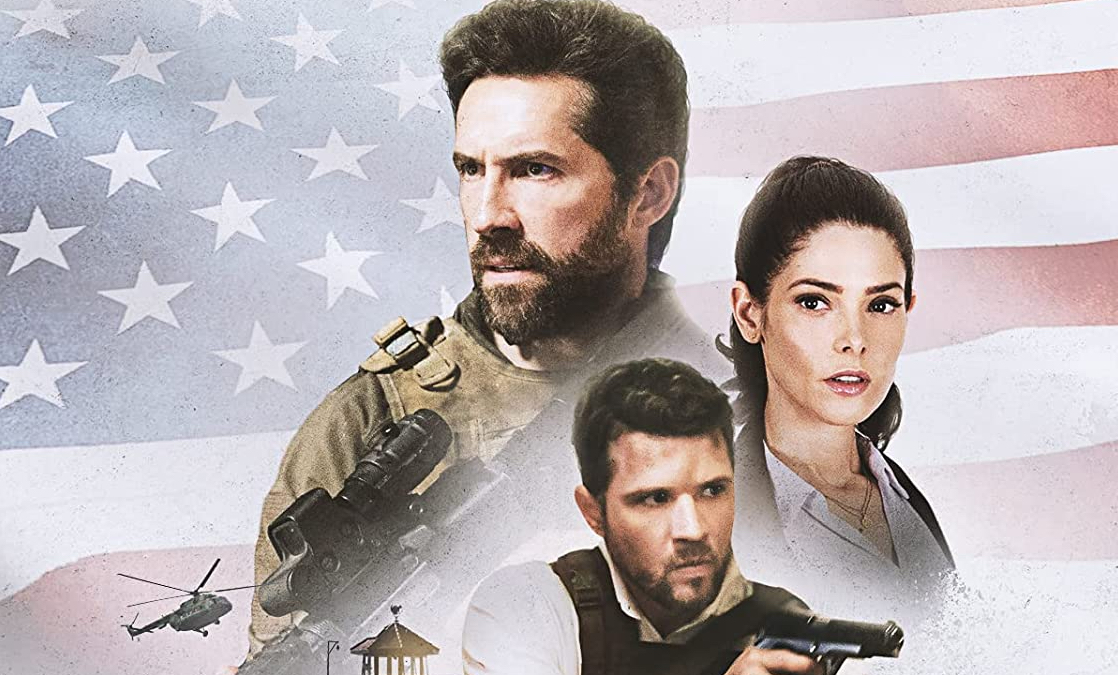 One Shot is literally that a single-take action film. The military thriller stars Scott Adkins, Ashley Greene-Khoury, and Ryan Phillippe.  New to Blu-Ray.

The single-take goes farther back than the Episode of True Crime season one that popularized it over the last few years.  Brian DePalma, among other things, is famously known for his beautifully constructed single-take Steadicam shots.  Alejandro Gonzalez Iñárritu took DePalma’s single take and went further with Birdman and The Revenant turning it into an art form onto itself with digital augmentation. Often in lesser hands, there are so many lesser when compared to DePalma, the single take becomes a gimmick.

One would assume that One Shot falls into the gimmick category.  You would be dead wrong.  Director/Co-writer James Nunn leans out the story he is telling of a simple prisoner transport gone awry.  Working in archetypes, leaning into the economy of storytelling and dialog that doesn’t explain much, works in favor of the movie. Adding seasoned actors like Scott Adkins, Ashley Greene, and Ryan Phillippe gives the film the needed gravitas.

Fans of Adkins will already be accustomed to the Martial Arts Action Legend’s form of no-nonsense heroics.  Surprisingly the film allows the actor some great close-quarters combat scenes that show off the nimble destruction the actor can lay down onscreen.  Phillippe continues his transition to grizzled character actor with a brief but vital role as the CO of the black site facility where the prisoner transport is taking place.

One Shot is an effectively staged and executed action thriller, one that will surprise non-DTV action junkies.

The image and sound are perfectly rendered here.  The digitally shot film’s image is sharp and clear avoiding any of the digital artifacting that can happen in a film that is at times frenetically shot.  A note that the DTS-encoded soundtrack is quite active and designed to kick ass.

Making of a Movie in One Shot (7:09) – a making-of focusing on the unique action film and how they constructed the single-take film together with various techniques.  Though only 7-minutes long the featurette does a great job of giving some great insight into making the film.  Comments by Director James Nunn, Star Scott Adkins, Ashley Greene-Khoury, and Ryan Phillippe, and others.

Go Behind the Scenes with the Director and Cast (2:24) – an EPK featurette discussing the film by the cast and crew including Director James Nunn, Star Scott Adkins, Ashley Greene-Khoury, and Ryan Phillippe, and others.

One Shot is a solid action thriller.  Recommended!!!