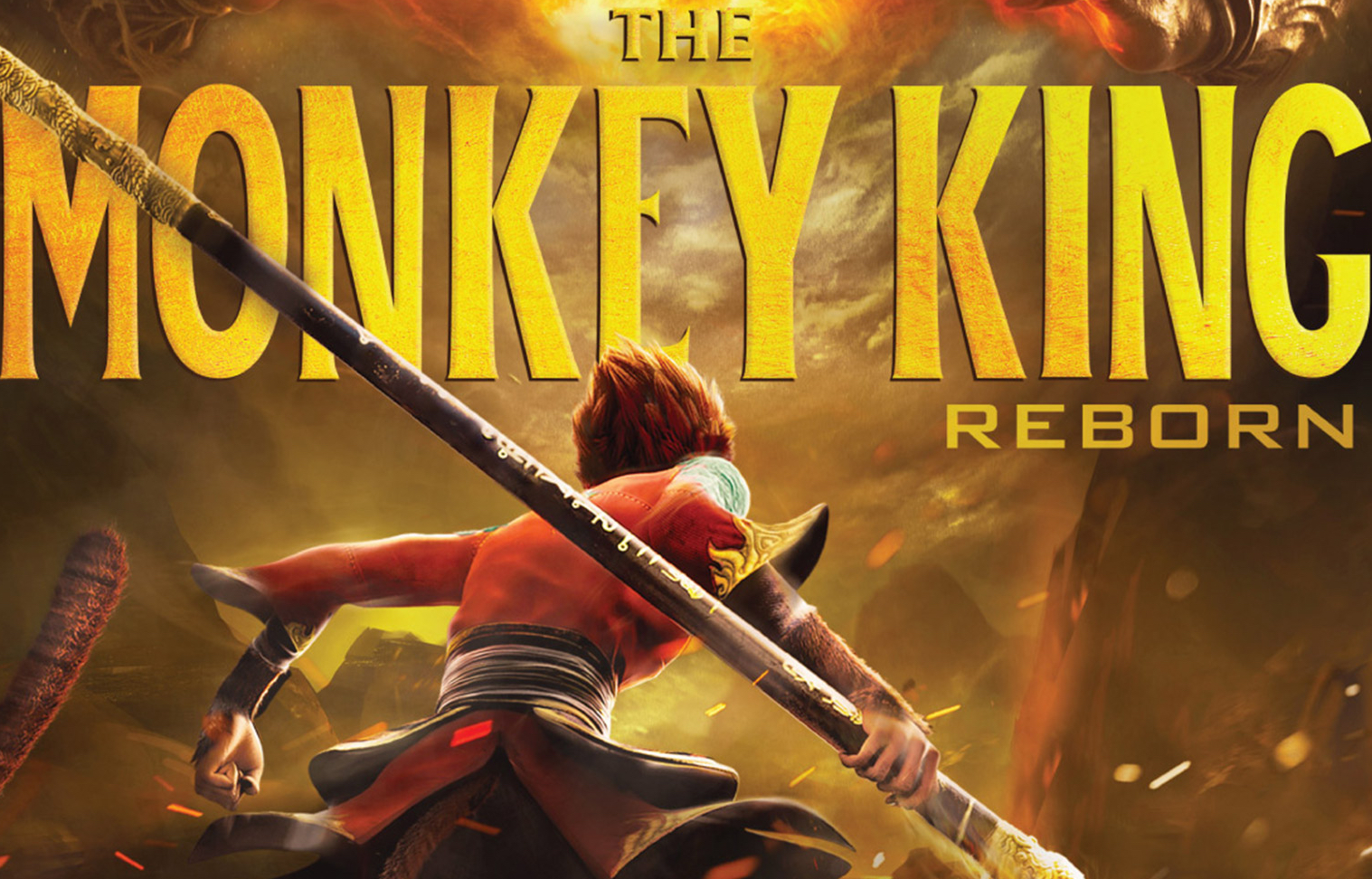 The oft-told mythical tale is retold in The Monkey King Reborn.   Well Go USA brings the animated feature to Blu-Ray with amazing sound and picture.

Sound and fury has the tale of the Monkey King remixed as a coming-of-age story of a reckless youth sort of finding responsibility. The Monkey King Reborn works as a visual and auditory assault on the senses but not much else.  Hampered by unlikable characters, specifically its rag-tag group of heroes, the film falters when it counts the most.

The biggest issue with the entire runtime of the film is the main character himself, Monkey, is an insufferable selfish punk.  Every act, every movement, every word spoken by this sociopath is all in service for him.  Nothing is learned or even gleaned by this teenager with no concern about anything but himself.  In the end, not even a degree of change.  What is worse is that the single character we do find entertaining, and very cute, makes a heroic gesture that only is in service to a character who is so selfish, rude, and unheroic that you think it’s a joke.  Unfortunately, it is not.

Watching the English Dub only exacerbates this issue with some of the most unlikable line deliveries in recent memory.  Watching the English Dub, one will want one of the bigger Gods to must take care of him.  The Mandarin Voice track does lighten this but not by much.  The way that the character is portrayed along with his compatriots Fish and Pig is akin to the bullies in a 1980s High School film.  Complete with all of the cardboard character work that comes along with those clichés and stereotypes.

Though, The Monkey King Reborn is visually stunning with the animation work on the production is a marvel of artistry.  Though the action is inventive and fun, it’s the detailed character work that elevates the film.  Maybe the animators/artist did too good of a job at portraying unruly and undisciplined ner’ do well.  Though not limited to Monkey and his friends, each of the characters are stunningly realized.  The way that the film approaches scale is definitely designed for bigger screen entertainment (which anyone with a larger monitor or project setup is in for a treat).

In the end, one had wished that the filmmakers behind The Monkey King Reborn spent more time worried about telling the story rather than concerning themselves with a Sequel and characters more concerned with being tough than doing what’s right.  By the end with its crass mid-credit sequence, one can’t help but chuckle at the incredulity of the storytellers thinking that we would want to spend any more time with these unlikeable characters.

Well Go USA has been provided a beautiful lush transfer.  The image sharpness, color reproduction, and contrast levels are perfect.  The transfer never falters or fails at any moment giving us the best version of the film.

The Monkey King is visually stunning on Blu-Ray.