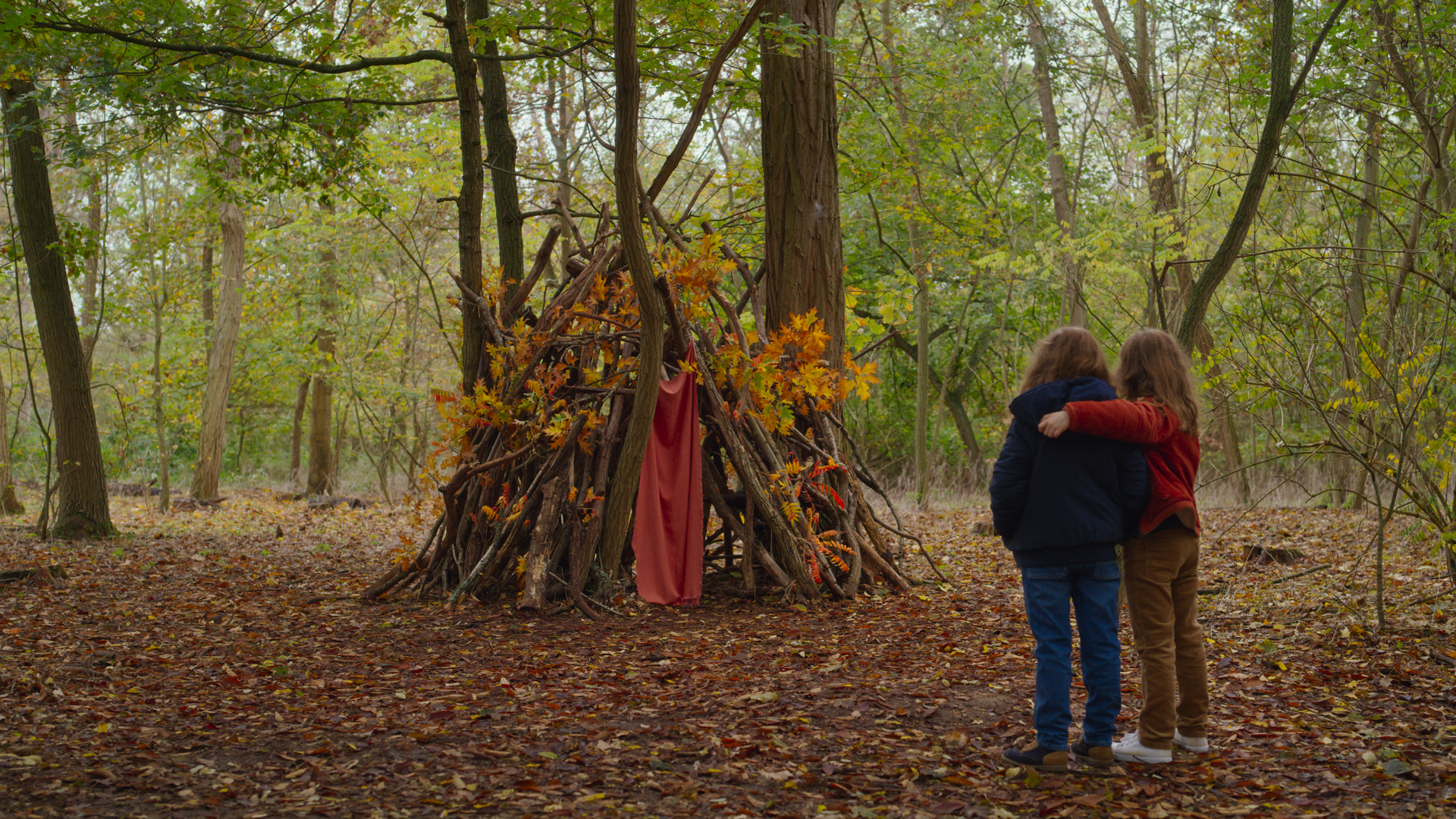 Céline Sciamma’s Petite Maman is a worthy follow-up to her wildly successful Portrait of a Lady on Fire.

Few films about childhood told from the child’s perspective feel as though they are told from a child’s point of view.  Fewer still can create the sense of the unknown for a child dealing with the loss of a grandparent and the joys of a new friendship.  Petite Maman is all of this, wrapped in a bow of magical realism that aims for the heart without being maudlin or twee.

Nelly (Joséphine Sanz) has just loss her grandmother.  Her parents set about cleaning out her grandmother’s house.  Nelly is allowed to explore the forest around the house.  In that forest, Nelly meets Marion (Gabrielle Sanz) a child who also recently lost her grandmother.  As the two build a fort, perform a play, and make pancakes Nelly begins to realize certain truths about their situation.  Truths that will comfort her in the most unexpected of ways during this time of grief.

There are very few filmmakers that possess the skill set needed in directing children.  Spielberg.  Bergman.  Ray (Sanjit, not Nicolas).  Truffaut.  Ramsay.  All have that unique quality of being able to pull out unmannered truthful performances from their young actors.  One can add Céline Sciamma to that list.  Petite Maman manages the truly magical and wonderous trick of not only one but two amazing child performances.  The young actors inhabit their roles in a way that isn’t mannered or glib as many twee children performances can be.

Sciamma packs so much about the nature of childhood, loss, grief, and parenting wrapped in the film’s 72-minute runtime.  It would seem excessive to be any longer.  Much like the moments shared between the two young friends, the film has the lightest of touches.  It never feels overbearing, blunt, or obvious.  Petite Maman and the simple direct way it wraps you in its warm embrace will have even the most jaded and cynical viewers’ hearts melt.

Céline Sciamma has proven in her short career that she is a filmmaker of uncommon artistry, intelligence, and power.