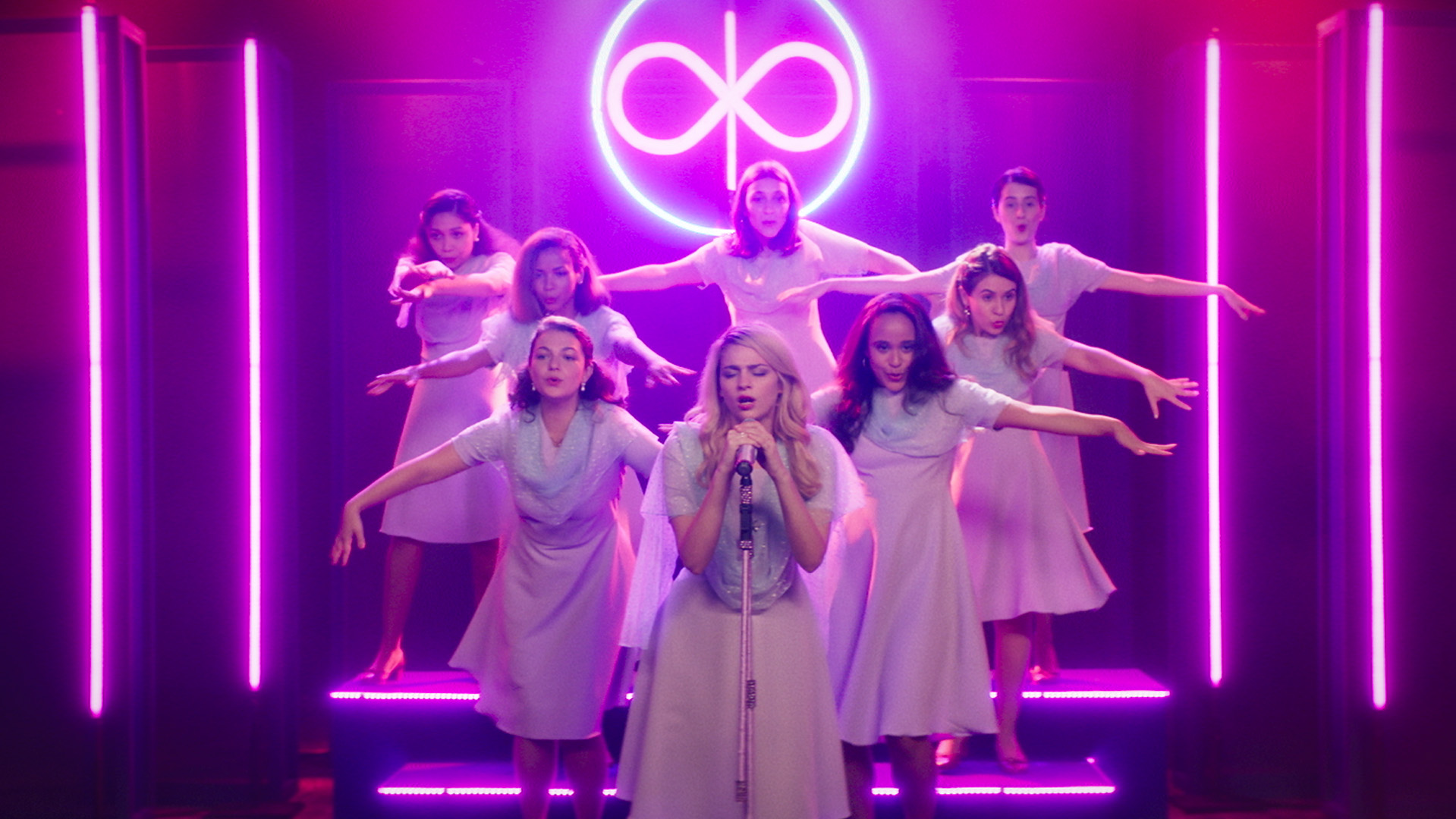 Six years between films is a long time … in today’s cultural micro attention that’s three lifetimes.  Though if the results are as refined and astute as Anita Rocha da Silveira’s second feature film.  It is not only worth the wait but is demanding attention within the film community.

Medusa an unsettling and beautifully transcendent horror drama shows us a society that willingly destroys itself gleefully to appease austere Christian Fundamentalism.  Rocha da Silveira uses imagery reminiscent of Giallo and its psychedelic use of primary colors to show us the breaking façade of Mari’s (Mariana Oliveira) perfectly constructed world.  A world that is divided between being a nurse in a plastic surgery clinic, to the gang of Christian women who at night find “morally objectionable” women and subject them to religious attrition.

Rocha da Silveira using this as a framework shows the faults and cracks in a society that uses force and violence against anything they find objectionable.  Fascism, Fundamentalism, Racism, Sexism, Homophobia are all critiqued here but never in the way one would expect it to be.  Rocha da Silveira and Director of Photography João Atala create a visual language and construct scenes to allow the viewer to see them for themselves.  Mari as she digs deeper and deeper into her psyche, we see the hypocrisy in her world and the helplessness she feels.

There are few films as refined and artfully savage as Medusa.