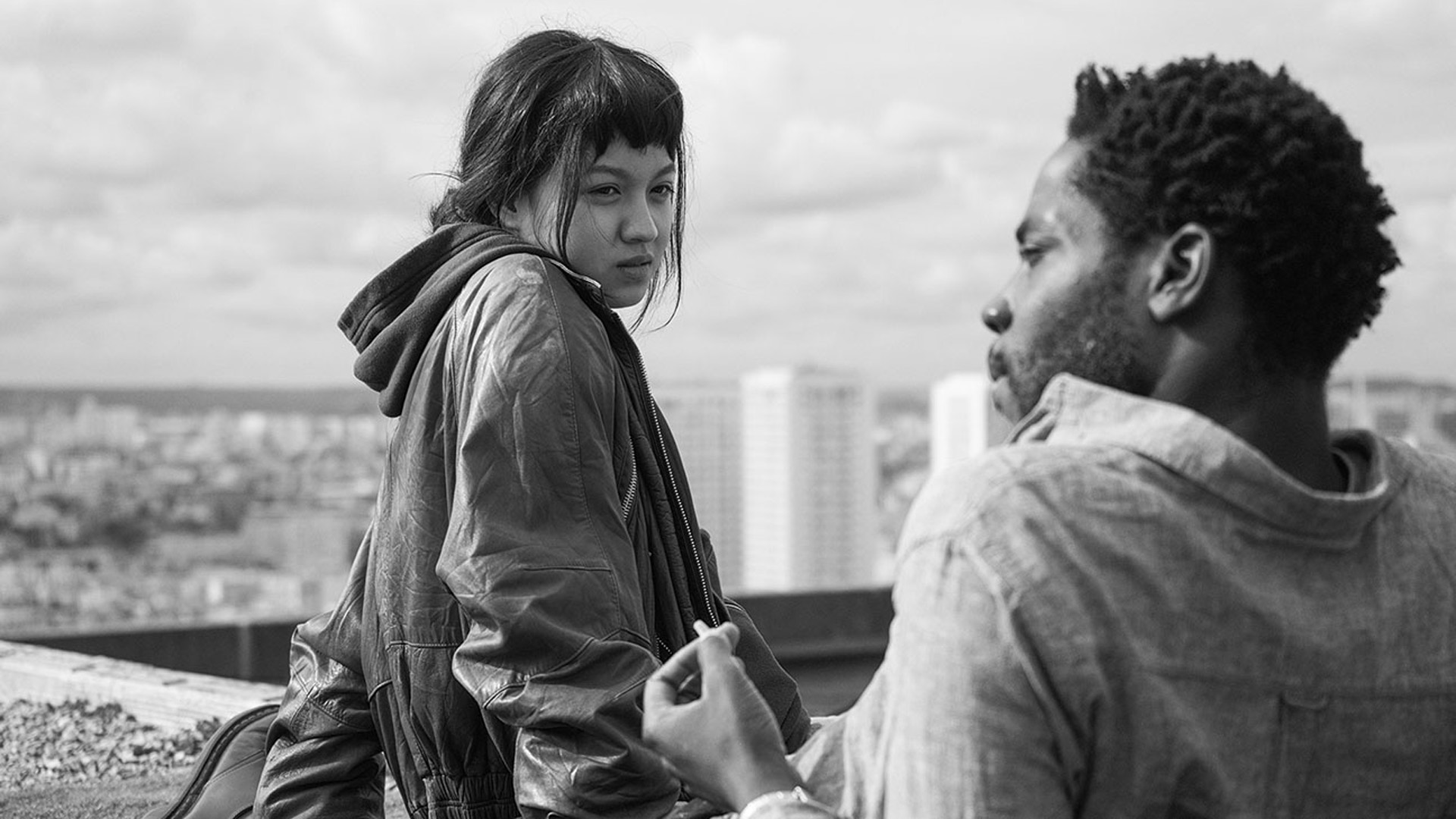 Romance is a complicated thing in 2021 … Director Jacques Audiard’s Paris, 13th District elegantly shows this and gives us hope.

Few films in recent memory feel as modern and understanding of relationships, sex, and love than Paris, 13th District. Director Jacques Audiard and his co-screenwriters Céline Sciamma, Léa Mysius, and Nicolas Livecchi craft an interweaving tale of intimacy and love.  One in which the prospect of love in the face of technology, stigmas, social bullying, and general arrogant behavior is tested and often broke.

The film never feels trite or manufactured in what keeps couples from truly connecting.  In an era where rom coms have come roaring back to life complete with the clichés in tow, this is refreshing in a way that can only be experienced.  The most shocking aspect of Paris, 13th District is there isn’t any aberrant and outright sociopathic behavior keeping couples apart, as is the tradition of the genre.  Audiard and company understand life and our own personality can keep us from connecting emotionally, intellectually, and physically.

The cast Lucie Zhang, Makita Samba, Noémie Merlant, and Jehnny Beth are as luminous as cinematographer Paul Guilhaume’s amazing black and white photography.  The ensemble each gives winning performances are at turns emotional, funny, and knowing in a way that recalls the relationship dramas of the 1970s.  Even the brashest of moments are handled with verisimilitude and subtlety that counteracts what could be considered histrionics.

Paris, 13th District continues director Audiard’s streak of visually astute films.  The work that he and cinematographer Guilhaume do is near revelatory.  Their black and white photography manages to be some of the best of recent memory without ever reverting to visual clichés of monuments or iconic visuals of Paris.  Rather the duo composes their frame with the human faces and bodies of their subjects.  Never exploitative but never shy about the human body in all its shades and forms, there is a resounding beauty to the way the image literally sparkles.

Few films leave one with a warm sense of ease than Paris, 13th District.  Its hopeful attitude in human interaction transcends language and earns its moments of true romantic declaration.  The simple joys of hearing someone say, “kiss me” and “I love you” are made as moments of triumph.  Those words echo the hope and humanity that we can connect as humans is the truly radical notion in Paris, 13th District.