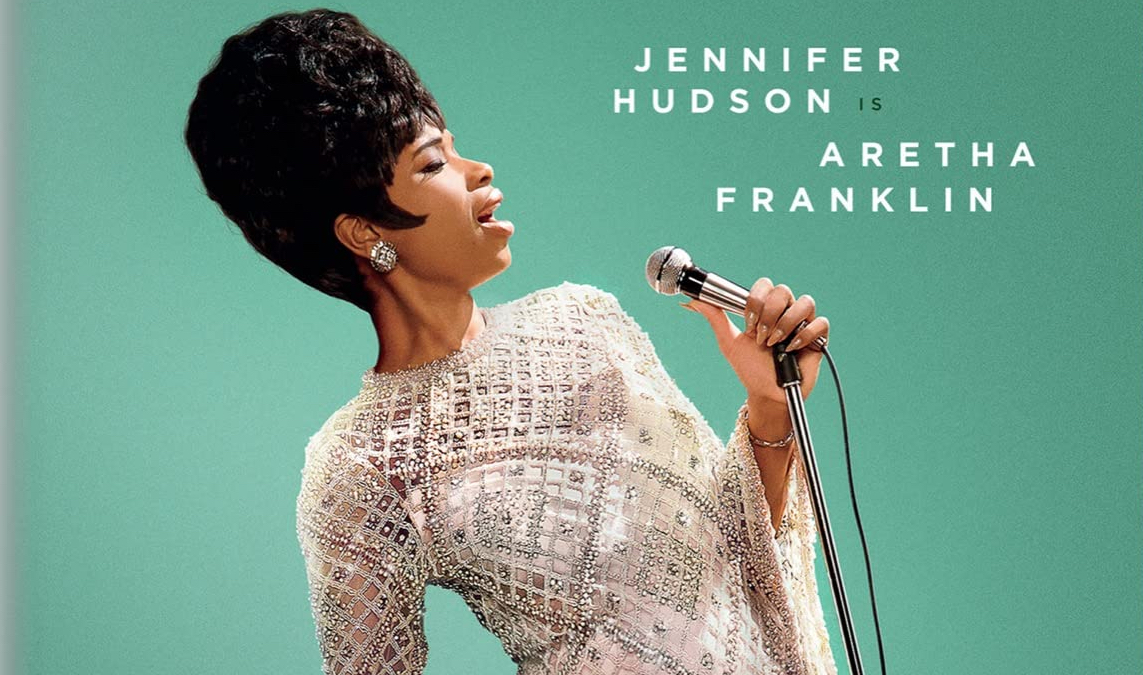 Jennifer Hudson is amazing as Aretha Franklin in Respect.  New to Blu-Ray from Universal.

Jennifer Hudson leads a great cast in Respect.  One wishes that the drama was as refined and impactful as the musical set-pieces.

Aretha Franklin (Hudson) was destined for greatness from an early age.  Her father CL Franklin (Forrest Whitaker) a prominent Preacher is friends with Dr. King, Dinah Washington (Mary J. Blige), and often calls on his ten-year-old daughter to perform at late-night parties.  It’s there that the young Franklin learns of the abuse at the hands of men that will haunt her throughout her early life.  Aretha a single mother at 19 begins her ascent to superstardom.  Not without roadblocks like her dogmatic father or her abusive husband and manager Ted White (Marlon Wayans).  Through it, all Franklin finds her power and strength in music but not before bottoming out.

Make no mistake, Hudson again shows why she is a singular talent.  Her performance is as good as her voice as she belts Franklin’s signature tunes.  The actor may not look like Franklin but no matter as she imbues her performance with who we think Franklin was.  This is a through and through star performance calling on Hudson to not just sing and perform but, in some cases, reenact well-documented moments from the singer’s life.

Hudson soars during the Muscle Shoals scenes where Franklin finally found her voice and sound with the musicians in Alabama with the help of Jerry Wexler (played by a superb Marc Maron).  The convex of music, performance, direction, and writing all come together in this charged 20-minutes of the film.  How the actors work together in these moments is a bit of cinematic magic as Aretha and these kids (as they are described in the movie) shows how artist bring things together organically.  It’s infectious and damn near perfect.

Everyone is elevated in these scenes.  Marlon Wayans does his best work in years during these moments as the jealous and spiteful Ted who uses race as a way to flatten everyone.  Hudson and Wayans push each other in the right ways making their arguments dangerous and more than just about their relationship.  It is a truly electric elevated moment in the film.

One wishes that the rest of the film was as adroit as a musical biopic as these scenes.  Unfortunately, the script hampers this by going paint-by-numbers trouble artist clichés as plot points.  The clockwork perfection of these moments fades away any sort of sincerity that the cast and director Liesl Tommy bring to the entire enterprise.  The cast and crew just cannot push past these troupes of the genre that are so embedded in satire that even to attempt them as they have as straight ahead isn’t enough.

That aside the musical performances are stunning and where the cast and crew shine.  Director Liesl Tommy brings a swagger and confidence to how they approach these set pieces.  There is a bravado to the camerawork but also an understanding of when the camera needs to focus on what is most important and pivotal to the scene, Jennifer Hudson’s Aretha Franklin.  In its final moment during the recording of Aretha’s Gospel Album is where Respect soars with acting, direction, musical performance all converging in a powerful moment that allows Hudson to summon all her talents as an artist.  The moment is heady and worthy of the 140-minute build-up.

The transfer for Respect is big, bold, and glossy as any recent Blu-Ray release.  The razor-sharp image is a dazzler and as close to a 4K release as a Blu-ray comes.  One does wish that after watching Respect on Blu-Ray that Universal had made the title available in the format.  No matter as the Blu-Ray is great.

A note must be made of the verbose sound work done.  The musical set pieces are a sound lover’s delight with the nuanced sound mixing differences between the various performance locations.  Dolby Atmos encoded soundtrack will give anyone’s system quite the workout.

NOTE: Universal’s Menu allows you a ‘play all’ function.

The Making of Respect (7:20) – Director Liesl Tommy and the cast and crew guide us through the making of the film and the way they approached telling Aretha Franklin’s story and how her music was the bonding agent for all involved and in creating the film.  This glossy featurette has some great b-roll behind-the-scenes footage.  Additional comments by star Hudson, screenwriter Tracey Scott Wilson, and Producers Stacy Sher, Harvey Mason Jr., and Jonathan Glickman, and others.

Becoming Aretha (4:42) – Jennifer Hudson discusses how she worked on creating the icon and person that is Aretha Franklin.  From Hudson wanting to play the icon to the tireless research and preparation, including learning the piano, for the role to the actual film.  Additional comments by direct Tommy, co-star Mary J Blige, acting coach Lelund Durond Thompson, dialect coach Thom Jones, screenwriter Tracey Scott Wilson, and Producers Stacy Sher, Harvey Mason Jr., and Jonathan Glickman and others.

Capturing a Legacy (3:49) – A look at director Liesl Tommy’s approach and her story from her childhood to making Respect.  This all-too-short featurette has some more great behind-the-scenes footage focusing on how Tommy directed scenes.  Additional comments by stars Hudson, Marlon Wayans, screenwriter Tracey Scott Wilson, and Producers Stacy Sher, Harvey Mason Jr., and Jonathan Glickman, and others.

From Muscle Shoals (2:57) – Another all too brief look at the history behind Aretha Franklin’s time and work with the musicians at Muscle Shoals.  Additional comments by director Tommy, stars Hudson, Wayans, Marc Maron, original Muscle Shoals members Spooner Oldham and others.

Exploring the Design of Respect (3:37) – Director Liesl Tommy, Production designer Ina Mayhew, costume designer Clint Ramos discuss the look and visual feel of Respect.  The featurette, again all too brief, discusses and goes into detail the look not just the costumes but all the locations/sets, props, and more.

Respect is all about the musical performances and Jennifer Hudson.  The Blu-Ray shines with reference quality picture and sound.  Recommended!!!

Universal’s Blu-ray Edition of Respect is out now