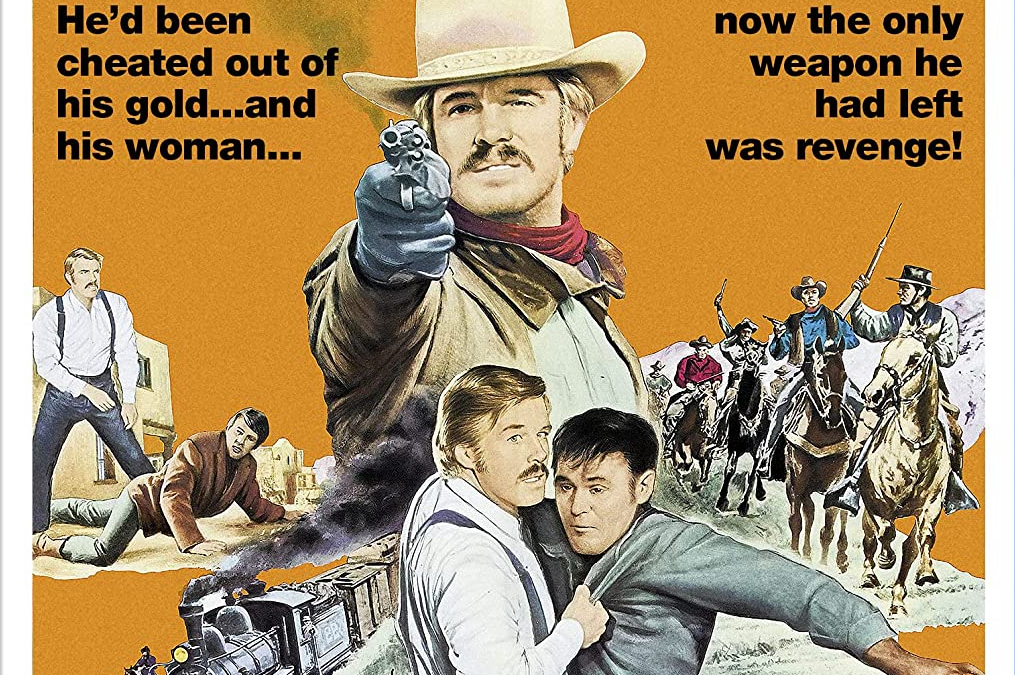 There’s a confidence to everything in One More Train to Rob that gives it a lighter-than-air quality for what could have been a nasty bit of business. Everyone from Peppard to director Andrew McLaglen to John Vernon to Harry Carey Jr are aware of the adroit script they have on their hands.

Harker Fleet (Peppard) is the best train robber in the business.  He’s smooth as he is crafty.  Watching the man work is both fun and a thing of clockwork perfection.  Though Fleet is a bit of a cad running around the west sleeping with unsuspecting women.  This catches up to him as he’s caught, or so we think, with a woman that he’s produced a child with.  It’s all a hoax set up by his partner Nolan (Vernon) and Fleet’s supposed paramour Katy (Diana Muldaur).  Sent to prison for eight years he’s out with a plan for vengeance.

From that description, one would think this is some sort of Italian Western starring Lee Van Cleef.  It is not.  Not in the least.  The film is more akin to the airy sort of Conman/Thrillers of the mid-to-late 1960s.  Not as whiplash smart as Gambit (a personal favorite) the film takes Peppard’s gifts as a charming lead and pushes them through the motions.

Peppard is all cool and calm disposition here.  If one wasn’t sure where Hannibal from A-Team came from.  One More Train to Rob feels like a dry run as there isn’t anything that Peppard’s fleet-footed Fleet can’t handle (sorry/not sorry about the puny-pun).  In fact, the entire cast is aces here.  Vernon specialized in a specific type of prick for most of his career.  Here is no different.  Vernon’s Nolan could have been the great-great-grandfather to Dean Wormer of Animal House.  Other actors like Muldaur, Steve Sandor, Carey are smartly used.  Look for early roles from the late great director Richard Donner and the late great stuntman and director Hal Needham.

Added bonus points for its attempts at trying to be progressive with a larger Asian cast and characters.  France Nuyen, Soon-Tek Oh, Richard Loo, and CY Yang all show up in roles that are far more prominent and respectful of these actors than most of what was occurring in film in this era.  One More Train to Rob smartly portrays the struggles of the Chinese slave workforce with some sort of accuracy (accuracy in the smallest of fonts).  Which is more than other Peppard starring vehicles can say (yeah, you know which one I’m talking about).

One More Train to Rob is best experienced without any of its surprises ruined as it truly is a delightful piece of entertainment.  One that is smarter than you may give it credit for.

Code Red has been provided a truly beautiful new transfer from Universal.  The signature Universal “look” from the era remains intact in this transfer.  Though credit, where credit is due the use of Technicolor, makes the colors pop on this transfer.  The set bound production often looks a bit flat though, that Universal look is here and it’s as beautiful as it got.  In the end, the handsome image is sharp and luminous.