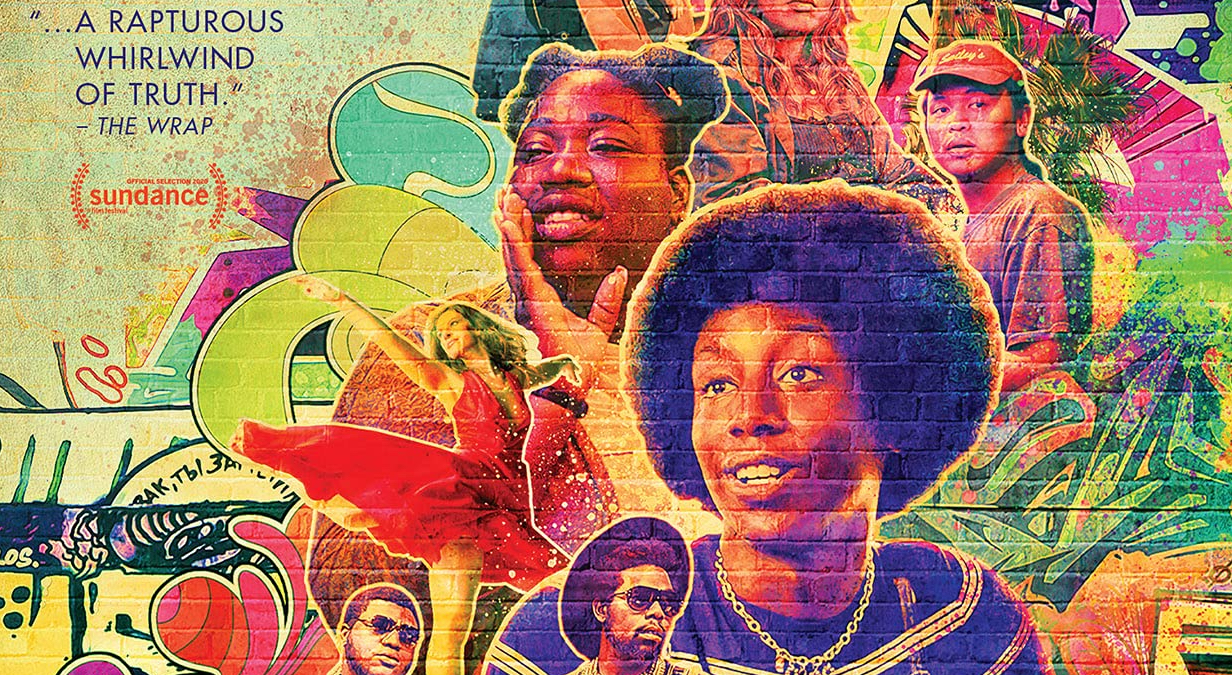 The director of Blindspotting and Raya and the Last Dragon’s newest film Summertime is a collage of Los Angeles life with all the artistry and beauty of the poetry it showcases. New to Blu-Ray from Good Deed Entertainment and Kino Lorber.

Summertime is a film that should not work in theory.  25 roles and storylines.  Poetry-infused stories are told in the way that Musicals are told.  Told over a 24-hour period of time.  It does in a beautiful dose of magical realism.

It is difficult to encapsulate the story of Summertime into a few sentences.  It tells intersecting stories of various young struggling, and not so struggling, citizens of Los Angeles.  From a man who just wants a hamburger that reminds him of home to a rap duo that loves rapping about their mothers to a couple in rap battle therapy to Korean line cooks working day in and day out much like the city is a truly diverse multi-layered story of art, commerce, angry, pain, sadness, joy and understanding.

Director Carlos López Estrada with Screenwriter Dave Harris and the collective The Summertime Poets who came up with the stories have created a new genre, The Poetic.  The film plays much like a musical.  When emotions are too great for a character they break into a poem about the subject.  Not just one style of Poetry but all genres and styles are afforded here; rhyme, iambic pentameter, rap, and more.

The way they move in and out of these verses is artfully designed as is the whole entire piece. Credit to Harris and López Estrada for figuring how the inflection points and how to construct a truly modern piece of filmmaking cultural art.  It isn’t just in how they are able to adroitly enter the poetry into the film but also how they are able to add an element of social media but it never feels like a gimmick or something that will age terribly.

Summertime is a film experience, unlike few others.  One that needs to seen rather than reading a review.  The film is a one-of-a-kind beautifully created an ode to not just Los Angeles but its citizens.

The audio commentary from director Carlos López Estrada and most of the actor/poets that appear and wrote poetry for the film.  Some of the details include how the film came together through a summer writing session, humorous score details during the avocado toast scene, most of the actors/poets in the film are their first appearance in any film, the therapy scenes and how he was constructed, and the Rap Battling your Demons Away book and how that was created, on-screen kissing and how awkward it was, Shaun Wang documenting the various neighborhoods and murals of Los Angeles, filming in Eagle Rock, how the Korean Restaurant Line Cook scene was developed and produced, the production and development of the “red lipstick” poem, the production of the scenes and the dance that was performed, the community screenings they had done during the time of release, the development and performance in the Smiley burger, and much more.  For a group commentary the track is very focused and informative and not just a bunch of people talking over each other.

The Road to Summertime: The Making of Summertime (46:15) – this in-depth making-of is quite fascinating on a very unusual production.  Beginning with an introduction by director López Estrada what begins is a sort of fly-on-the-wall making of documentary.  Some of the details include the high school program Get Lit, how Blindspotting (director López Estrada first film) informed the film, the odd development structure, the production, post production (including the moment the cast and crew hears the film is going to Sundance), the Sundance experience (including a cameoes by Leonard Maltin, Alec Baldwin and Daveed Digs), the release and more.  The making-of has a wealth of b-roll footage documenting this film’s trajectory. This featurette is just as important as the film itself as it documents these artist’s growth through the process on this wonderful film and without saying it the importance of artistic endeavors like poetry and art in general.

Becoming a Poet: with Kelly Marie Tran (7:51) – a look at executive producer Kelly Marie Tran indoctrination into Slam/Beat Poetry.  Featuring a lot of the poets/actors from the film discussing and workshopping with the Tran including her first performance of her first poem.

Summertime is one of the most unique films of 2021 and should be seen.  Highest Possible Recommendations!!!