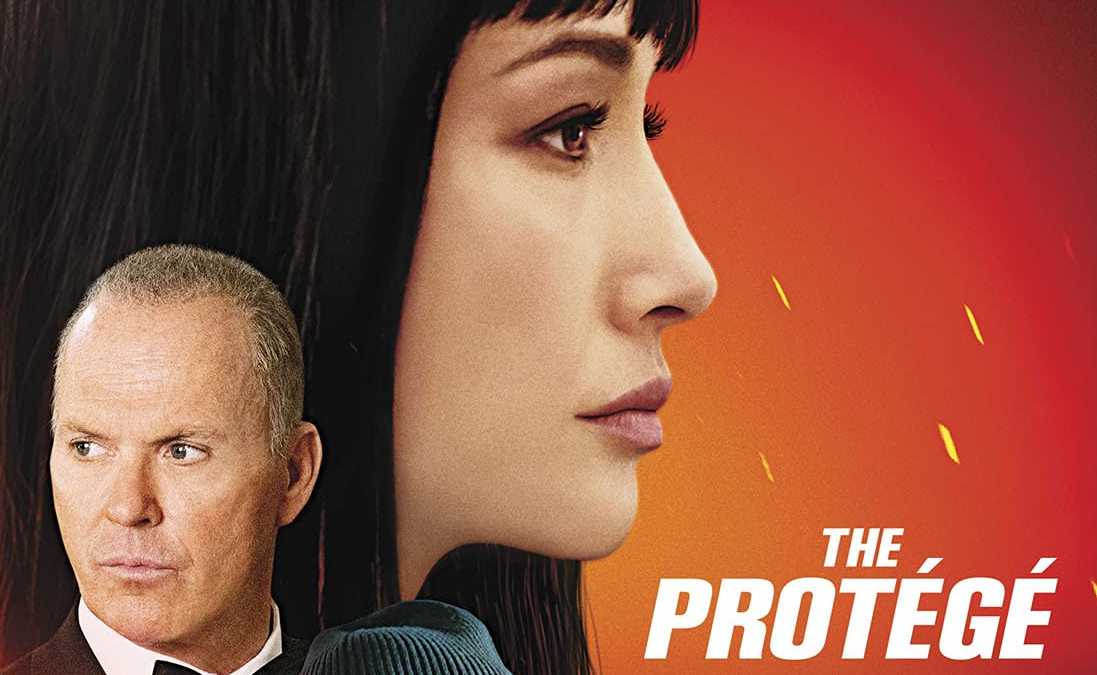 A deep-fried B-Movie Plot with an A-List Acting, Directing and Writing elevates The Protégé.

Martin Campbell is responsible for one of the best action-adventure films of the last 20 years in Casino Royale.  He brings his classic formalism to The Protégé and gives Maggie Q the best starring vehicle since her La Femme Nikita TV Series.

Moody (Samuel L Jackson) while on a mission in Da Nang, finds Alice (Maggie Q) hiding in a closet.  Alice at 8-years-old has somehow managed to kill three would-be torturers.  Seeing an opportunity, Moody decides to take the young lady as his ward.  Cut to thirty years later Alice is now helping Moody take care of not-so-good people … for a price.  After an encounter with the mysterious Michael Rembrandt (Michael Keaton) the people in Alice’s professional life end up dead and now she’s on the run.  Forced to go back to Da Nang Alice is out to find out why people want her dead and how to exact her vengeance.  If Rembrandt doesn’t get to her first.

One had wished Maggie Q had more films and roles like this during her Nikita days.  Q has always been a superstar in waiting or looking for the right vehicle to fit her strengths.  The Protégé feels like the beginning of a fruitful series for the actor that’s conforms to her strengths.  Mainly kicking ass and taking names.  Few actors have the ability to bring the elegance and grace that Q brings to her roles and here is no different.

What could have been “paycheck” roles for both Jackson and Keaton prove to be adroit choices for both actors who actually turn up.  Jackson brings his patented charm and bluster that will instantly put a smile on your face.  The era of Jackson playing younger in flashbacks continues here but it isn’t as jarring as one would think.  Most audience members will see the arc of Jackson’s character a mile away but the charm and enjoyment that the legend is having one will forgive the clichéd plotting.

Keaton is actually a pleasant surprise in that American Assassin mode as grizzled smart aged like fine wine operator.  Even what could be an eye-rollingly creepy would-be sexual chemistry between the 70-year-old Keaton and the much younger Maggie Q proves to work.  It helps that Keaton and Q do indeed have a charge and chemistry in their scenes together.  Their scenes together are fun rather than creepy which it could have been.

Director Campbell working with longtime collaborator David Tattersall brings a professional sheen and luster to the film’s visual look.  Everything is expertly crafted for maximum impact in all the action scenes.  The scenes are refreshingly human scale with the impact and hard edge of the well-earned R-Rating.  It’s the meaningful touches that Campbell and his behind-the-scenes/below-the-line talent bring to the film’s action.  Choices like using non-CGI blood, classic editing rhythms, clear concise shot compositions all add up to The Protégé being smarter than you average B-Movie Action Thriller.

The Protégé is given a top-notch 4K UHD Transfer.  The Dolby Vision, HDR10 encoded transfer pulled from a native 4K image is stunning.  Like the best of UHD discs it’s not necessarily the sharpness of the image (which this transfer has) it’s the color production, contrast, and black levels that amaze.  The film is primarily shot at night or in low light and the image is a marvel of how much information in the blacks there are.  Having watched the film three times (once on Blu and twice on UHD for the Dolby Vision and HDR10) the preference is Dolby Vision which feels like all-around a more verbose image than any other options.

The audio commentary by director Martin Campbell begins/admits that the entire film was shot in Romania except for a few location shots in Vietnam.  Some of the details from the track include the benefits of shooting in Romania beyond tax credits, the film was shot pre-COVID but just before the outbreak, the delays as they had one week of pickups as COVID Broke, the use of the previous communist dictator’s mansion as a location, Maggie Q’s bonafides including training under Jackie Chan, some of the use of CGI because of shooting in Romania, working with Samuel L Jackson, how abbreviated production can really effect being able to prep with an actor, working with Michael Keaton, the work of screenwriter Richard Wenk, how he directed the scenes that were eventually filmed in Vietnam, the final days of shooting as COVID shut everything down and how they got out, the lack of CGI in the film and its use for wire and rig removal during the action scenes and backdrops/backgrounds, Campbell’s thoughts on how to construct action, the casting of Vietnamese extras in the middle of Romania, the action scenes involving Michael Keaton, the fight/courtship scene between Keaton and Q, the challenges of creating the ending finale, and much more.  Campbell’s relaxed commentary does give a lot of information about the production which was hit by COVID.

Scars of the Past: Making The Protégé (37:10) – a surprisingly in-depth making-of featurette.  The making-of details the production with b-roll footage, interview footage, and scenes from the film.  The making-of covers the production itself, the actor’s involvement, the work that was done by screenwriter Wenk, the action scenes that have been built, the visual look and how Campbell works, the work that the production did to make Romania substitute for Vietnam, how COVID effected the production, the post-production and how it was accomplished after the lockdown, and much more.  This is a very thorough and quite fascinating making-of as they do not skirt how COVID changed the production.  Comments by director Martin Campbell, actor Maggie Q, actor Michael Keaton, actor Samuel L Jackson, screenwriter Richard Wenk, producer Robert Van Norden, editor Angela M Catanzaro, cinematographer David Tattersall, and other crew.

Deleted Scene (1:48) – an art gallery scene that has Ana (Maggie Q) looking at various relationships with friends and a very toxic male.

The well-made The Protégé will entertain and surprise action fans.  Recommended!!!

Lionsgate’s 4K UHD of The Protégé is out October 19th