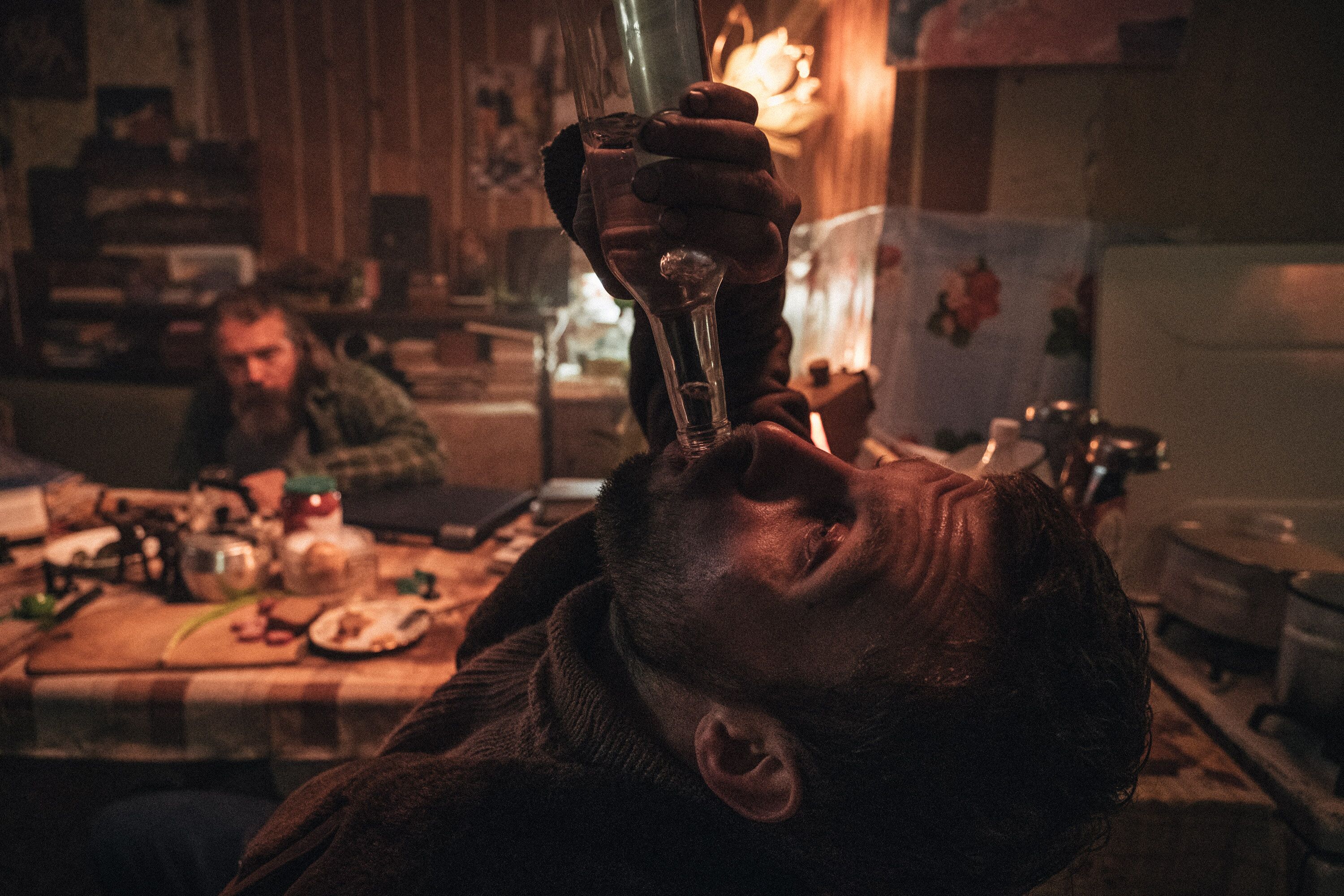 This surreal, fever-dream of a story set in post-Soviet Russia comes from controversial film and theatre director Kirill Serebrennikov, who wrote the screenplay for Petrov’s Flu while under house arrest in Russia.

When award-winning novelist Alexey Salnikov published The Petrovs In and Around the Flu in 2018, and when that novel was adapted into Petrov’s Flu by director Kirill Serebrennikov, neither could have envisaged how prescient sections of the resulting film would be.

We first encounter Petrov (Semyon Serzin) on a packed tram on New Year’s Eve. He is clearly not well, and is suffering with flu. There seems to be a lot of it about. An old friend pulls him off the bus, and the evening becomes an alcohol and Soviet-era aspirin-induced delirium involving (among other things) a hearse, a suicide plan, and a firing squad. It is not always immediately clear which part is real, and which is the fever talking.

The handheld camera follows Petrov as he walks around the labyrinthine set, resulting in some dizzyingly long takes in which the scenery must literally be shifting behind the camera before the actor walks through the next door.

Meanwhile across town, Petrov’s wife Mrs Petrova (Chulpan Khamatova), a quiet librarian suddenly acquires superhuman powers and has violent thoughts, including taking revenge against violent men. As it turns out, Petrova has also caught flu, and again the line between dream and reality is blurred. When their young son also goes down with a searing temperature, the whole family is subsumed into bizarre dreams of childhood and aliens.

There are moments when it’s difficult not to recoil from the screen while watching Petrov’s Flu; in this day and age there’s something quite unnerving about so many unmasked people coughing in such close proximity to each other.

Yet unwittingly, this also underlines the point that I think Serebrennikov is trying to make. And that is, that modern society is sick; sick with corruption, with alcohol and drug abuse, with inequality.  And until attitudes change, and it is all too easy to pass on that sickness to other people, including the younger generation.

Petrov’s Flu isn’t necessarily the easiest film to watch, but if you’re up for a bit of a mind-bender, then it’s worth a go.