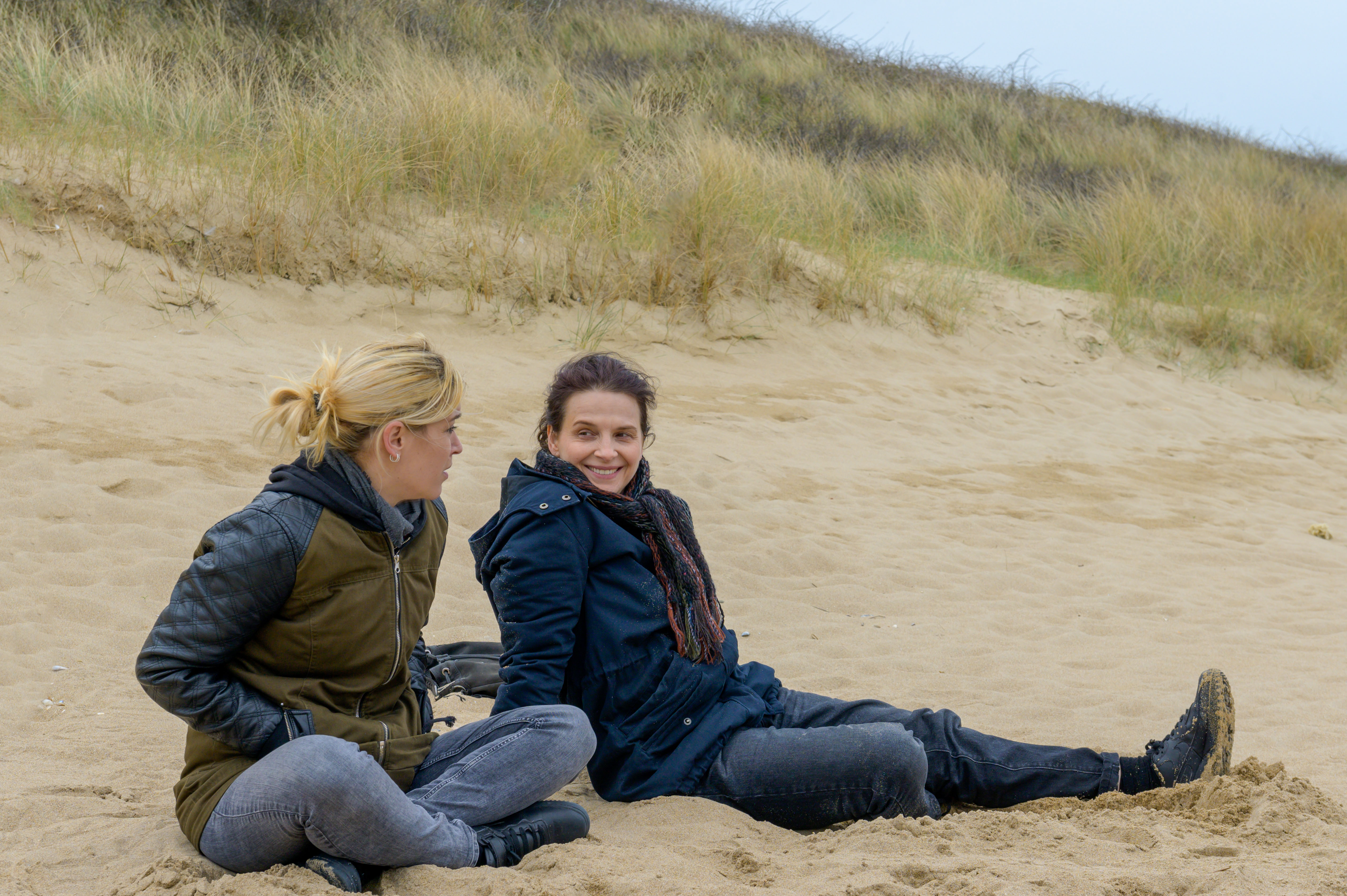 An account of a writer exposing the economic difficulties of low-paid workers in northern France is either a well-intentioned misfire, or a betrayal of the original story’s premise. Not even Juliette Binoche can help.

I’m going to be generous here and start by giving Between Two Worlds the benefit of the doubt because to do otherwise would be unfair on the honest workers whom the film professes to support.

Based on a book by renowned French journalist Florence Aubenas, director Emmanuel Carrère has brought to the screen a story of a writer (Marianne, played by a make-up-less Juliette Binoche) who goes undercover as a cleaner in the northern French port town of Caen to expose the real lives of the (mostly) women who work the most menial of jobs in the most exploitative of situations. She wants to ‘live the life for real’ so that she can bring the story to a wider (ie more affluent) audience.

The film opens with promise, with an agitated young woman berating staff in the Job Centre – they have not completed the paperwork they promised and she is in danger of not having any money with which to feed her children. Perhaps it was a little reminiscent of Ken Loach’s I, Daniel Blake but it certainly gives a flavour of what we can presumably expect.

Waiting her turn in line is Marianne (Binoche) – dressed down, almost humble, seeking whatever kind of employment she can find with no qualifications behind her.

Over the weeks, Marianne builds friendships with her colleagues; they go bowling, help her fix her car, spend what little money they have on buying her a birthday present. What they don’t realise is that she is using them as material for her story. Marianne earns their trust, even when asking too many questions and almost giving herself away.

But even if this were to happen, we know that Marianne is not destined to live this life forever. If she loses this job and can’t find another, she can return to her publisher and her comfortable home. She may be able to report on what she sees, but she will never truly understand how it feels to be fighting to keep your head above water every single day. The film never acknowledges this for one second.

There’s an additional problem. To be true to the premise of the source material, then the writer herself should be absent from the story, not its focus, surely?

With the exception of Binoche, the cast is filled with non-actors, chosen from local castings. La Binoche seems to have learned her way around a toilet brush and a bottle of bleach, but that does not excuse anything.

About halfway through I was praying that we would not have a happy ending – neither Marianne nor the story had not earned it – and the thoughts of what would happen if she were found out were too devastating to consider. If the woman discovered her true identity, surely the betrayal would be insurmountable?

Generosity would say that Between Two Worlds is well-intentioned but misses the mark. But in all honesty, it is a betrayal of the very people it set out to defend.

Between Two Worlds plays at the London Film Festival from 16th October 2021.