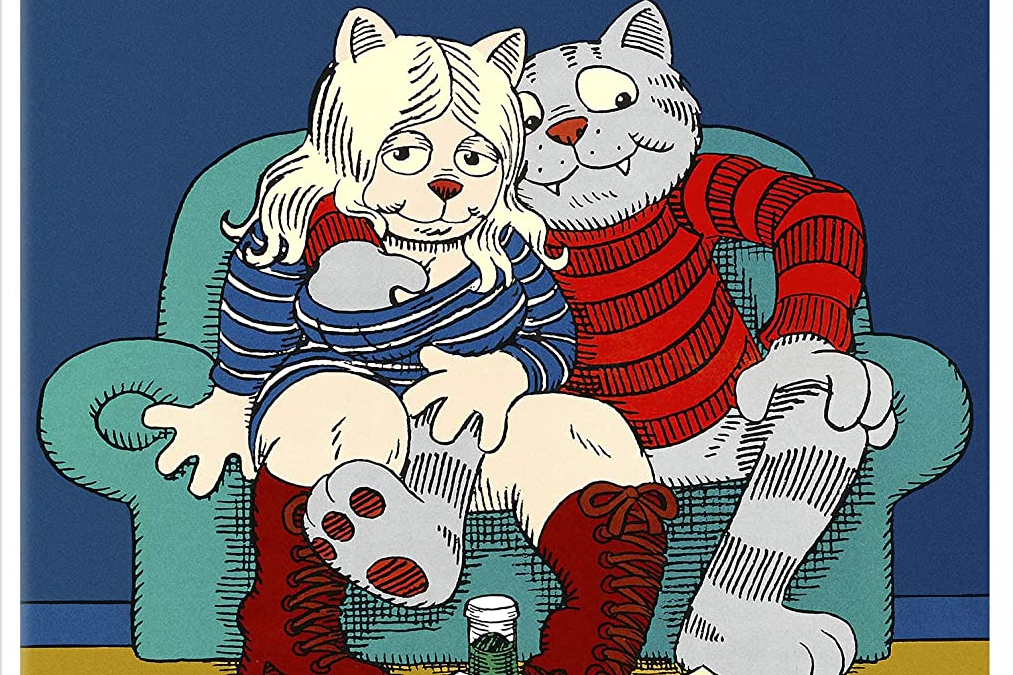 R Crumb’s most notorious creation Fritz the Cat makes its Blu-Ray debut thanks to Scorpion Releasing.

Writer/Director Ralph Bakshi scored an unexpected hit with the ne’er do well, animated cat named Fritz.  The X-Rated Animated feature is still shocking as it was when it was released in 1972 but not for the same reasons.

Fritz is your average cat in college circa 1960-something.  He wants to smoke weed, bed women, and drink the night away.  Everything he assumes about the counterculture is wrong.  This wrong-headed … some would say privileged point of view gets Fritz into all kinds of trouble culminating in a Race Riot (he causes). Forced to flee New York, towards the west coast, Fritz continues to find trouble until he’s met his match with a group of radicals that are going to show him what real defiance is.

By design, much of R Crumb’s is meant to antagonize everyone and leave no stone unturned.  The way that he uses Animals as stand-ins for certain sectors of humanity is upsetting, crass, and bordering on racist.  But that’s the point.  Though Crumb was always steered left with his political views, where Bakshi creates a film that takes aim at everyone.  The film takes pleasure in aiming at the radical left (“Hippies” if you will) and fascist institutions like the Law Enforcement of the 1960s with their brutality.

The tension between the creator and adaptor creates a truly dangerous film.  The way that Fritz continues to go from one sector of culture to the next creating chaos and dodging the consequences of these actions is the way the film is structured.  Every moment Fritz continues in his self-aggrandizing stoned or drunken way.  One would think this is the point of the critique of the piece.  A critique on White Males disguised as Cats and it may be but it’s never a condemnation.

The transfer provided to Scorpion Releasing is a solid transfer.  The age, wear, and tear of the source is prominent.  There are the occasional dirt specks but considering a restoration would be a massive undertaking this transfer is probably the best there is. The image is sharp and the color reproduction is on point (comparing to the decades-old DVD).  All around it’s a massive upgrade from the previous home video release.

The newly recorded audio commentary by Artist/Historian Stephen Bissette and Author G. Michael Dobbs begins with both of their bonafides in the animation world and their first experience seeing this film.  Some of the other details include how Fritz the Cat got its X-Rating, the film I am Curious Yellow which was the first unrated film to hit through the mainstream and its success because of strong sexual content (they do mention how the sexual content is NOT the main content of I am Curious Yellow), a note about the final moments of the MPAA Band of X-Rated in this film, the rise of X-Rated films, how around the country the rise of “porno chic” in the 1970s, the definition of what the “raincoat crowd” here, Bissette’s work as an artist, the career and times of R Crumb, how R Crumb dealt with the racism and the more problematic portion (all of which were included by Bakshi, not shockingly), the various differences of this very loose adaptation of the comic strip, the depictions of the Black Community as Crows and the history around that in America, how the dialog of the Crows were achieved according to Bakshi, the use of Crows in films like Disney’s Dumbo and others, Crumb’s own inherent racism in his comic strips, the career and work of Ralph Bakshi, his work beginning with Paramount, his work and influences on his work, the other films Bakshi made in the 1970s Heavy Traffic and Coonskin, the pushback against Bakshi from the underground comic movement, the work of producer Steve Krantz to bring the film to the screen, how the early animation work brought Bakshi and Krantz together, the various very famous animators that worked at Territoons and eventually worked on Fritz the Cat and other animated features, they reference an two-part article that’s the definitive work by anyone on the making Fritz the Cat, and much more.  Anyone curious about the making of the film will definitely want to listen to this deeply researched and entertaining track.

Radio Spots (0:53) – a single radio spot that plays over an image of Fritz.

Fritz the Cat is worthy of rediscovery and the discussion it brings along with its powder keg narrative and themes.  Recommended!!!