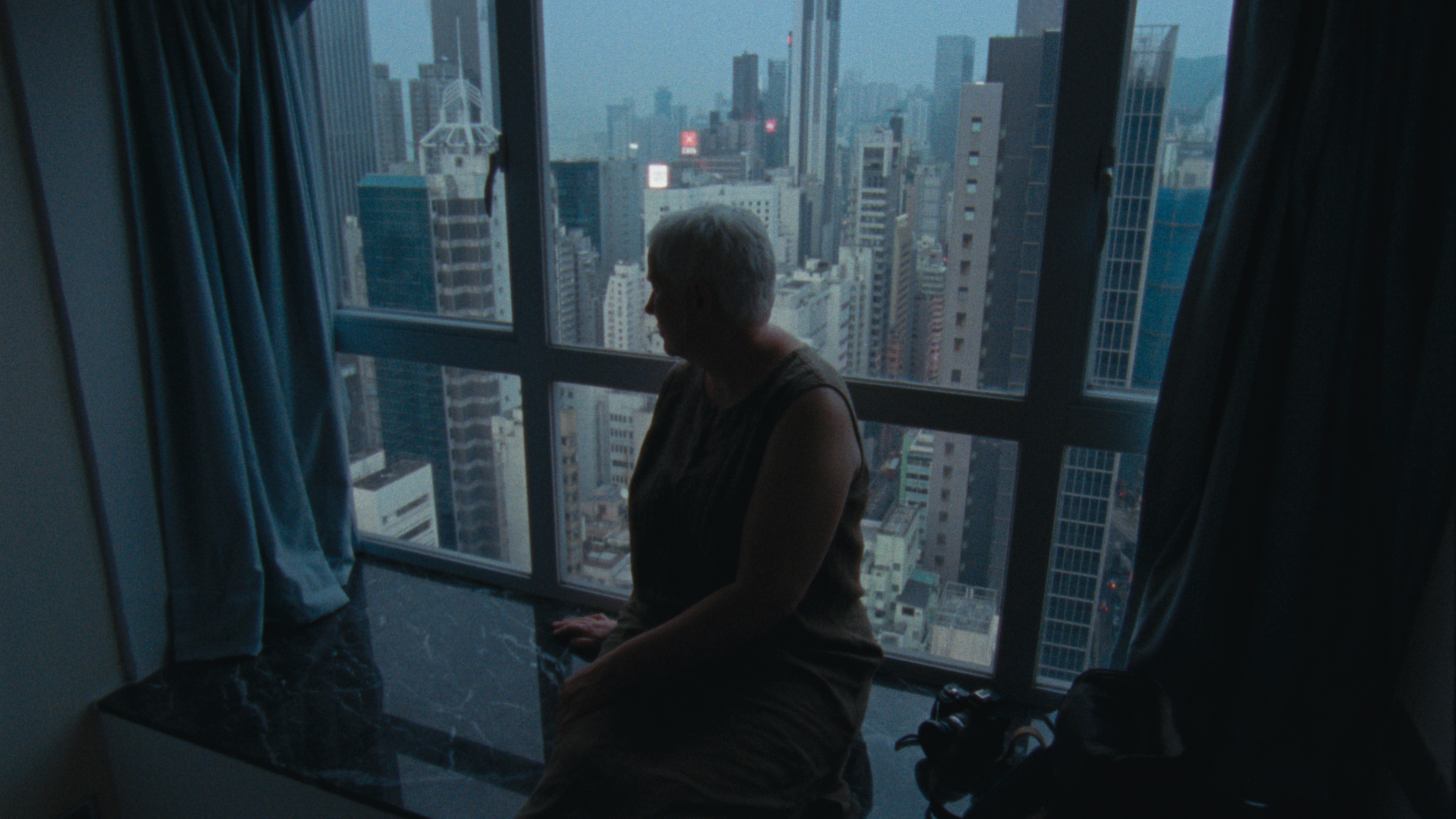 Contemplative and slow-paced, Wood and Water sees a recently-retired woman travelling to reunite with her son, but instead finding an inner connection with herself on a journey to Hong Kong.

Hong Kong is on my list of places to visit one day, and yet the city that we see in Jonas Bak’s first feature Wood and Water only vaguely resembles the tourist images that spring to mind.

Played by the director’s mother, Anke (Anke Bak) first appears in her lovely home village in the Black Forest in Germany, surrounded by picture-postcard houses and beautiful countryside. She’s celebrating the start of her retirement, and is disappointed to learn that her son is unable to join the rest of the family in Germany as access to the airport is blocked by pro-democracy demonstrations in Hong Kong where he lives.

Shortly afterwards she decides to surprise him and makes the solo trip to Asia, which is the beginning of three days of introspection and self-discovery for Anke, as she navigates around a completely different environment.

Rather than embarking on a whirlwind of tourist activity, Anke spends time talking with strangers and gradually finds her feet. This includes sharing street food and tai chi with her son’s doorman and sharing a bus journey with a retired teacher/social activist, presumably on his way to take part in the demonstrations in the street below her son’s apartment. Faltering at first, Anke accustoms herself to her new surroundings, her new life, and perhaps a new relationship with her absent son.

The contemplative slow-pace, cinematographer Alex Grigoras’ use of Hong Kong’s architecture, and the feeling of isolation and disconnection imbue Water and Wood with the same kind of atmosphere as Kogonada’s Columbus. No major action is going to take place, it is genuinely just a retired woman coming to terms with life, but it feels like much more is happening.

The transition from Germany to Hong Kong takes place in a sequence which clearly indicates a journey, but which does so without any reference to airports or even aircraft. It’s inventive and works beautifully. Other shots of streets in Hong Kong or of the Black Forest benefit from some very deftly-handled overhead camera-work, and the sparse music is ethereal and moody (as is probably to be expected from none other than Brian Eno).

The high, closely packed apartment blocks and the streets below team with people in close proximity, and yet Anke is enjoying her solitude. In Germany she walks among tall trees by a tranquil river; in Hong Kong, the river is replaced by busy streets and the trees by concrete skyscrapers. There’s a sense of aloneness in the former, but loneliness in the latter, and we can perhaps begin to see the difference.

Wood and Water plays at the London Film Festival from 13th October 2021.