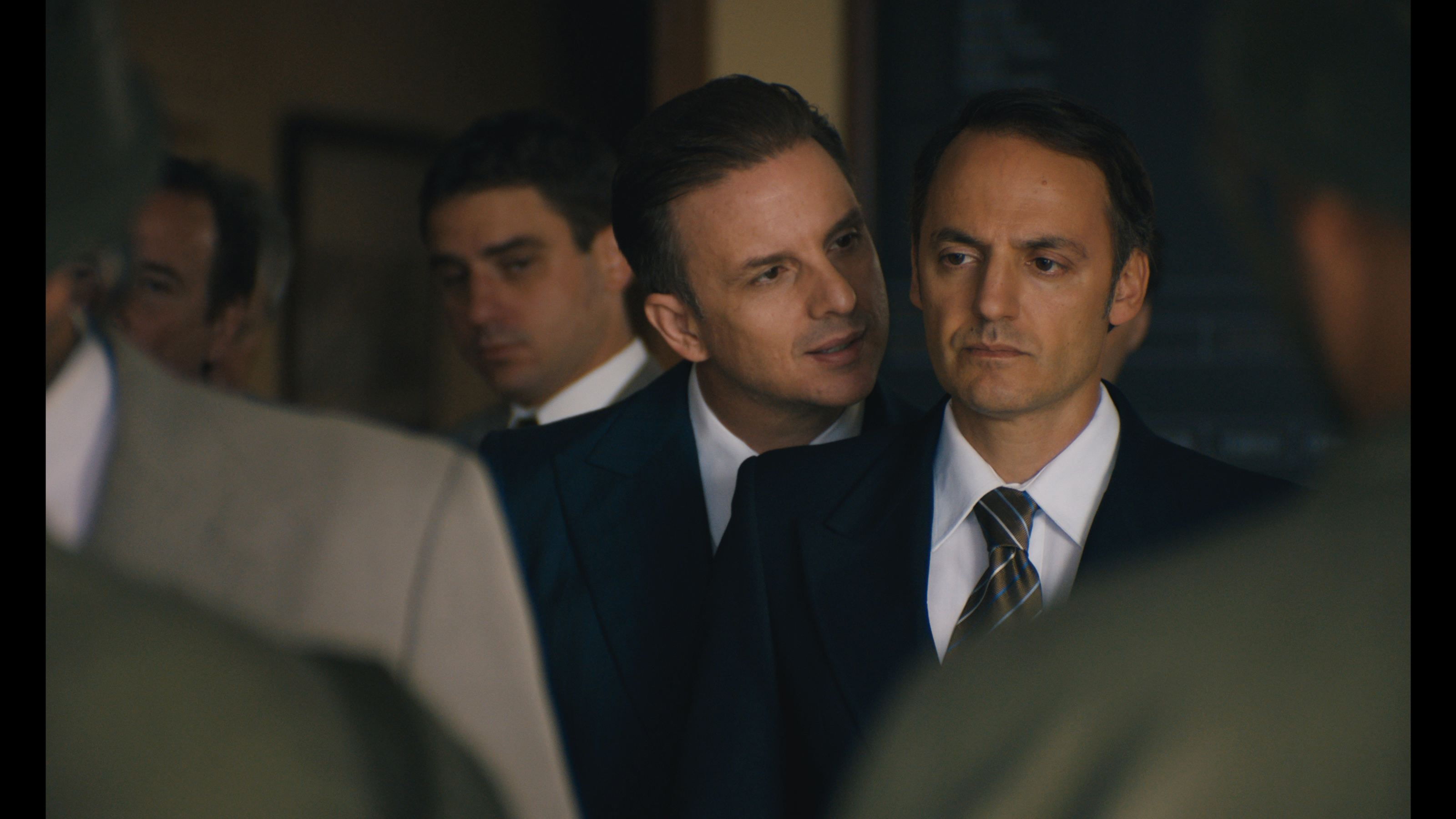 An atmosphere of quiet menace pervades this conspiracy thriller set in 1980s Buenos Aires. Azor is the feature debut of Andreas Fontana and leaves you to make your own mind up right to the very end.

Newly arrived in Buenos Aires with his equally impenetrable wife Ines (Stéphanie Cléau), Yves’ task is to reassure his wealthy and powerful clients that they should remain with his private bank following the sudden disappearance of his business partner René Keys. Keys, much like Rebecca in Hitchcock’s 1940 classic, is a character never seen on screen but whose presence is heavy in every meeting, every interaction which takes place.

Audiences in those parts of the world where simply knowing who the current holder of the FIFA World Cup is will easily pinpoint from one sentence spoken that the year is 1980. This places the story firmly in the middle of the dictatorship which controlled Argentina until 1983 (viewers who have no knowledge of the 1978 sporting competition are helpfully presented with a calendar a few scenes later, which confirms the date).

Azor, therefore, is set in an Argentina which was steeped in violence and yet we deliberately see nothing of this in the film. But knowing that these things are happening elsewhere, while the rich and powerful men in charge meet at their private clubs or visit the racetrack, makes the ordinariness of the interactions seem even more chilling.

Yves knows he must charm and flatter his clients to keep them onside, knowing at the same time that nobody can be trusted. The sense of unease permeates. Conversations are both convivial and menacing at the same time. The camera positions itself at a distance, as though to make the audience implicit in the surveillance and there is a spare, chilling atmosphere throughout.

Yves’ clients constantly remind him that he is not like his partner Keys, and also that Keys always seemed to know the right thing to do. Will Keys’ whereabouts ever come to light? And will Yves’ different method of doing business be enough to keep the rich and powerful on his side?

The tensions between knowing exactly what needs to be done, and the terror of not knowing who is to be trusted at any one time, flick across the face of Fabrizio Rongione’s Yves. We are kept guessing as to what is happening, and not even Yves can enlighten us. It might have been just my imagination, but Yves also seems to get physically shorter in stature as the film goes on, and his hold on power seems to be slipping away.

We learn from a conversation between two of the women the significance of the word Azor – it’s a colloquialism used in certain circles as a reminder to be careful what you say or to say nothing. Yves is the master of it.

In his first feature, Andreas Fontana has created a chilling atmosphere of corruption and control which will leave the audience to make their own minds up, right up to the final frame.

Azor plays at the London Film Festival from 13th October 2021, where it is in competition in the First Feature category.