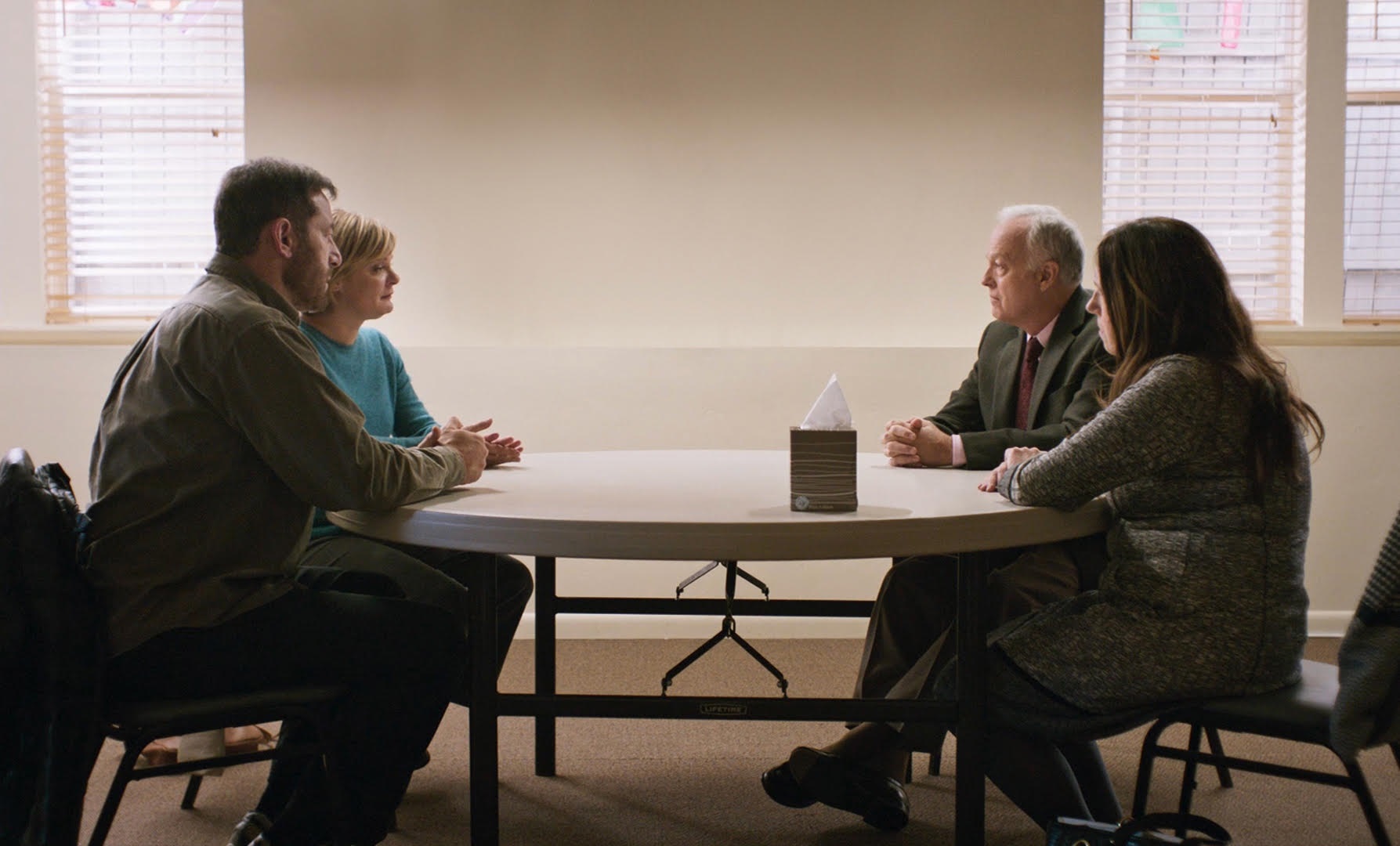 Excellently scripted and wonderfully played, Mass is a powerful piece of cinema examining raw emotions and important themes in modern America. As a first piece of directing and writing from Fran Kranz, it’s impressive.

It would be easy, as I did, to assume that Mass is an adaptation of a stage play, but it is not – which makes it all the more remarkable that this thought did not linger, and that the film is compelling enough to be dialogue-reliant without being stagey.

Four adults are seated around a table. Gail (Martha Plimpton) and Jay (Jason Isaacs) have arrived first, anxious and on the verge of leaving immediately. Then Linda (Ann Dowd) and Richard (Reed Birney) nervously appear.

Each couple, it transpires, had a son involved in the same terrible tragedy which tore everyone’s life apart. After years of written communication, shepherded by lawyers, the parents have agreed to meet to speak privately, in-person, to try to move forward from the pain which each is carrying.

Mass is a film which is all about feelings, and it is a distressing yet compelling watch (my blank notebook can attest). Quickly establishing that the political argument around gun control is not going to be part of the discussion, the dialogue turns to unpicking the accumulation of emotions that each parent has been dealing with; not just loss, grief, and anger, but also self-blame and regret.

In a film where everything takes place in one room, the focus is clearly going to fall on the actors’ performances – and they are all outstanding. It’s difficult to pick one above the other. Plimpton’s Gail probably goes on the biggest journey and outwardly emotional ride, and Birney’s Richard is the least likable character who still manages to win our empathy. But perhaps Ann Dowd’s quietly drowning Linda is the real stand-out; at one point she is clutching some flowers and it feels like they are the only thing keeping her upright. Her mother-hen cloak shields her from the depth of horror of her true feelings which only gradually seeps out to be confronted.

Equal credit though must go to Fran Kranz. For his first time writing and directing, Kranz has created a thoughtful, emotional, and absorbing drama which is quite extraordinary in its sensitivity and insight. It’s a small film which deals with big themes, and it most certainly deserves an audience’s attention.