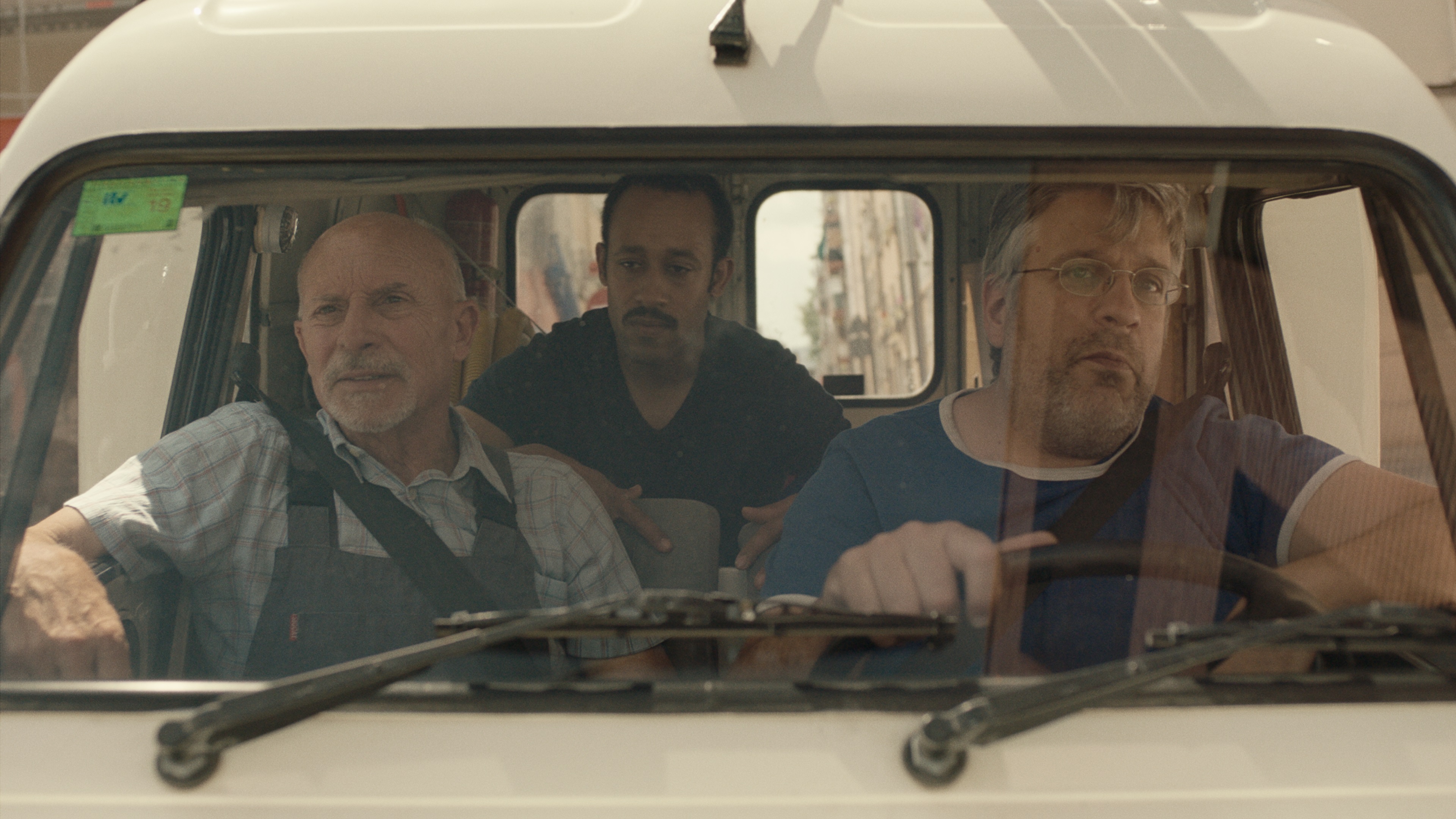 The trials and tribulations of three odd-job men working in the suburbs of Barcelona come under scrutiny over the course of six days in the latest from Catalan director Neus Ballús.

Moha (Mohamed Mellali) is a Moroccan immigrant in Barcelona who is on a week-long workplace trial at a small plumbing and electrical company. He is desperate to prove himself to the about-to-retire Pep (Pep Sarrà) and the curmudgeonly, in fact at times prejudiced, Valero (Valero Escolar). In addition, Moha is learning Catalan and gets on well with the customers whose homes they enter, whom he treats with respect – and, he knows how to do his job.

The London Film Festival clearly marks The Odd-Job Men as a documentary and yet it’s really difficult to see how this can be the case. The closest thing may be scripted reality, but even then it’s difficult to see the join. This has to be down to the cast (the three men are non-professional actors, plumbers in real life) who have such a good rapport with each other and an easy on-screen presence that it’s impossible to tell that they haven’t been acting for most of their adult lives.

After spending the day at work with the men, we also accompany them home where we learn a little more about their private lives – but until the film reaches its final scenes, it’s information which they choose not to divulge to each other.

For all that the cast are not professional actors, a couple of scenes truly stand out. In one, the normally bombastic Valero suddenly realises what it feels like to be the outsider in a situation, and he is suddenly silent and uncomfortable. The second is when Pep berates a gang of builders for their workmanship; his decades of expertise are not going to be ignored and he makes sure that the foreman is aware of his displeasure in such a precise way that it causes serious giggles.

So whether you choose to define The Odd-Job Men as a documentary, scripted reality, or just a well-observed comedy, you’ll also get a peek at fragile masculinity, issues of immigration, and human connection in a delightfully light-hearted package.

The Odd-Job Men plays at the London Film Festival.