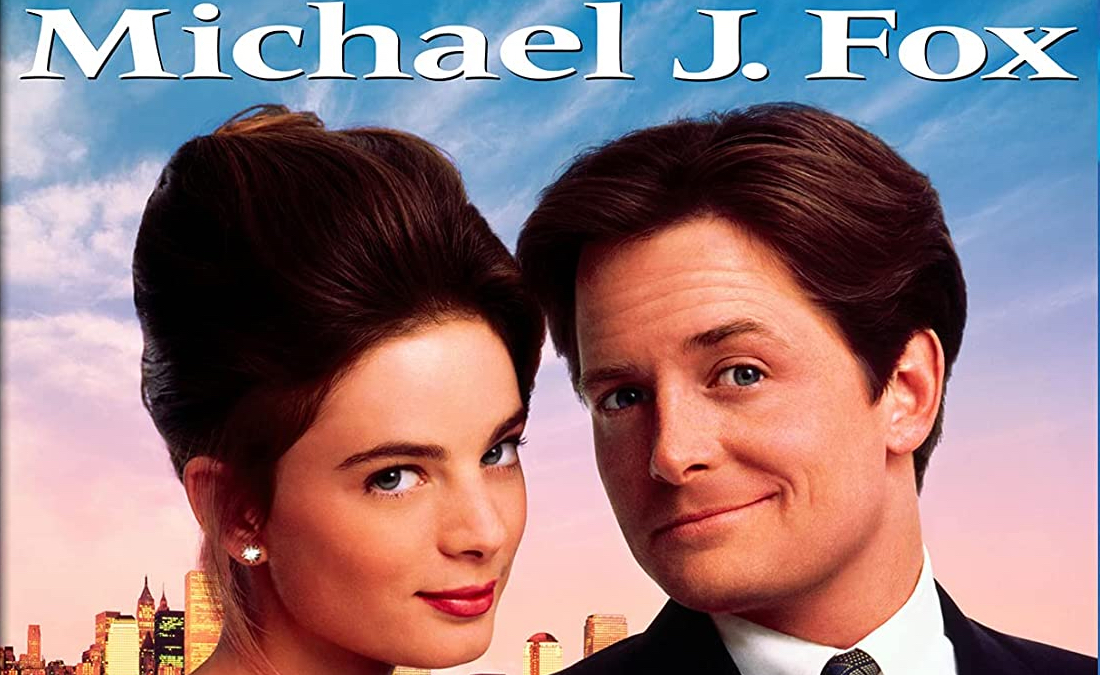 Barry Sonnenfeld’s For Love or Money his 90s remix of The Apartment starring Michael J Fox makes its Blu-Ray debut thanks to Kino Lorber.

For Love or Money is actor Michael J Fox at the height of his charm and star power.  It’s a charming small-scale Rom-Com that one wishes director Barry Sonnefeld was allowed (or allowed himself) to ramp-up of the visuals.

Doug (Fox) is the best concierge in NYC, which makes him on par with the best in the world (much like the M. Gustave in Europe decades prior).  There is nothing he can’t get for his guests.  He’s saved for years and the dream of owning his own hotel on Roosevelt Island is almost within his grasp.  All he has to do is appease Billionaire Christian Hanover (Anthony Higgins) who promises to fun his dream. On one condition, Doug takes care of Hanover’s mistress Andy (Gabrielle Anwar).  Of course, nothing goes according to Doug’s well-manicured plan as this is a Romantic Comedy.

The film like many of the 90s Rom-Coms is designed for a Star and what makes them a star.  Be it Julia Roberts or Meg Ryan or Tom Hanks the Rom-Com always placed its star center-stage giving their best foot forward.  The script by Mark Rosenthal and Lawrence Konner takes heavy influence from Billy Wilder’s perfect Anti-Romance The Apartment.  They ensure that everything we found charming about Fox in all his previous efforts are here.  It does the most 90s of things, which one wishes they did more often nowadays, which is give him a supporting cast of oddballs and eccentrics.

Fox and Anwar are well cast as the antagonistic couple to be.  The foreplay of a Rom-Com is measured by how good the two leads can go back and forth.  The two here are great in that Rosalind Russell Carry Grant sort of way.  The Chemistry is palpable and makes for the most entertaining part, the actual Rom part of the Rom-Com.  Which is a rarity even in films that cast their leads perfectly.

Oddly absent is Barry Sonnedfeld’s signature visual genius.  Though the film does not need the hyperactive style that Sonnefeld refined during his time as the Coen Brothers’ cinematographer.  That said it would only have helped to make this film a unique experience.  The cinematography is standard by the numbers that make NYC magical without the sort of wit you expect from the director of The Addam’s Family.

That can be forgiven as the director and crew have managed the one thing that most modern Rom-Coms miss; a couple we can root for.  For Love or Money has that particular aspect locked own with style and wit to spare.

Kino Lorber has been provided a solid transfer from Universal Studios.  It does appear to be an older transfer but is a sharp handsome image.  The transfer is clear of any blemishes or scratches but most importantly does not appear to be DNR’ed clean of any grain, that Universal was known to do with their older transfers.  There is a healthy filmic look to the Blu-ray.

The newly recorded audio commentary by Journalist Bryan Reesman begins with discussing his time as a script reader at Imagine Entertainment but never meeting producer Brian Grazer (who produced this film).  Some of the details include Fox’s discussion about how this was essentially a remake of The Secret of My Success, a nice conversation about New York City and the various business that are featured and their current statuses, the hotel (the Pierre) and the guests and Lumineers that have stayed, a run-down of history of the various supporting actors like Michael Tucker, Udo Kier, Fyvush Finkel, Donna Mitchell, a definition of concierge, a great side story about Prince (yes THE Prince), the career of Anthony Higgins, the use of The Pierre in various films (eg Scent of a Woman, Joe vs the Volcano, Trainwreck), how the concierge services had evolved since the film was released, the early career of Gabrielle Anwar until casting in For Love or Money and after, a Hindi remake that was a blockbuster in India, the careers of writers Rosenthal and Konner, the work of cinematographer Oliver Wood, the hotel location for the Fox character and the interesting history (additionally a great great discussion of not one Enzo Castarelli film but two) and name of the location, the career of Michael J Fox at this time and post release of this film, the crop of rom coms that were released in 1993 along with this film, some of the inherent sexism in this film and the genre, and more.  Reesman like his commentary for The Secret of My Success delivers a rapid-fire commentary track that gives you a wealth of information and anecdotes about the film, the cast, and the crew involved.

For Love or Money is ripe to be discovered by Rom-Com fans.  Recommended!!!