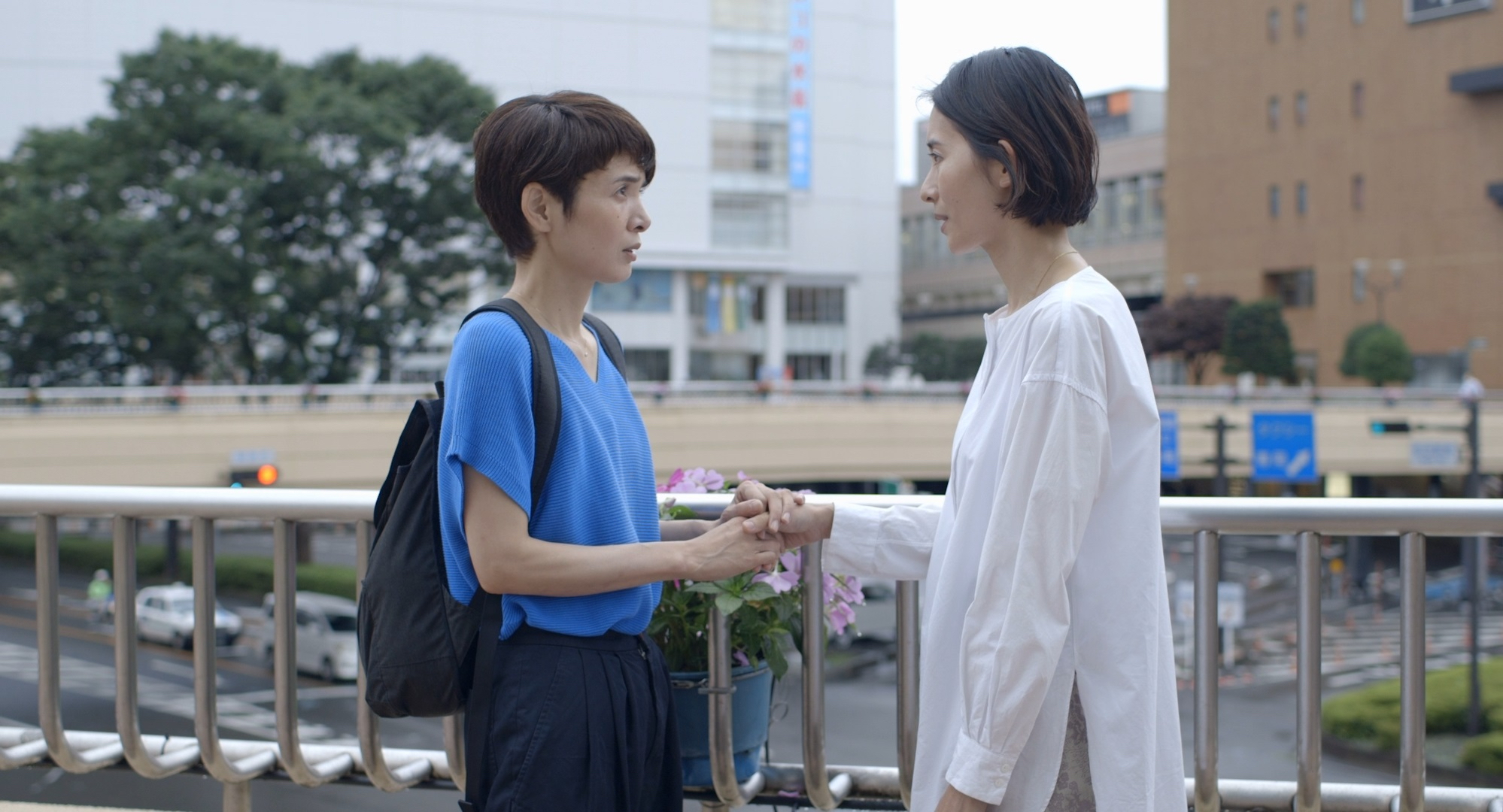 Ryusuke Hamaguchi at #LFF part two! The Japanese writer/director’s second film of the festival, Wheel of Fortune and Fantasy, is an anthology of three short stories linked by a central theme of coincidence.

The original Japanese title for Ryusuke Hamaguchi’s anthology movie Wheel of Fortune and Fantasy – Gûzen to sôzô – translates directly as ‘Coincidence and Imagination’. Both versions of the title are an indication to the audience that things are not about to be as straightforward as the protagonists might have anticipated.

In the first story, two young women excitedly discuss the details of a wonderful date that one of them has just experienced. Tsugumi (Hyunri) feels a distinct connection to the man and wonders if he might be ‘the one’. At some point during their conversation though, the penny drops for Meiko (Kotone Furukawa) that her best friend is talking about the man that she herself ended a relationship with two years ago.

The middle story has a more quirky yet striking storyline, in which a woman attempts to seduce a professor at her college, but things do not turn out how she had planned.

And the collection ends on a delightful note with two women connecting due to a misunderstanding and finding the courage to reveal their long-hidden secrets to a total stranger.

The stories of the short sections are not linked at all, nor do the characters overlap in any way. But the themes which unite them are present in such a manner that the end result is that the trinity feels like a delightfully complete entity.

Hamaguchi allows time for long takes while the characters find their way to express themselves, with the majority of scenes in each of the sections having only two people sharing the screen at any one time. The stories all focus on women trying to understand their own emotional needs, each of which involves a coincidence which always seems to be totally plausible, and not a cinematically contrived event.

Even though each of the stand-alone stories could have worked individually as shorts, they tie together really neatly. Hamaguchi’s touch is light and easy, allowing the actors to do the work with the dialogue he has written for them, and the sections are ordered so that the audience should emerge from the cinema feeling uplifted and joyful at what they have seen.

Wheel of Fortune and Fantasy plays at the London Film Festival from 10th October 2021.