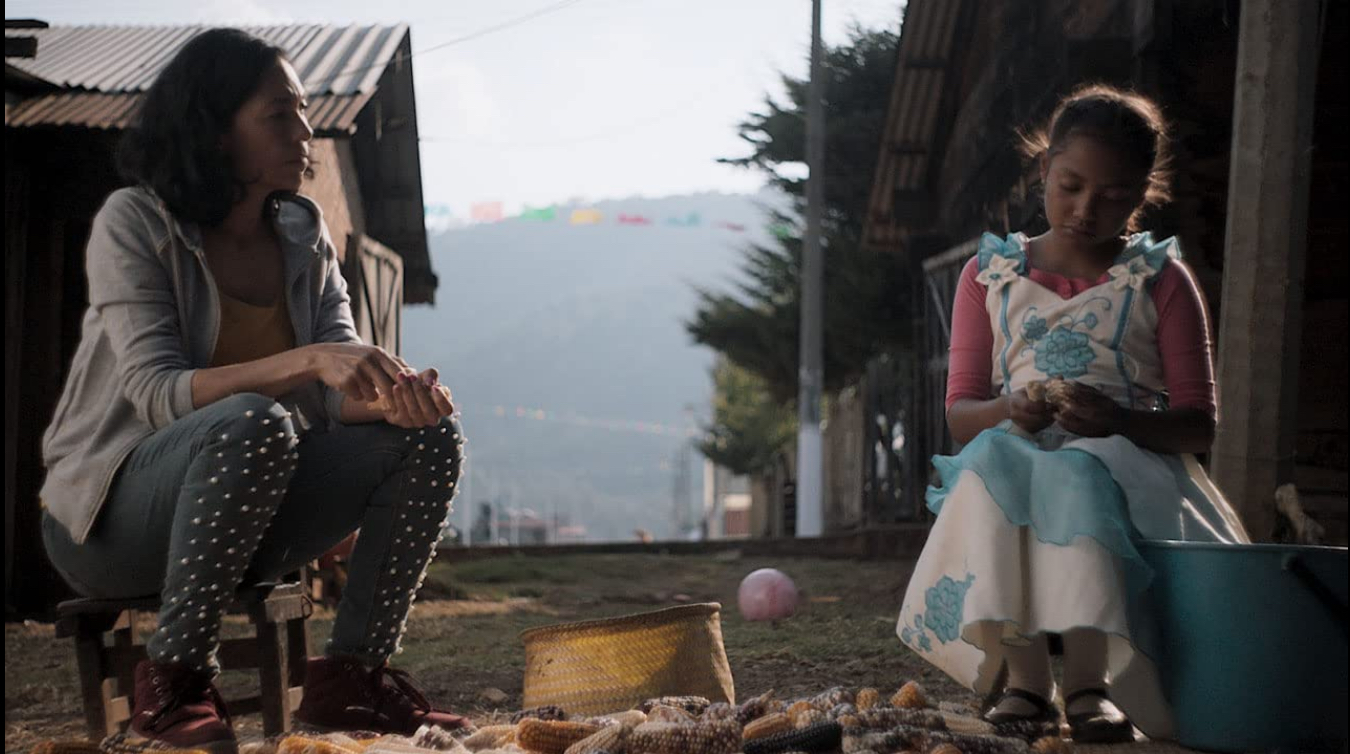 A Mexican village sees the return of three of its former inhabitants, all of whom have come back to deal with family concerns. The three interlocking stories of Nudo Mixteco shine a light on issues experienced by women living in tight-knit rural communities which are governed by a patriarchal hand.

The stories of three individuals, all economic migrants, intersect at a Mexican village over a couple of days as they each return to their hometown from the city for family reasons.

We first meet Maria (Sonia Couoh) as she is getting ready to head off to work as a maid in a wealthy house across the city. Returning to the village of San Mateo for her mother’s funeral, she is turned away from the family home by her father who blames her behaviour for her mother’s death.

Around the same time, Esteban (Noé Hernández) is dealing with the realisation that, while he has been working in the city, his wife Chabela (Aida López) has moved on from their relationship. As is the custom, the pair must face municipal representatives in public, who will hear both sides of the story and decide what happens next.

Toña (Myriam Bravo) has also arrived in San Mateo, visiting her young daughter who has not been herself of late. What she realises on her arrival raises anger, pain, and an intention to ensure that the past does not repeat itself.

The three characters themselves never interact, but their stories cleverly overlap in key scenes. Each of their situations, though entirely different, also emphasises the oppressive environment under which the women of the village are kept; it’s the women who so often hold families and communities together during tough times, but when they attempt to be independent individuals, the tide turns.

Nudo Mixteco is the debut feature of director Ángeles Cruz, who has also written the screenplay herself. It’s an extremely strong first feature, skilfully intertwining the three narratives without complexity but in an extremely believable manner. It bodes well for future work from Cruz.