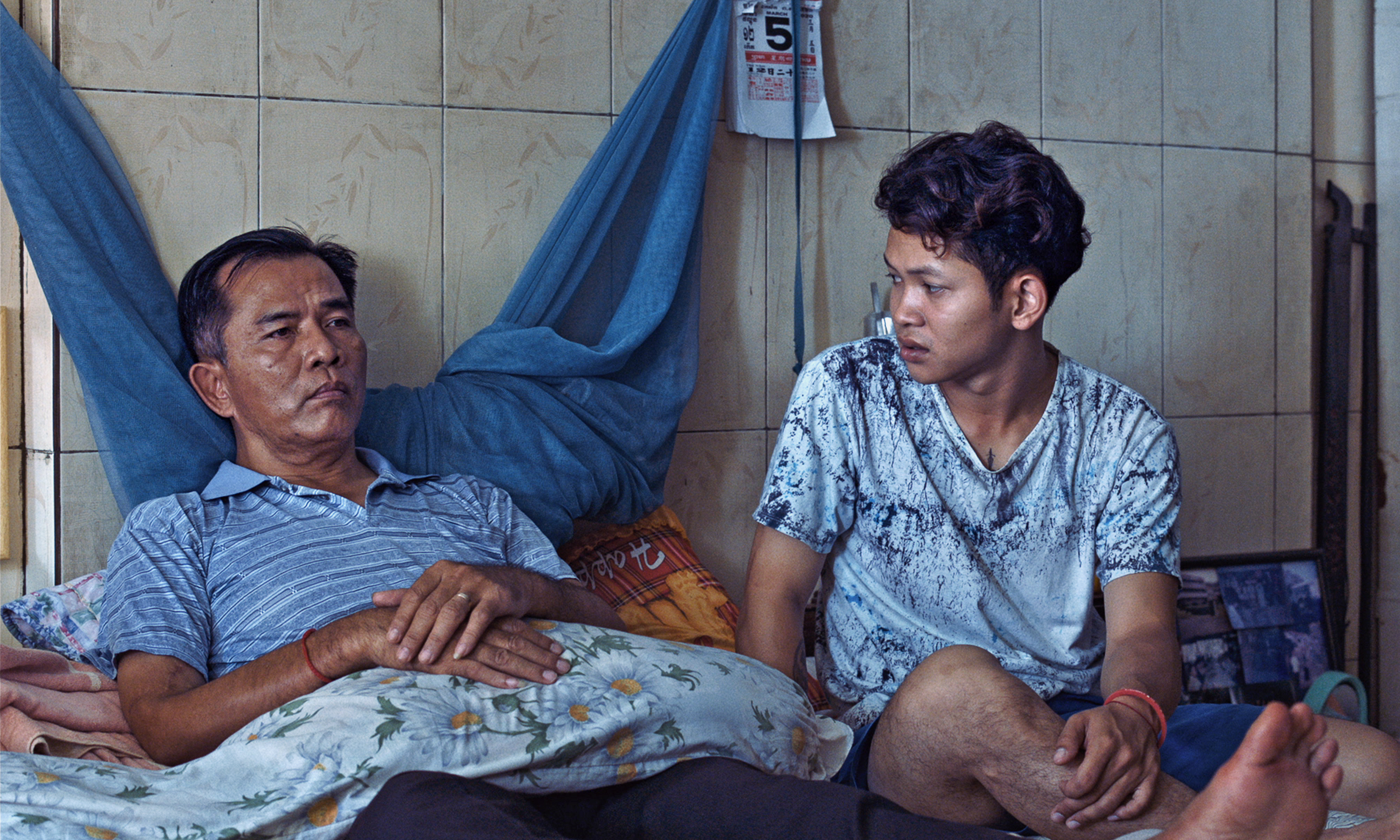 A young man must come to terms with multiple changes in his life, as his friends move on and the building which he calls home is due for demolition. White Building is in competition in the First Feature category at London Film Festival.

The eponymous White Building was a large tenement building in Phnom Penh, Cambodia, originally built to house civil servants but which, due to years of municipal neglect, became dilapidated and marked for demolition. The main question was how to encourage the remaining inhabitants to move out and allow the continued gentrification of Cambodia’s capital city.

Feature debut director Kavich Neang has first-hand experience of these events, as he grew up in the White Building and so the film is written and shot from a very autobiographical viewpoint.

Neang’s on-screen alter-ego Samnang (Piseth Chhun) lives with his family in the White Building, and dreams of winning a television talent competition with his friends. At the age of 20, he’s still young enough to harbour such youthful reveries, cruising the streets with his friends and eyeing up the local girls.

But 20 is also old enough to realise what is happening on a sociological and economic level in his surroundings. When it becomes apparent that there is a disagreement on compensation between the would-be buyers of the apartment block and the sitting tenants, he tries to discuss the matter with his parents (Sithan Hout and Sokha Uk). The generational divide is cracked.

From a fairly joyous and carefree opening third, the film’s tone suddenly shifts to a much more serious one as everything that Samnang relied on for his family stability begins to crumble around him. Piseth Chhun is strong in the lead role, allowing us to ride along with Samnang and see him morph into an adult as the realisation of his options weighs on him, and he must begin to make decisions for himself.

Cambodia is not a country often seen on screen, and particularly not films made by Cambodian filmmakers, and so White Building is a welcome introduction. With the support of Jia Zhangke as one of the co-producers, it’s very clearly a labour of love with the director being so personally invested in telling the story; it will be interesting to see how he spreads his wings in the future.

White Building plays at the London Film Festival from 8th October 2021, where it is in competition in the First Feature category.