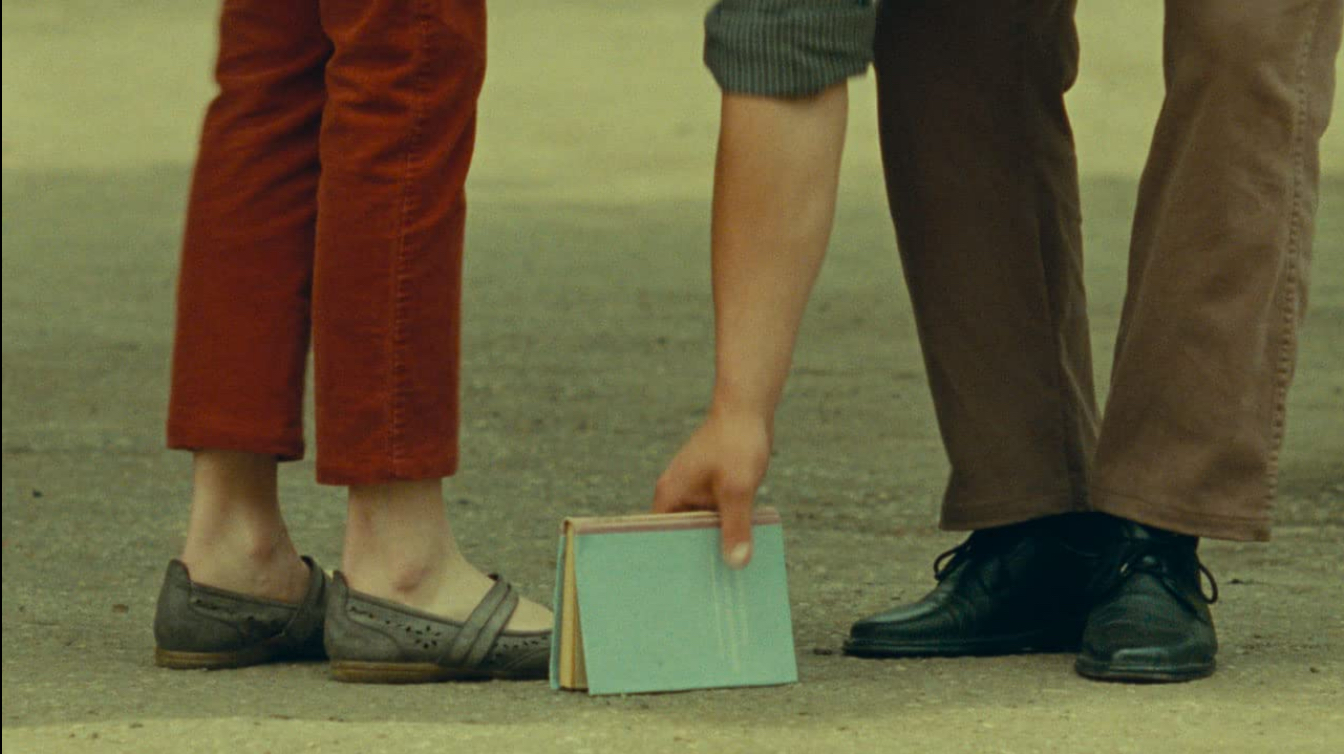 Star-crossed lovers fail to recognise each other as the result of a strange spell, and what follows is a poem to humanity in Georgian writer/director Alexandre Koberidze’s second feature What Do We See When We Look at the Sky?

Every single screen moment of Alexandre Koberidze’s 150-minute long fairy-tale-meets-real-world film seems to be reminding us not to take life or the world around us for granted, and to enjoy its simple poetic pleasures.

In the historical town of Kutaisi in Georgia two strangers, Lisa (Oliko Barbakadze) and Giorgi (Giorgi Ambroladze), have a chance encounter on the street, and agree to meet up with each other the following evening. But the spirits around them have decreed that they shall both be the victims of a spell, and when they wake up in the morning they will both look different. Giorgi does not appear to have been notified that this will happen, but Lisa has – all apart from the last section. So when they both turn up for their date, neither of them recognises the other because they both look different.

Now played by Ani Karseladze and Giorgi Bochorishvili, Lisa and Giorgi must find a new way to make a living, as they have also forgotten their skills (medicine and football) in the change-over. They end up working nearby one another, but will their paths ever cross properly again?

While all this is happening to our two protagonists, other small and joyous stories are materialising all around. Children play football together, grandparents entertain grandchildren in the park, a couple of tricksters make people laugh with some fishing line. Beautiful cakes are created in the Georgian countryside. Humans (and dogs) gather to watch the World Cup on television screens across the town. And a team of film makers is trying to find six suitable couples for their next project.

Alexandre Koberidze frequently places the camera at a distance, watching people engage with each other but without letting the audience in on their conversation. We’re invited just to enjoy the deed of social interaction – however small – with its hugs, shrugs and laughter; and in these times where many of us are still wary of getting too close to others after what we’ve experienced during a pandemic, it’s a wonderful feeling.

Koberidze reads his own narration throughout, as if he were telling a folk story to his audience. But he interrupts himself part way through, essentially to ask the viewers what we will say to future generations when they ask us what we did with regard to climate change. The inclusion of many scenes of children playing together in a carefree manner is not lost.

And then there’s the love story with film. The group making the in-film film may seem little more than a convenient plot device, but Koberidze ensures that we leave the screening in the knowledge that film is not frivolous but it is necessary.

What Do We See When We Look at the Sky? is a difficult film to describe; the magical realism at the start sets things up but does not persist. There’s an ethereal quality to some of the shots, a romance at the centre, and just a general feeling of love for everything around.

That may make the film sound kooky and over the top, but it is not. Its slow pace and lengthy run time is worth sticking with for some beautiful on-screen observational poetry.

What Do We See When We Look at the Sky? plays at the London Film Festival from 7th October 2021.