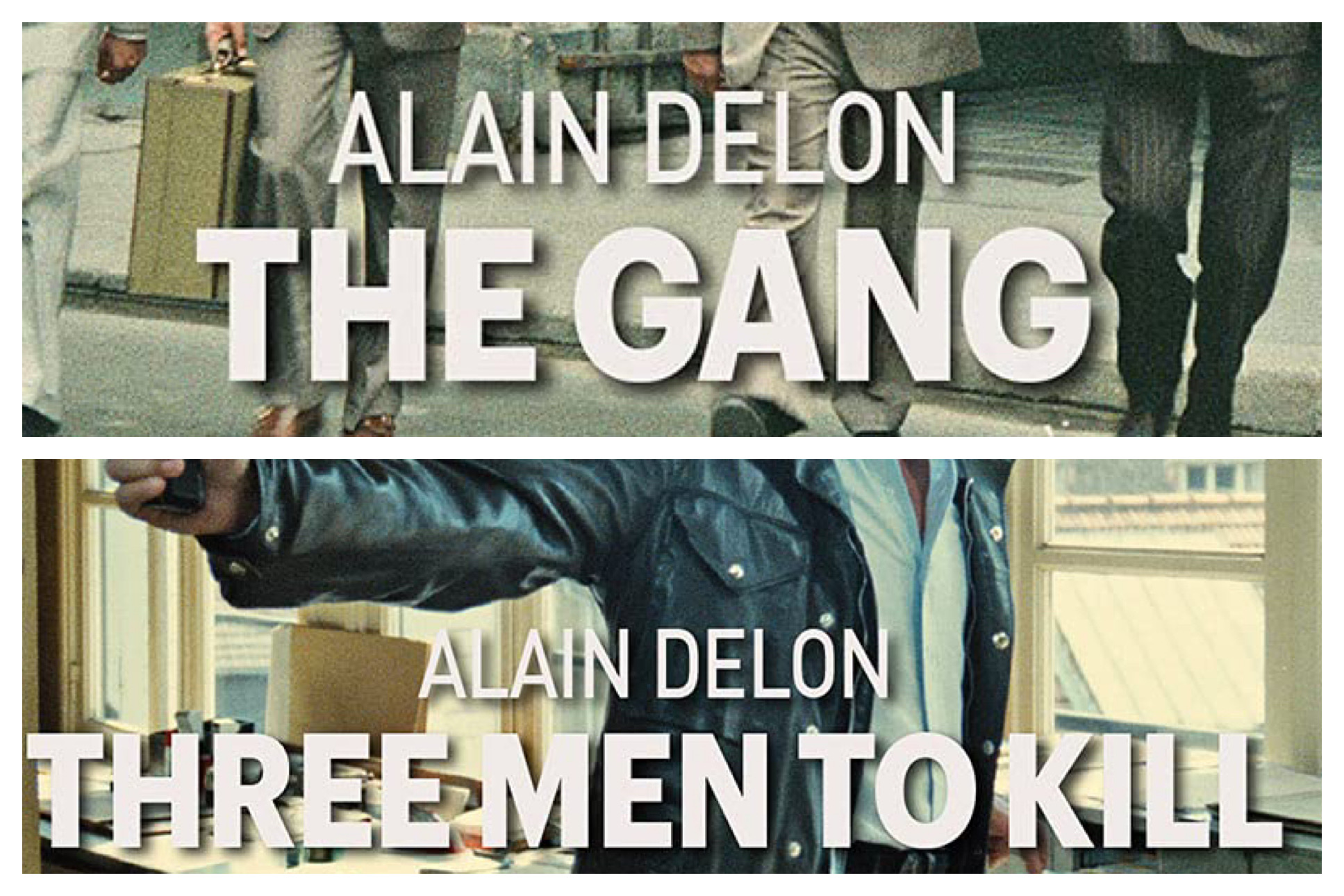 It’s all fun and games until it’s not … could be the subtitle for this director Jacques Deray and Alain Delon double feature. Cohen Film Collection in Partnership with Kino Lober brings us this Blu-Ray featuring new restorations of both.

Set moments after WW2 this charming crime film is not necessarily a comedy but it’s also not a thriller either.  Director Jacques Deray’s film isn’t a post-modern take on the crime thriller either.  The film is in the nebulous world of the heady brew of 1970s shabby shambling anti-authoritarian films.  The film is about a group of French men led by Robert (Alain Delon) who begin to rob a series of banks and other high-profile targets.  Though the film is not necessarily about the robberies but these men and the relationships they have.

Specifically, the film is told from the point of view of Marinette (Nicole Calfan) who begins a romance with Robert.  The film eschews the normal set pieces showing us in detail the planning and execution of the heists.  Rather the screenplay spends time with these men and circle of accomplices during their downtime planning their next moves.  It is through this that the film blossoms into a movie about who we form a strange but tight-knit family with.  Even during the robberies and their aftermath, there is a lighter-than-air quality.  Like the carefree days of adolescence have come back for this group.

The power of The Gang isn’t that carefree and fun quality but how quickly and starkly that tone ends.  Therein lies Deray’s power as a storyteller.  One that can shift tone so quickly but giving us foreshadowing well before then that it will change.

Wrong man becomes the right man as he takes all those responsible for a military conspiracy down.  What starts as a Hitchcockian thriller with Professional Card Player Robert (Delon again) helping a military contractor whose roadside accident hides an assassination attempt.  Three Men to Kill turns from Hitchcockian to a Paranoid thriller ala Parallax View with Robert on the run because the men who ordered the contractor dead think he is a contractor sent in to clean up their mess.

Part of the pleasure is watching everything unfold with a wicked sense of wit that Deray is able to wring out of the story.  The film is not funny in the traditional sense but has a huge sense of irony.  That irony will keep one smiling and guessing as to what will come next until the final frames.  The way that Deray manages to make a traditional thriller but eschew everything about a traditional thriller is one of the highlights of the film.  Delon is great as the gambler who is in over his head but finds he’s very proficient at getting himself out of dangerous situations.

Three Men to Kill until its final starkly nihilistic, albeit, fitting final frames is a perfectly executed thriller that deconstructs the paranoid thriller as much as it hits all the makes one looks for in a paranoid thriller.

The two transfers provided by Pathé are beautiful representations of the restorations.  The Gang and Three Men to Kill both look beautiful on Blu-Ray with handsome sharp images.  It should be noted that both transfers have a healthy amount of grain that this reviewer loved (very similar to Criterion Collection transfers) but some may not appreciate it.

This Jacques Deray Double Feature from Cohen Film Collection is a welcome addition to their varied library.  Highest Possible Recommendations!