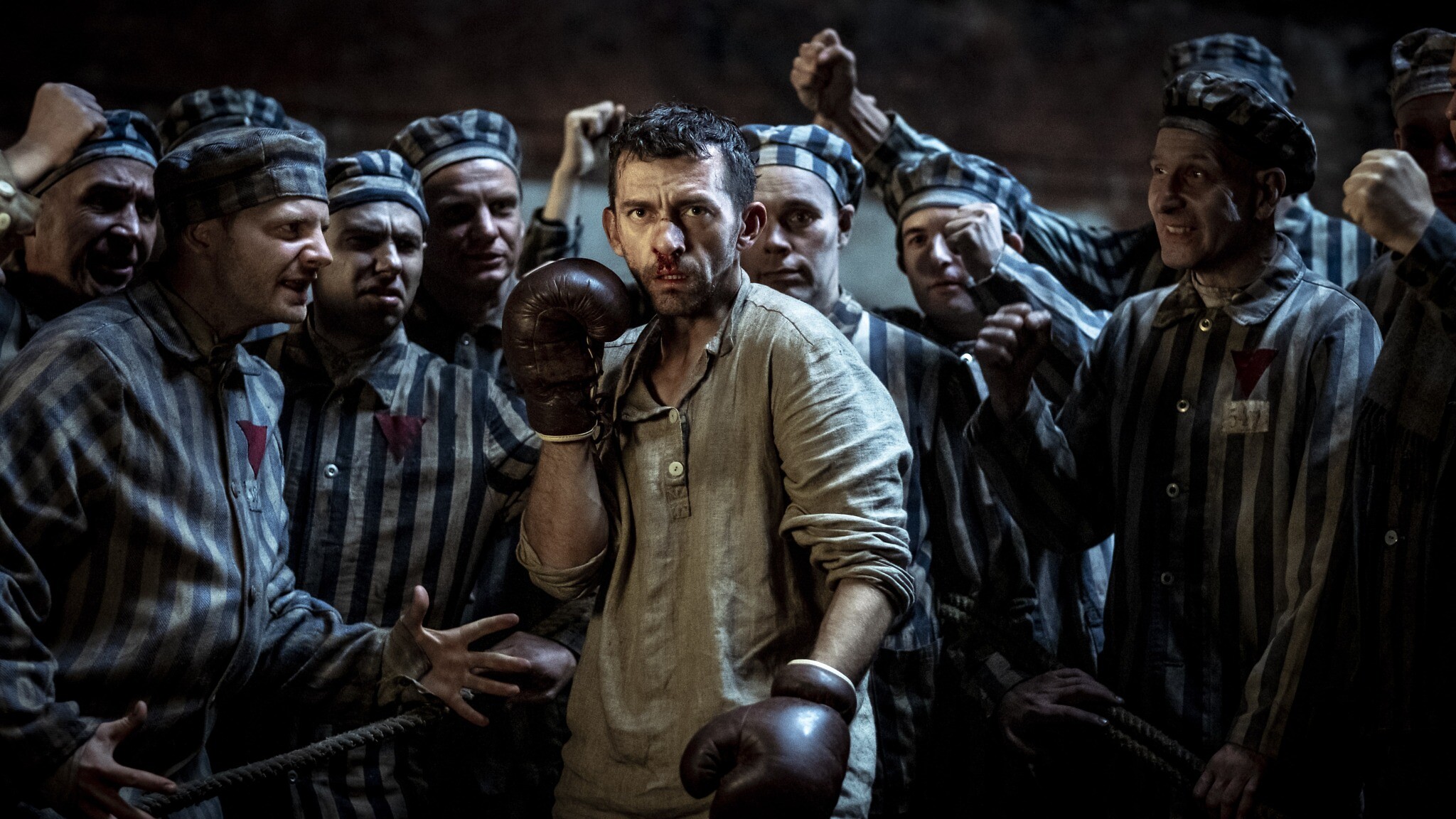 Based-on-true-events drama from the very beginnings of the concentration camp at Auschwitz sees a Polish career boxer literally fighting for his life and for those of his fellow inmates. It does not shirk on the brutality.

The chilling stories from Nazi concentration camps have been turning real-life shocking events into drama for television and cinema screens for decades, and filmmakers need to work hard and plan carefully to ensure that the horrors of those times don’t become just a cliché as the crimes slip further away from living memory.

The Champion of Auschwitz, the first feature from Polish writer/director Maciej Barczewski, has a good stab at it, taking as it does a true story as its basis and not overdoing the smallest of triumphs.

One of the first inmates to arrive at the newly-inaugurated concentration camp of Auschwitz-Birkenau in 1940, Tadeusz ‘Teddy’ Pietrzykowski (Piotr Glowacki) clung to survival by using his fighting skills. Once it was discovered that he was a talented boxer, the Nazi camp officers arranged regular boxing bouts, pitting him against much stronger opponents, for their own Sunday evening amusement and betting opportunities. In return, Teddy was able to earn additional food which he shared with his fellow prisoners. But while his fights were an entertainment for the soldiers, his consistent victories began to sow the seeds of hope among other inmates that the Nazis were not entirely invincible. The Nazis became, as you may imagine, unimpressed by this opinion, and steps needed to be taken to knock him off the pedestal they themselves had built for him.

The audience is given scant information about any of the inmates, although a glance at the red triangle on Pietrzykowski’s shirt indicates that he is a ‘political prisoner’, ie he opposed Nazi ideology. The action takes place almost exclusively inside the camp, with a tiny handful of memories sprinkled in mostly to drive forward understanding of the relationships between inmates rather than say too much about their absent families. These scenes are among the very few which employ any kind of warmth in the lighting or colour palette; otherwise, the camp is shot in shades of blue and grey which (quite rightly) bring a chilling and bleak sense to everything.

While there are the inevitable scenes of celebration following a victory in the ring, Barczewski’s direction ensures that these are short-lived and that the brutality of the camps is not forgotten. In fact, the film has been granted a 15 certificate in the UK (15A in Ireland) for ‘strong violence, injury detail, disturbing images’ – and few of these are as the result of the in-ring fighting. The idea of fighting for survival is taken literally, as we see how so many lives are ended in a split second because someone had a hangover, or needed to keep the paperwork straight. Glancing back through my viewing notes, the word ‘brutal’ was used excessively and intentionally.

The entire film is carried by Piotr Glowacki in the title role. Not only has he clearly spent time refining his boxing skills, but in his hands, Teddy is able to retain dignity without arrogance, and his steady eyes both convey and hide a multitude of buried emotions at the same time.

One small niggle – perhaps because of budget limitations, the German characters were played by Polish actors, which was a little jarring – but perhaps only an issue for German speakers who might notice the accent.

The Champion of Auschwitz manages to extract its tiny sliver of hope without overdoing it, and more importantly without losing sight of the reason for the camp’s existence in the first place. Watch it for Piotr Glowacki if nothing else.

The Champion of Auschwitz opens in cinemas in the UK and Ireland from 3rd September 2021.