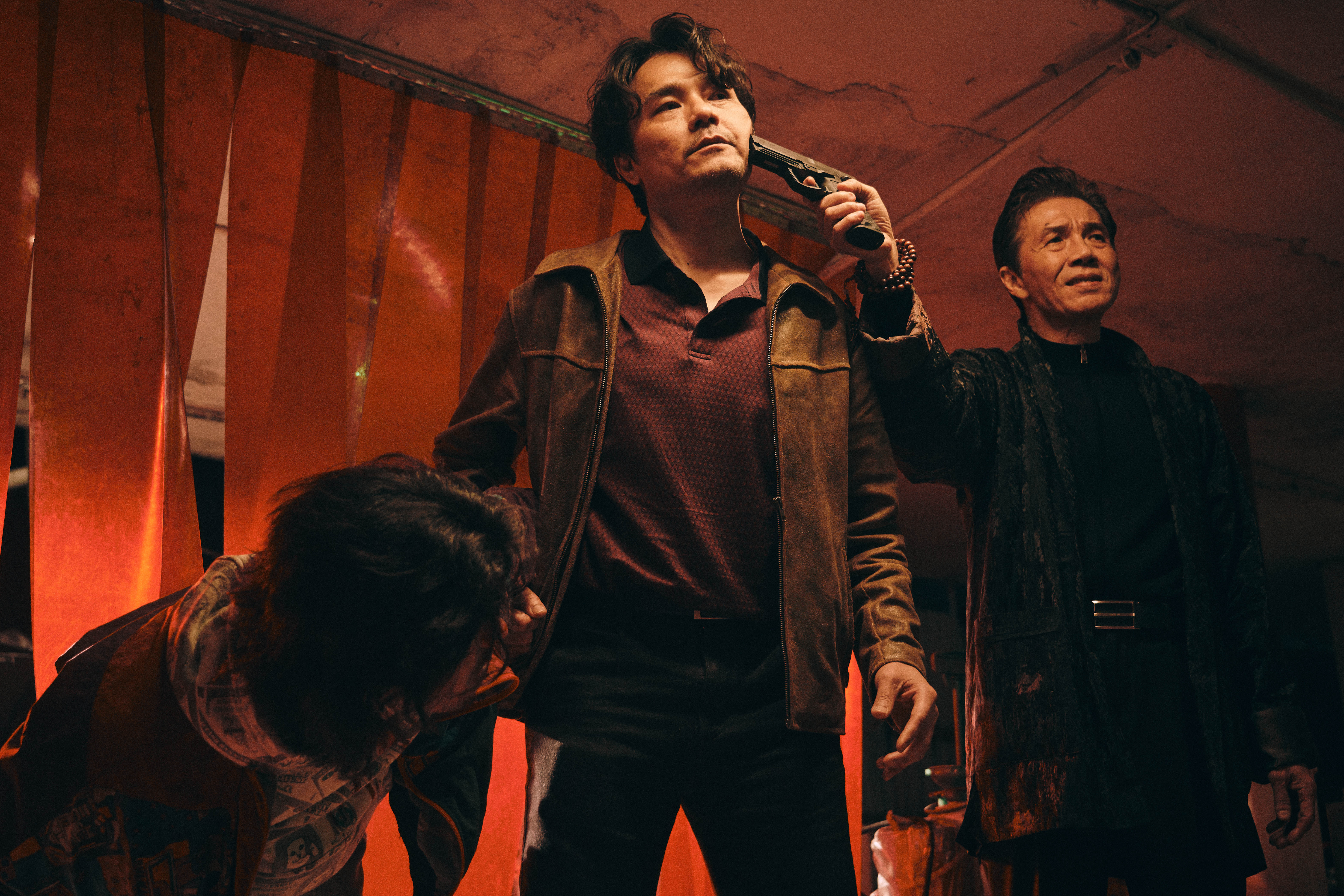 Kwan (Gordon Lam) an ex-British Military Soldier twenty years since the changeover is a low-level Triad enforcer squeaking out deals with Boss Big Mouth Tai (Ben Yuen).  Though the next one involving a shipment of turtles is to be the big score.  Not only a commission of profits with Big Mouth Tai but he’s also cut a deal with the turtle dealer Pickle (To Yin-gor).  Though everything quickly goes to hell for Kwan as his boss’s top enforcer Chook (Michael Ning) is looking for Mani (Bipin Karma) an immigrant that’s cousin has put him into a dangerous situation.  Kwan in a moment of compassion hides Mani.  As his choice and tenuous relationship with Mani only further draws him deeper into a situation that he wants no part of. One that has Chook suspicious and Big Mouth Tai more and more frustrated… all leading to Kwan’s plans imploding forcing him to face some hard truths about himself.

Hand Rolled Cigarette manages to elevate itself beyond its Crime Thriller Confines with its story of immigrant survival and personal responsibility.  The journey that Kwan goes on is one of self-discovery. A journey that bruises more than the soul.  The way that the story unfolds, is one of the many adroit choices made by Chang and co-writer Ryan Wai-Chun Ling. Chang’s film shows us a world that does not allow for the journey that Kwan is on. One where kindness and understanding are met with violence.

Co-Writer/Director Chang’s film is not one of gunfights and heroic bloodshed.  It is one of trauma, survival, responsibility wrapped in an intense thriller that would make Johnny To proud.  This is a deeply personal ground-level approach to the crime thriller.  One where the wrong move or saying something out of place has consequences.  If a character is lucky, they survive a hellish beating, but likely the repercussions for trespasses in their business is in death.  Chang creates a world where this is a matter-of-fact way of life.  There isn’t any pomp and circumstance or visceral thrill to the violence.  Rather the acts are swift and brutal with a focus on the victims rather than the perpetrators.

Few films deal with the choices one makes to survival in a daily life with few if any good moral choices.  Hand Rolled Cigarette manages to show this world with compassion balancing the heartfelt and the ruthless.  Therein lies the film’s power. Its ability to balance the emotional and the cutthroat world of crime.  So adroit at this balance that the final 20-minute set-piece is a nervy tense showcase of how a director confidently builds a truly thrilling finale with an uncertain outcome.

Simply put, Hand Rolled Cigarette is one of the best films of the year.