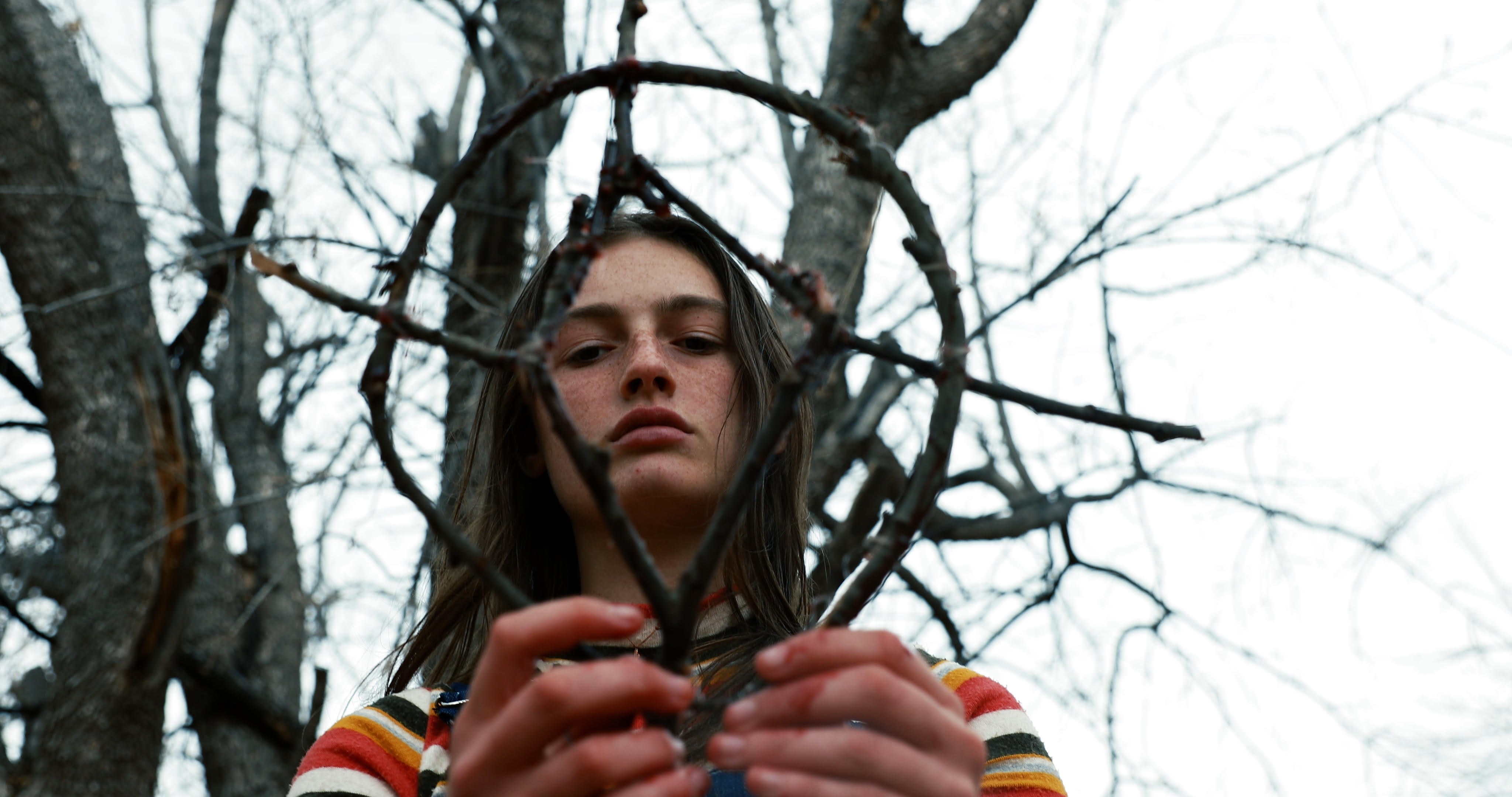 The filmmaking family that brought us The Deeper You Dig bring us a tale of female adolescence wrapped in a tale witchcraft.

The filmmaking family trio of Toby Poser, Zelda Adams, and John Adams create a heady bewitching brew in their newest film.  Yes, that will be the ONLY pun in this review but felt apropos of this intoxicating film.

Witchcraft has been in Izzy’s Mother (Toby Poser) family and her life for hundreds of years.  Izzy (Zelda Adams) never knew or understood why they were so distanced from society only that she had some sort of immune disease.  Splitting time with her mother playing music and walking through the woods of their property.   Hellbending (what they call Witchcraft or Wiccan Arts) and the history of her family were hidden from Izzy and only after a curious excursion from their secluded home ends with her eating a worm does she begins to realize a few truths.  Mother begins Izzy’s training as a Hellbender.  Quickly Mother realizes that keeping truths from her daughter may have not been the right choice as Izzy grows in power and curiosity.

Much of the success of Hellbender and its tale of coming-of-age is in the grounded earthy style the filmmaking family imbues in the entire film.  Essentially a two-hander Poser and Adams play mother and daughter with the intimacy and shorthand that only an artistically minded mother-daughter duo could pull off.  This is not some shorthand but rather both actors are astute performers that are able to bring the dynamic of a mother and daughter out of because of their adept adroit skills as actors, writers, and directors.  During their moments there’s an almost Cassavetes’s style closeness that favors character and interaction over plot and the fantastical.

The power of Hellbender comes from its character-first and fantastical-second approach to its story.  It creates a milieu that we rarely see even in films that are about “female protagonists” which is two women interacting with each other, learning, growing, talking, creating … without men.  This creates a visual language and FX work is that’s unique and bold.  Though that aspect of the film is not the meat of the film but rather exclamation points in the film.  The way that certain powers are gained, and visions are shown through the film is simple, economical, and always beautiful but most importantly a part of the story not some sort of flashy empty effect or visual.

Hellbender will hit hard for those looking for something original and more substantive than your average female-led horror drama.  This one has weight and heft behind it that people will be rewarded for multiple viewings.

Hellbender will make its World Premiere at Fantasia Film Festival 2021 on August 14th with an encore August 16th, tickets are still avaiable.