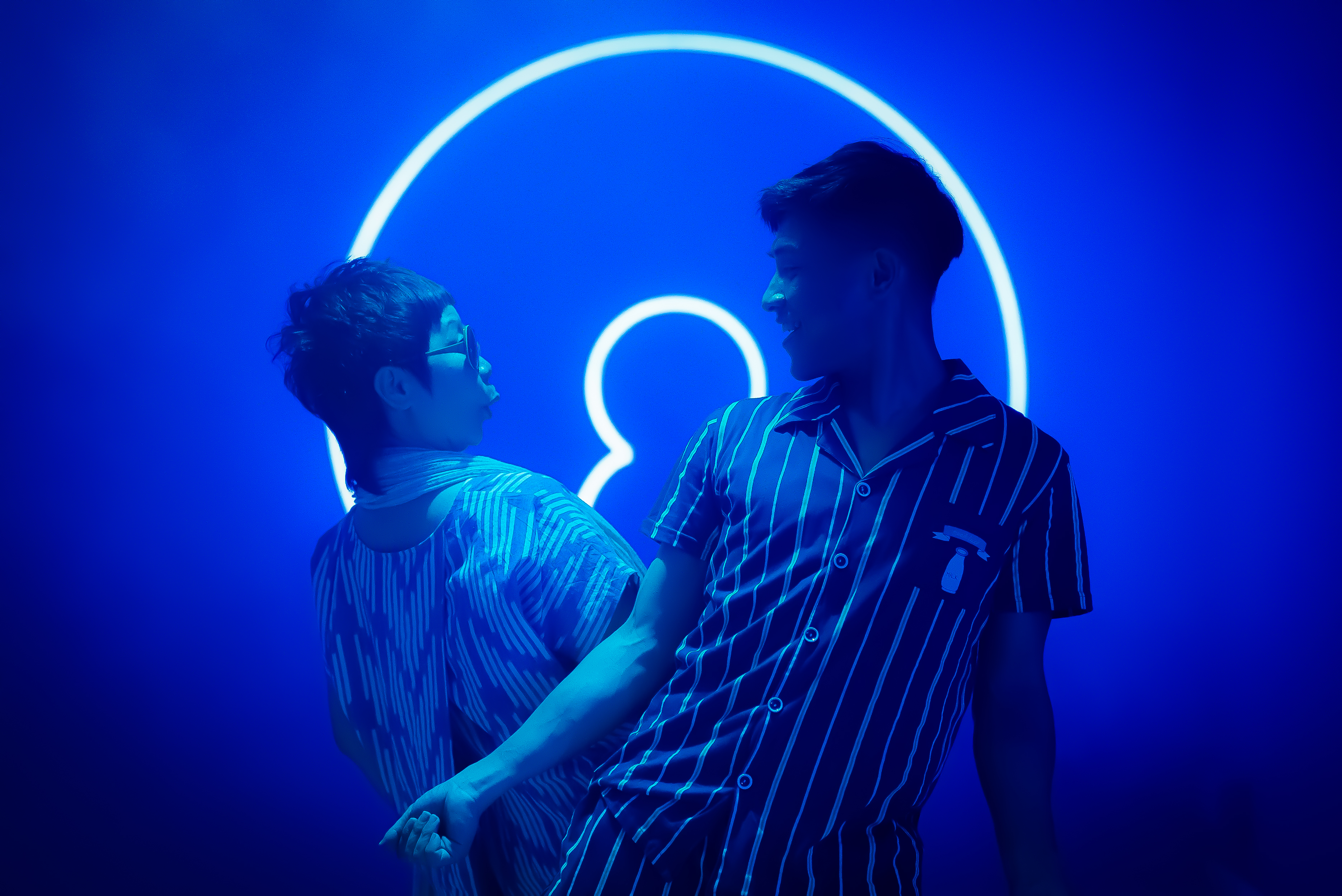 The visual splendor of this gentle comedy belies the stark observations about our increasingly meta-data driven society.

Co-Writer/Director Tan Bee Thiam’s comedy of social order and algorithmic induced happiness is the kind of Modern Visually astute comedy that harkens to Wes Anderson.  Though Thiam’s touch is much lighter.  So light one may miss the point of this social satire.

Ah-Bee (Thomas Pang) having just turned 30 and needing more than just public housing and his provincial life he gets a job at the Tiong Bahru Social Club.  The job not only has great pay and benefits but provides housing.  Tiong Bahru guarantees happiness to all that live there.  Using their patented Algorithm and “Happiness Agents”, it’s modern technology solutions to give residents the happiness they deserve.  Ah-Bee after a rocky start begins to get his barring (a cat and love interest to boot).  After some time Ah-Bee begins to realize that maybe the Instagram-Perfection of Tiong Bahru isn’t all that’s it’s cracked up to be.

There is no savage assessment of our increasingly social media-dependent world in Tiong Bahru Social Club.  With the lightest of touches both visually and thematically the film manages to bring its points home, some very stark and pointed, with the grace of a butterfly.  The screenplay by Thiam and co-writer Antti Toivonen is perfectly constructed to observe behavior but never be as clumsy as to push an agenda.

Much of the grace comes from the visually astute and assured work of Thiam and cinematographer Wan Ping Looi.  Every camera angle and movement is the work of a confident visual team that understands what exactly they were looking for.  The film’s production design by James Page is a pastel, neon, candy store confection of ingenious sets and outdoor locations.  Together with sharp editing by also Wan Ping Looi creates an impressive visual style and tone for the entire film.

Even at its darkest moments, and there are a few, one especially involving a party and a pool, is never done in a way that the film doesn’t bounce back with the lighter than air tone.  Part of its success is the deft performance by Thomas Pang as Ah-Bee.  Smartly, rather than make Ah-Bee someone who is constantly chatting or talking, he’s an introvert.  An introvert that allows the other characters to bounce off of.  The beauty of Pang’s performance is that he like much of the film is communicating visually with his looks and reactions to others.  Pang pulls off the hardest of acting magic which is to be able to listen and react without words.