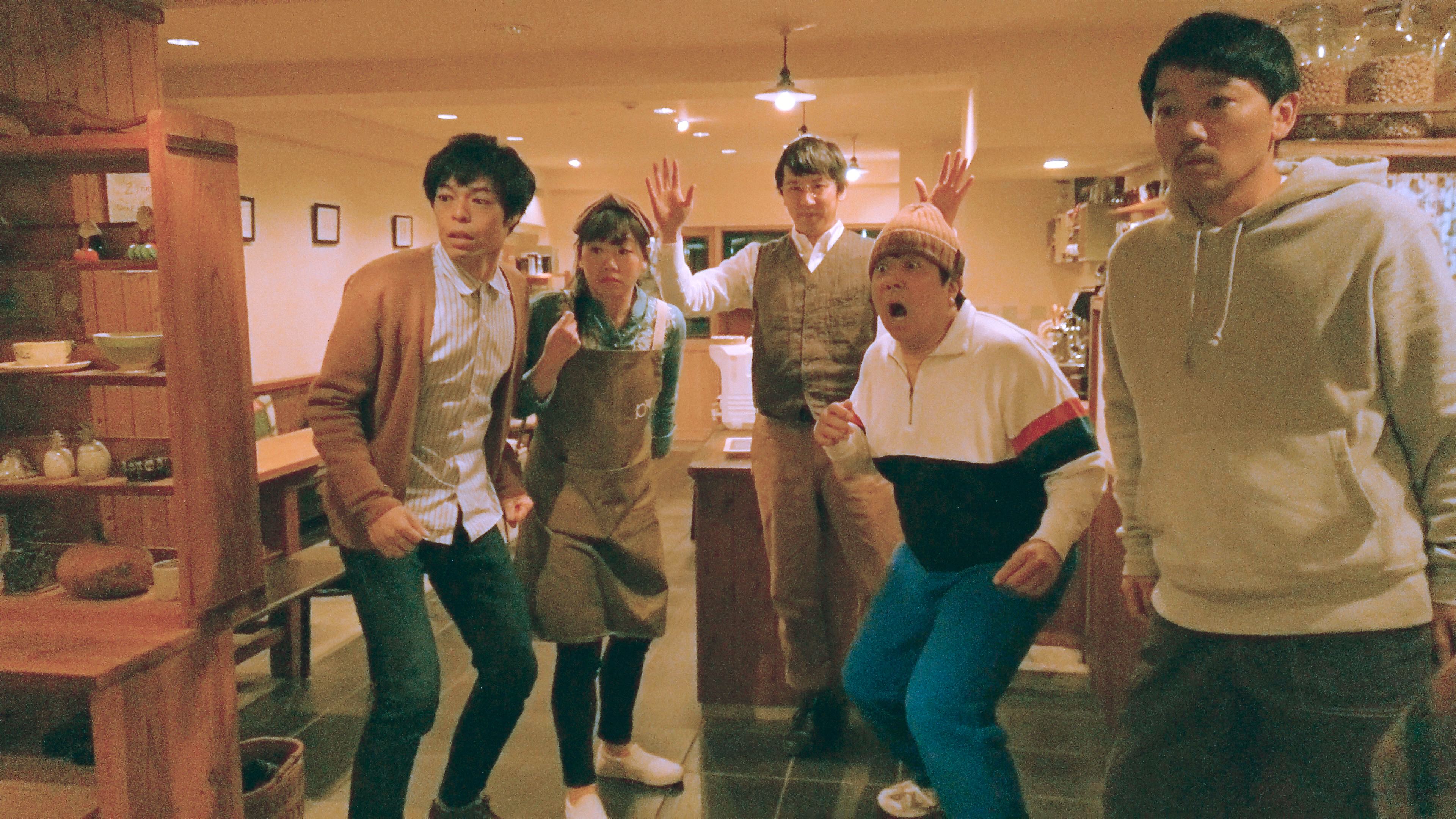 Beyond the Infinite Two Minutes takes all the time travel concepts and sci-fi conceits of the subgenre and bends them into a single-take wonder.  This charming bowl of piping hot Udon is ultra-scrummy.

This reviewer takes pride, as he’s part Japanese when he sees the know-how do-it-as-a-team spirit of indie filmmaking burst out of the country.  It happened with One Shot From the Dead, it happened at last year’s Fantasia Fest with Crazy Samurai Musashi.  Again, with Beyond the Infinite Two Minutes.  Much like the former two titles, this film is a single-take bit of brilliance.  Though shot on an iPhone (which I was hard-pressed to realize until a post-credit sequence shows the crew as they made the film), the result is an extremely cinematic piece of sci-fi adventure and the comedic foil to Shane Carruth’s Primer in its lo-fi approach to Time Travel.

To explain the plot rather than experience it would take what director Junta Yamaguchi, writer Makoto Ueda, and the cast and crew of Beyond the Infinite Two Minutes do brilliantly in the film.  Though I will say this much the 2-minutes of time they use is fantastically represented and their solution for certain inflection points and problems with Time Travel movies is inventive, to say the least.  When there is a hilarious joke about Droste Framework to solve and create more 2-minute loops you know you’re dealing with a truly inventive film. That is one detail and set up in a film that packs more narrative inventiveness than films twice its length (the film runs a brisk 70-minutes).

From vending machine toys to winning the lotto to wormholes to time loops to time paradoxes romantic entanglements to low-level Yakuza enforcers to time travel authorities to the simple pleasures of coffee and talking manga Beyond the Infinite Two Minutes has confidence and storytelling smarts to spare. This one is definitely going to grow in popularity as more audiences experience this craftily adroit film.

Note: One must absolutely stay for the end credits and behind-the-scenes footage of the cast and crew making the film.