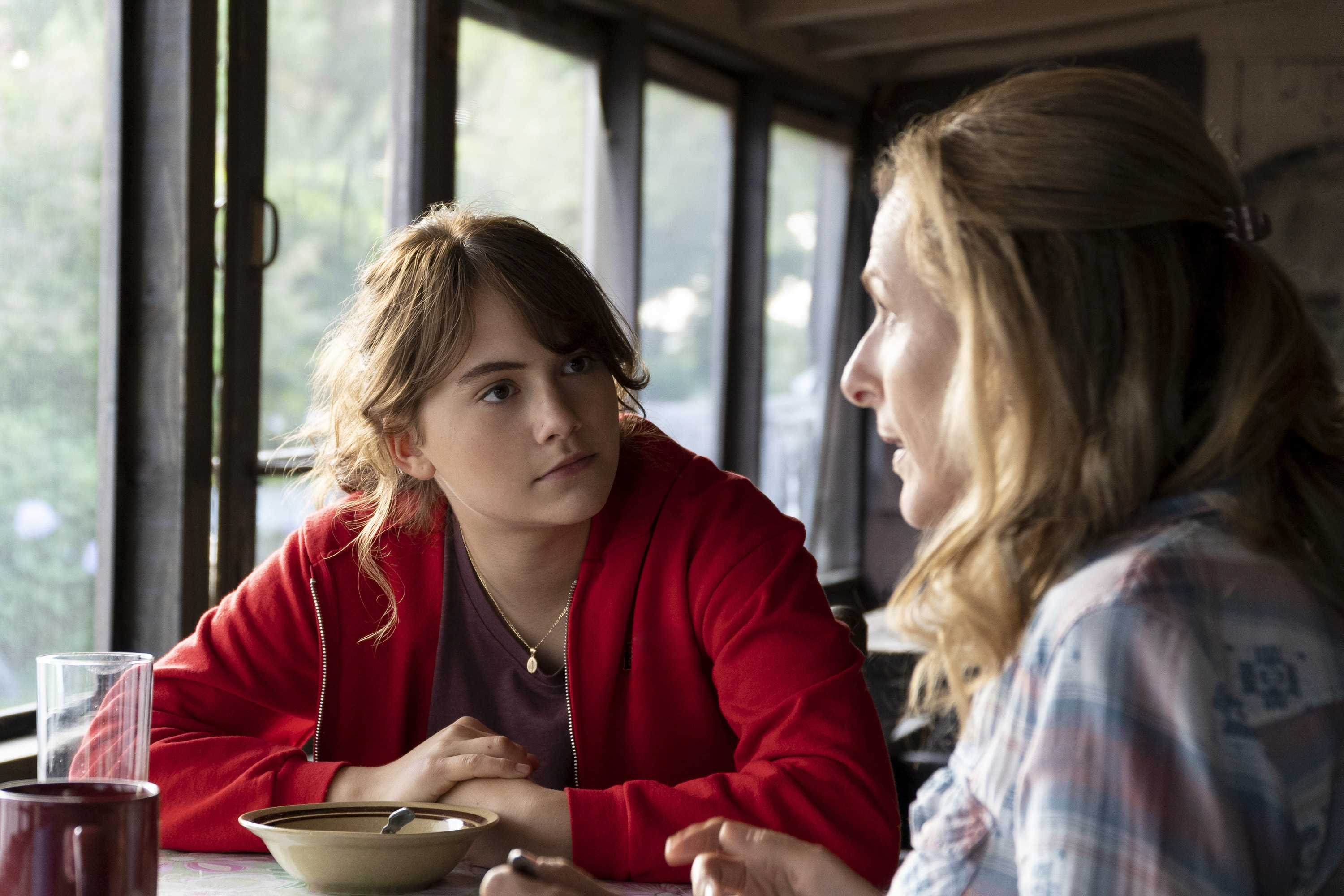 CODA is that crowd-pleasing sleeper hit that you’ve been looking for.

Writer/Director Siân Heder’s coming of age musical drama about a young woman finding her voice one that her Deaf Parents and Brother cannot hear.  Heder’s film is so filled with heart and soul you’d be a grinch to not fall for its charms.

Ruby (Emilia Jones) is your average teenage girl with dreams of college, boys, and more.  The only problem is that her family is dependent on her.  Splitting time between their fishing boat and high school things like singing cannot be a priority.  It’s with the stern guidance of the Choir Teacher Bernardo Villalobos (Eugenio Derbez) Ruby does find that voice.  Though her father Frank (Troy Kostur), mother Jackie (Marlee Matlin), and brother Leo (Daniel Durant) and their fishing business need her the more. Will Ruby be able to make her family understand her passion when the most important part of her passion they cannot hear.

As the saying goes movies at their best are empathy machines designed to show you life not your own at the same time a mirror into yourself.  CODA (the title which means Children of Deaf Adults) through every second of its run time as an empathic portrait of a young woman growing up.  At its best CODA shows Ruby’s life is no different than any other teenage girl’s life.  That is the point.  We are rooting for Ruby because she’s a good person and wants to help her family not because her parents are Deaf.  There is never a moment where we feel anything but empathy for these characters.

Heder’s script and direction go out of their way to create a space that never preaches or becomes a movie “disability”.  CODA allows us to experience life from these characters’ perspectives like any truly good character piece never manipulates to make you feel something or see something.  Rather we go through the unexpected hardships this family of fishermen goes through.

At the center of the film is a trio of truly beautiful performances.  Emilia Jones as Ruby is both the voice and face of the film.  The actor soars as the teenager finding her way through life.  Jones makes playing a likable teenager with all the quirks of one easy (it’s not).  To compound the degree of difficulty, Jones is asked to sing the likes of Joni Mitchell and Tammi Tarrell, and so so with the grace, poise, and voice of someone that will have a career in both music and film.

Troy Kostur and Marlee Matlin both deliver beautiful performances as the still very much in love (and horny) father and mother.  It’s always a welcome delight to see Matlin in anything and here she’s on fire as the matriarch of the family.  Matlin continues to show why she’s one of the best working actors of the last four decades as a mother that doesn’t understand her daughter but is trying (it’s been as long since her much-deserved win as Best Actress for Children of a Lesser God).  It’s Kostur that steals the show with a performance that many will not soon forget.  The moment between Kostur and Jones in their backyard by the truck is a hard earn moment and even a cynic like this review made him melt a little.

The supporting performances by Eugenio Derbez, Daniel Durant, Fredia Walsh-Peelo, Amy Forsyth, and Kevin Chapman are wonderfully lived in.  None of which, I am very happy to report, attempt to do a Gloucester accent.  Much of the delight in the movie is watching how each of the supporting characters has their own life outside of Ruby and the family’s own problems.

CODA is the sort of film we would get quite often even a decade ago.  The sort of major-indie production that carried the weight of the Oscar Race behind it.  Those that would gain momentum by word-of-mouth because of how well-made passionately told the small-scale human dramaturgy was.  CODA fills that quotient and then some.  Yes, it is smaller scale than saving the world but … in this era of human disconnection and human-scale connection goes a long way.  One hopes that word-of-mouth spreads quickly as this is the real deal.

CODA on Apple TV+ and in theaters on August 13