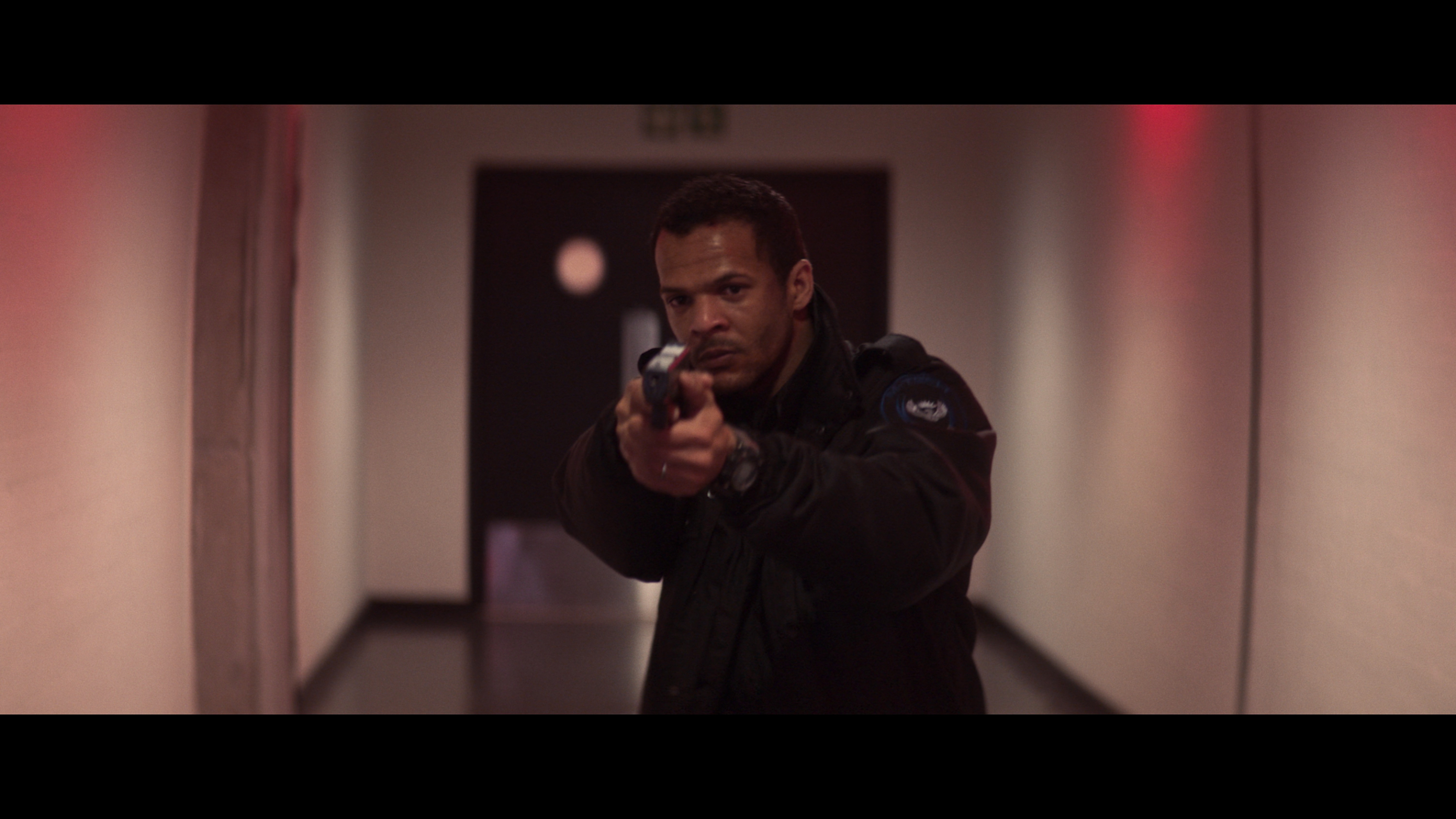 This South African thriller is a piece of smart action filmmaking that recalls the best of the Modern Classic Wrong Man Thrillers like The Fugitive and The Borne Identity.

Fire Fighter Theo (Jarrid Geduld) is dealing with heavy PTSD after a horrible blaze almost killed him and left some of his fellow Fire Fighters dead.  Working with a Therapist (Susan Danford) to come back to his journalist wife (Nicole Fortuin) and son.  After a fight, Theo wakes to find his wife murdered and the lead suspect.  As Theo goes on the run, he finds that his wife was investigating a huge government conspiracy that costs her life.  As Theo picks up where his wife left off there is only so much time before he and his son are next.

A thriller will only go as far as your lead and the empathy you have for them.  As Theo, Jarrid Geduld is not just up to the task. The Star not only proving a compelling and charismatic lead but an actor able to summon powerful moments. Moments are some of the riskiest material of the film.  It isn’t just that Geduld trained for months to do all his stunts, including a showstopping moment atop a high-rise hotel, but it’s the work he puts in as an actor.  The heartbreak and trauma that Geduld shows us Theo goes through are harrowing in the way that we don’t often see in genre material.

Writer/Director Travis Taute’s film is the kind of genre entry that filled the late summer of yesteryear.  Wrongly accused men on the run.  Fights.  Daring escapes.  Shadow organizations bent on government coupes.  In Taute’s expert hands the action thriller that’s been reimagined for our modern era.  The adroit choices made here buck the troupes of the genre.  In dealing with PTSD as a subject matter and adding a layer of Manchurian Candidate style paranoia, Taute creates an engrossing narrative that is always one step ahead of you but never at the cost of the human story.

Indemnity’s a great summertime thriller with more than a few tricks up its sleeve.  Hopefully, it finds a home with a smart distributor and not one bent on remaking it.  A film as stylishly, ingeniously executed, and thrilling deserves the biggest possible audience to see it on the biggest possible screen.