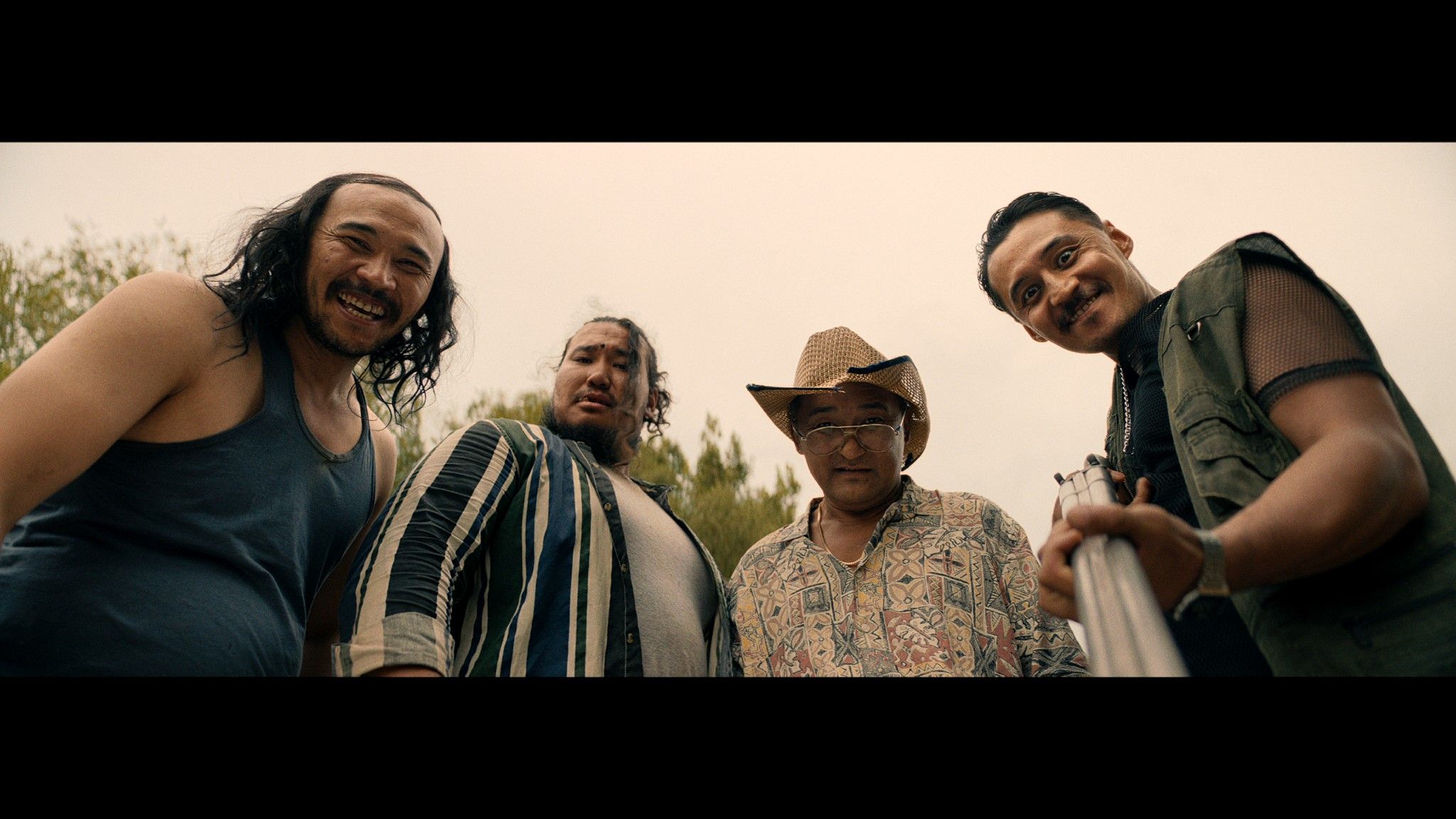 Living up to its name Sweetie You Won’t Believe It is a bold dark comedy out of Russia about three guys on a fish trip from hell.

Sweetie, You Won’t Believe It is in a long line of vacation/weekends gone awry that manages to be somewhere between Deliverance and The Hangover. Director Yernar Nurgaliyev takes what could have been a one-joke film and creates one of the funniest and darkest bits of comedic machismo in recent memory.

Dastan (Daniar Alshinov) is sick of the constant complaining and torrents of verbal abuse from his pregnant wife Zhanna (Asel Kaliyeva).  In defiance, he plans a “fishing trip” with his two life-long friends Kisyk (Yerkebulan Daiyrov) and Petok (Rustem Zhaniyamanov) days before she’s to give birth.  The fishing trip soon turned sinister having witnessed a mob murder.  Trying to escape from these low-level criminals is made all the worst as the hoods have incurred the wrath of a serial killer.  This is only the beginning of 24-hours of truly weird and hellish encounters that only get weirder and hellish-er.

However, its mixture of violence and comedy is not the key to the success.   The film’s focus on the three friends and their relationship is the primary reason Sweetie You Won’t Believe It works.  No matter what language or culture you are in, the problems and issues that arise for Dastan, Kisyk, and Petok are universal.

Not being chased by a serial killer or mobsters.  Rather impending fatherhood, stunted personal growth, machismo, the change of friendship are all things that one can relate to.  Sweetie, You Won’t Believe It just does it with a lot of severed limbs, blown-off heads, and various acts of blood-gushing violence around it.