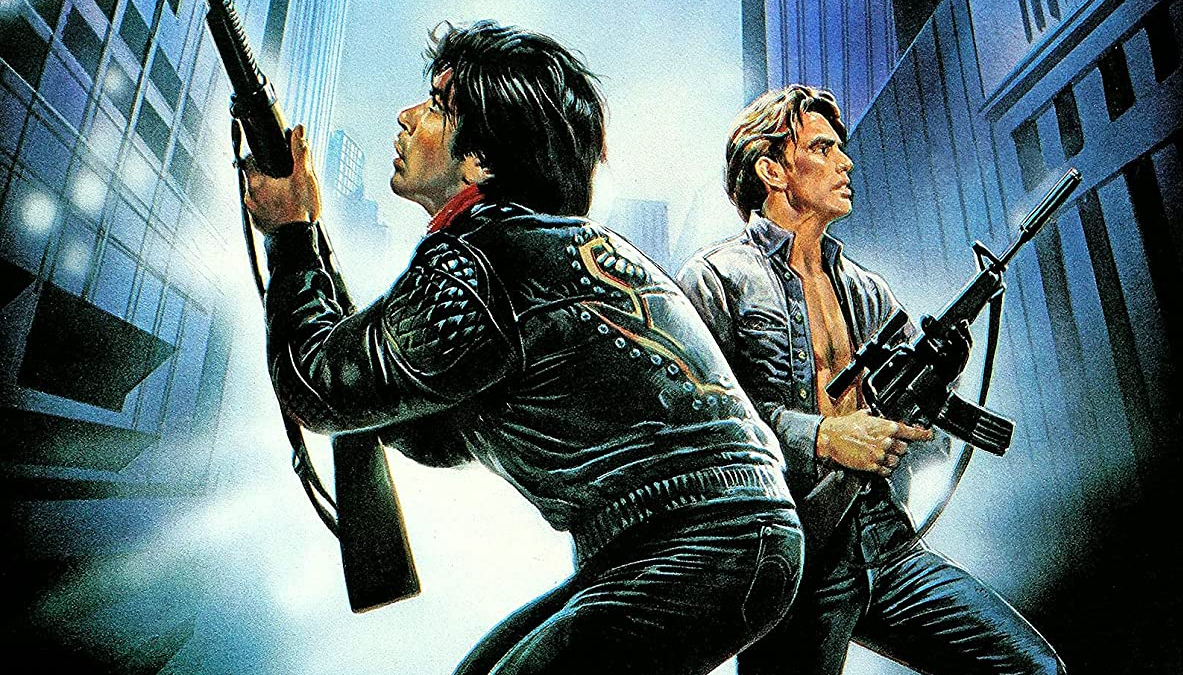 The mad geniuses at Severin Films has done it again, find a truly undiscovered genre cult classic in the waiting. This time its the Canadian Action Thriller Siege.

Siege with its grounded performances and a screenplay that values character over set-pieces elevates its place in the Patheon of low budge 1980s genre films.

1981.  Halifax, Nova Scotia. The police are on strike.  People fear the worst and have decided to lockdown for the night in hopes the strike will end soon.  At an LBGTQ bar, the worst fear is realized when a group calling themselves the N.O. (or New Order) has tasked themselves with cleaning up the city in the police absence.  Something goes terribly wrong that leaves all but one of the patrons of the bar dead.  The lone survivor is taken in by a couple, her blind brothers, and a punk rock survivalist (yes, I said that right).  They choose to protect rather than hand him over to the N.O. This begins a war neither side was expecting to be a battle and not a slaughter.

Few genre films feel as harrowing as Siege does.  The opening ten minutes make you feel like you’ve stepped into a horror film and not an action film.  Seeing actual footage of the actual police strike from Halifax sets a tone that remains consistent throughout.  When the N.O. enters the bar, you know bad things are about to happen.  The way it plays out and escalates permeates with a documentary-style verisimilitude.  Even when the lone survivor escapes, everything feels organic and not some mechanical plot device to keep everything moving forward.

Part of the key to the film’s success is how human all the characters feel.  The two groups never fall into a sort of “action movie stereotype” of villainy or heroics.  The group defending against the N.O. are just regular men and women that get caught in an awful situation.  All the decisions they make are human and based on human interactions.  Oftentimes, scripts of this ilk will have a character do something out of plot requirements or to get to the next action scene.  Siege thankfully suffers no fools and is so much better for it.

By stripping the veneer and sheen off the action film troupes/clichés and streamlining everything to an almost utilitarian style writer/director Paul Donovan has created an undiscovered classic.  An undiscovered classic that has aged better than most of its contemporaries.  Siege works because it puts substance over style and humanity over cool.  What we get is a harrowing-edge-of-your-seat top-tier action thriller.  One that you won’t soon forget.  Especially that haunting final shot that feels as modern and fitting as anything produced in 2021.

NOTE: Reviewed the Theatrical Cut of the film.

Other than a few spots in the beginning this is an amazing restoration from the original film elements.  The film’s low-level light shallow focus photography is beautifully transferred to hi-def wonderfully.  The image is always sharp, featuring great contrast and black levels, key to a film that solely takes place at night.

The audio commentary by Paul Donovan hosted by Jason Eisener is an informative lively track.  The details include Donovan’s bonafides, his origins as a filmmaker starting with film school in London going back to Canada because of the tax shelter in the 1970s, making his first film South Pacific 1942 and its failure, the budget and literal 35mm constraints of the feature, why Donovan chose to make the genre films because of the rise of the VHS market, his inspiration from Assault on Prescient 13, the focus on performance because of the limited amount of film, the writing of the script over 10 days and how he was developed, the homophobia that was taken from real life Canada at the time, the work and working with cinematographer Les Krizsan, the problems with their 35mm during production, the police strike footage which was real footage and could not be seen for a very long time, the various “indie tricks” to achieve certain shots, Donovan’s experience in real life rather than “cinema” or “TV” life as inspiration, the grounding of reality of the villains, the selling of the film, how his type of films have not ingratiated him to Canadian film production community,  the premiere of the film to investors, friends and family, the shooting of the “rocket launcher”, Canucksploitation from Donovan’s point of view, the difference between the extended version and the original theatrical release, and much more.  Eisener and Donovan are a great commentary duo.  Eisener is a very engaging host and is geuninely fascinated with the film and Donovan’s work. Donovan is more than willing to discuss his work with articulate and considered comments.

Extended Cut (93:00) – the extended version also has been fully restored. It has been discussed in the commentary more fully the differences between the versions.  There isn’t anything added to the feature itself just added 10-minutes to opening.  It is interesting to see the daytime setup of the various characters both good and bad but is not necessary.  The theatrical cut is definitely preferred as it keeps it a very lean movie.

Siege is a true-blue minor classic waiting to be discovered.  Highest Recommendations!!!

Severin’s Blu-Ray edition of Siege is out now