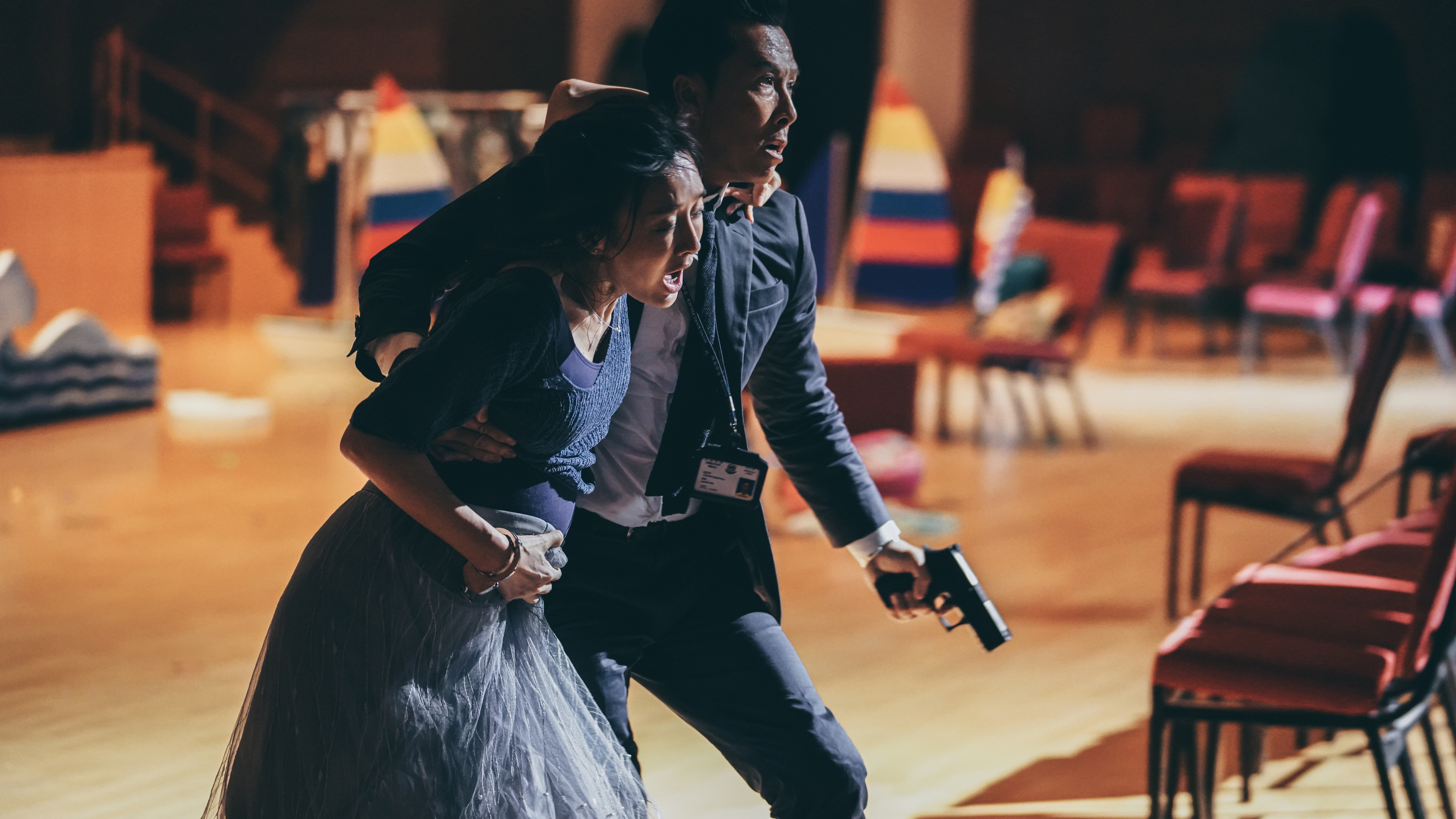 Raging Fire is the kind of Action Film that action junkies crave.  One with great action, a good story, better acting, and precision direction.

Police Lutientant and Father-to-be Shan (Yen) is pitted against his former partner Ngo (Tse) who has just been released from prison.  Ngo was sent to prison years ago because of Shan’s testimony on a time-sensitive case.  A decade later with vengeance on his mind and a master plan to enact Ngo goes to work with a series of violent crimes.  Ngo and his former college wreak havoc on Bong and all the HK Police Department all the while planning a heist to end all heists.  As Shan and his team move closer to Ngo and his crew, the stage is set for a fight that will set Hong Kong ablaze.

Raging Fire is the kind of throwback to early 90’s HK Police Procedurals that Chan himself directed.  Chan and the screenwriters update the genre troupes by adding the moral complexities to the genre at its very best is known for while always servicing amazing action set pieces.  Make no mistake, Chan’s final film is a doozy.  The actioner is designed more like a throwback to ground-level action that feels refreshing in its execution and direction.  The film takes its cues from more serious fare like Heat and Hard Boiled more than the playful side of the genre like Police Story or Chan’s own Gen-X Cops (a personal favorite of this reviewer).

Yen and Tse are perfectly cast as former colleagues turned antagonists.  Chan’s film is balanced in the way that it not only gives equal screen time to the characters but also in their moral groundings.  Raging Fire finds that neither Yen’s Shan nor Tse’s Ngo is villains or heroes.  Rather Raging Fire gives us morally complicated situations that give the film a better-updated viewpoint than its HK Action Thriller predecessors.  Tse is given the more charismatic role of the two.  Though Yen is great as the conflicted Shan.

Raging Fire could not be a more fitting end to Benny Chan’s illustrious career as a World Class Action director.