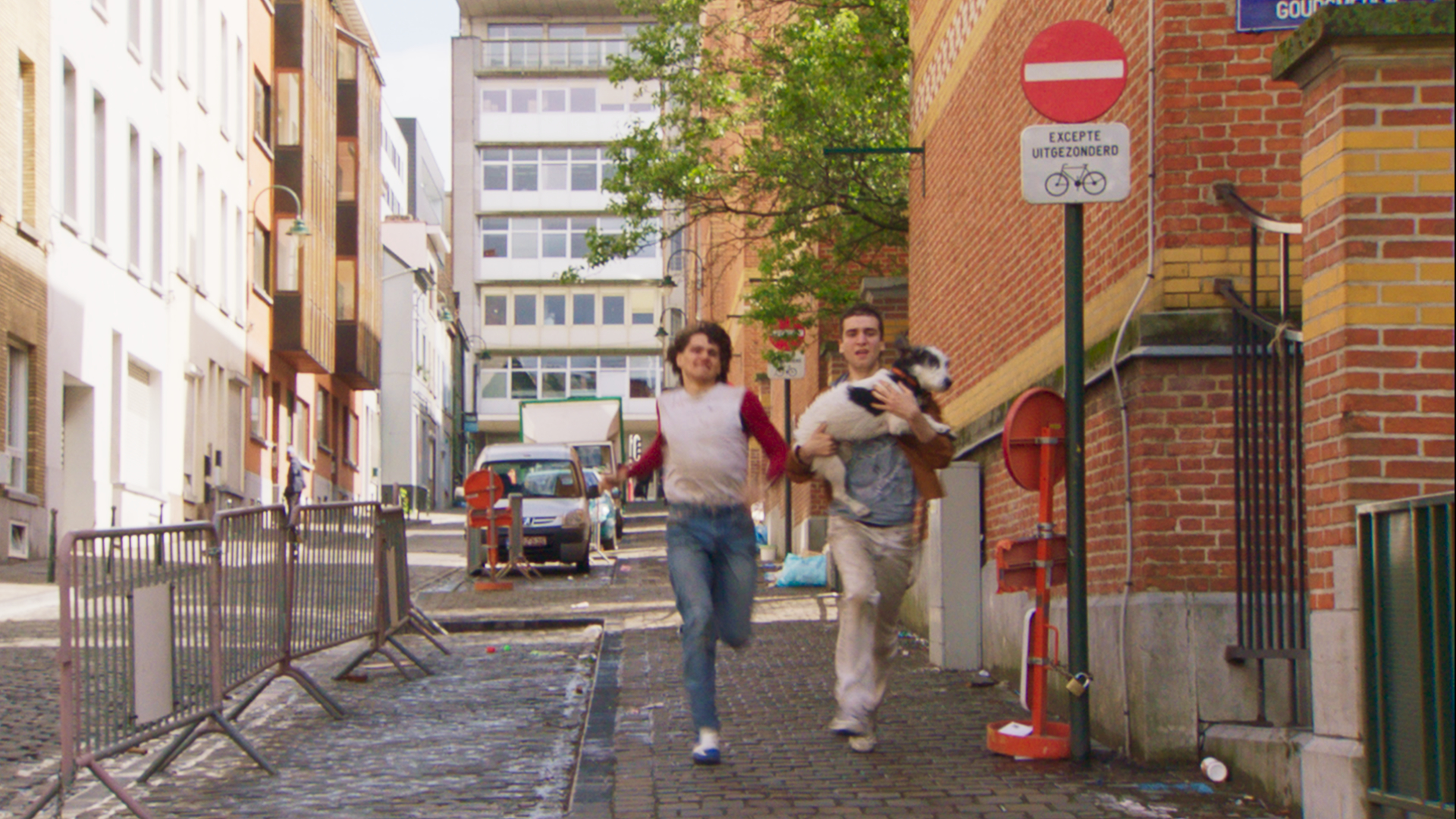 They say it takes someone truly smart to write truly stupid characters.  Mother Schmuckers proves this thesis.  The debut feature from writer/director/stars Harpo and Lenny Guit’s is as dark and dangerous comedy comes.

Mother Schmuckers is a singular crazed artistic vision that in any language is equal parts hilarious and disgusting.  The Guit brothers have created something singularly their own with their feature-film debut.  Two truly disturbed dim blub brothers (Harpo and Lenny Guit) wreak havoc on everything and every person they come in contact with as only two dullards could.  Set over one day that consists of movie-making, dick biting, bestiality, peanut allergies, death, resurrection, modeling, a father that collects Pez dispensers, a sex worker mother, stolen pets, stolen cars, unruly hordes of guys, and more aberrant and ghoulish behavior.

Many will look at Mother Schmuckers in disgust.  A series of escalating revolting jokes.  They will not be wrong on a surface level.  Below the surface is a free-wheeling dark character study of society’s fringes.  There is a running through-line of poverty and what people subject themselves and others to.  Though one cannot be blamed for not seeing this as it’s wrapped in a lining that would make the creatives behind Jackass blush.

The film is not slapdash or haphazardly put together.  There is true artistry and skill in what the Guit’s are telling their story.  The intricate ways that the plot remains simple but complex is one of the delights of the film.  The Guit’s understand to make something truly funny, even on the fringes, there must be a continual build upon the last event.  Part of the beauty of the entire film is how one set piece builds to another and to another and to yet another until you are at a place that is truly delirious.

Mother Schmuckers though adroit in its storytelling is never safe or sanitized.  The film turns darker and darker as the brothers go father into the depths of amoral depraved behavior.  By its end with everything dependent on a literal Coin Toss, the Guit’s have proven this is not a fly-by-night success but an announcement of a new talent.  An announcement that is also a warning.

Mother Schmuckers will not be for everyone, I’m not sure it’s going to be even for a few.  Those few it is for will find utter delight in the audacity of the dark humor. If one can stomach it.

Those that find themselves tickled by the film should stay to the last of the credits as there is a payoff.