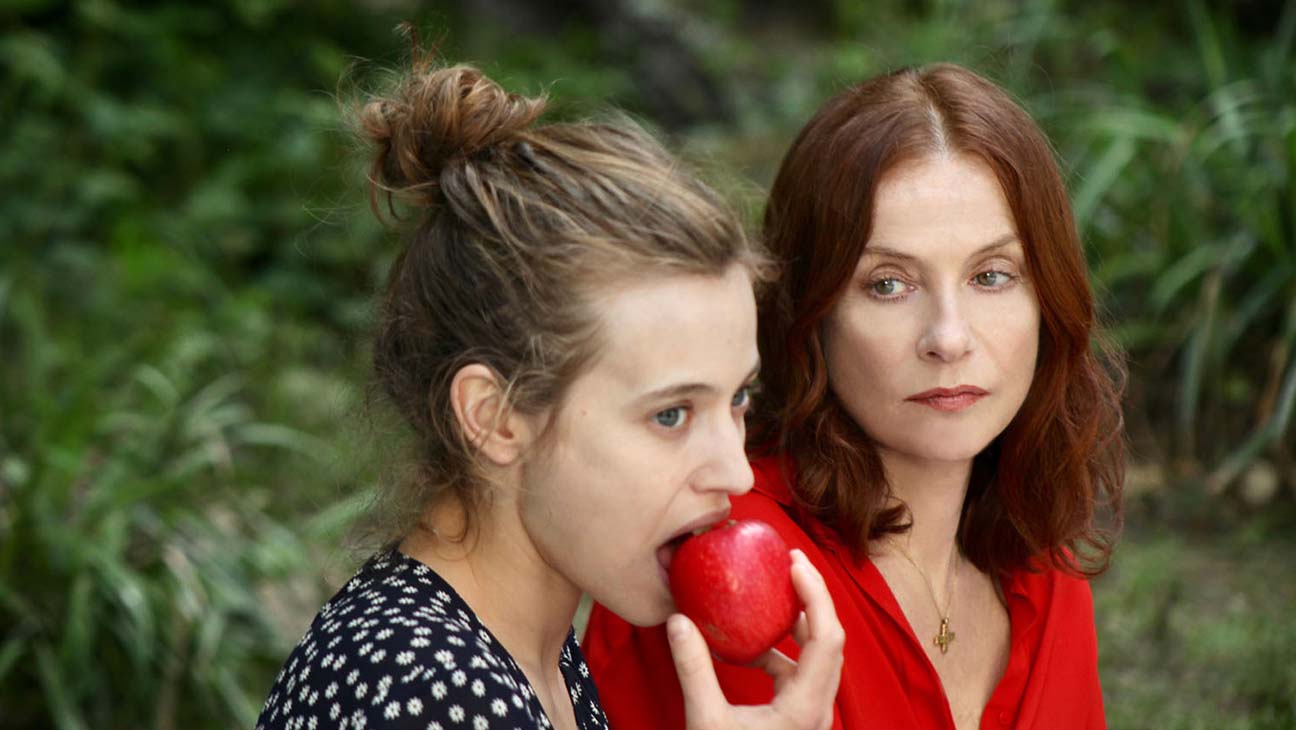 Perfect casting for a modern day evil step-mother? Look no further than Isabelle Huppert, who is never too far from a mirror and an apple in this loose modern-day nod to a well-known fairy tale.

The plot of White as Snow hangs itself (very) loosely around the Grimm Brothers’ story of Snow White, but is in no way a retelling. There is a put-upon step-daughter Claire (de Laâge), an ‘evil’ step-mother Maud (a perfectly-cast Huppert) and a collection of men living in secluded rural housing. Huppert frequently examines her appearance in the mirror, while flora and fauna are the backdrop to Claire’s journey. Part of the fun of watching is working out the touchstones to the original tale, for example loosely matching up the seven men who enter Claire’s life. There are moments in which some viewers may eye-roll and others will laugh – and it is the latter who will enjoy White as Snow significantly more.

After a traumatic opening section, you would be forgiven for thinking that the theme of the film is going to be one of tension and even fear, with a young woman finding herself surrounded by strangers and with little connection to the outside world. However, Bruno Coulais’ score cleverly and gently reminds the audience that we are watching a fairy tale of sorts – there is no need to be worried, the happily-ever-after isn’t far away.

In fact, far from becoming a story of oppression, Claire finds liberation in her new surroundings. Her encounters with each of the men (some sexual, but not all) allow her to discover herself away from the overbearing jealousy of her step-mother, and tension is present only when Huppert is on-screen.

And if ever anyone was perfect for the role of ‘evil step-mother’ it is Isabelle Huppert. The outward warmth of maternal concern can be shattered in an instant by the mere arch of her icy brow. Lou de Laâge is sparkling as the newly liberated Claire, and the male supporting cast of familiar French/Belgian faces each bring their own something to their characters, with the stand-out probably being Benoît Poelvoorde as the louche bookstore-owner whom Claire keeps firmly under control.

Laugh with the deliberately sillier moments of White as Snow and not at them, and this film is an entertaining tale of youthful female emancipation – which is I’m sure what the director intended.

White as Snow will be in cinemas from 13th August 2021