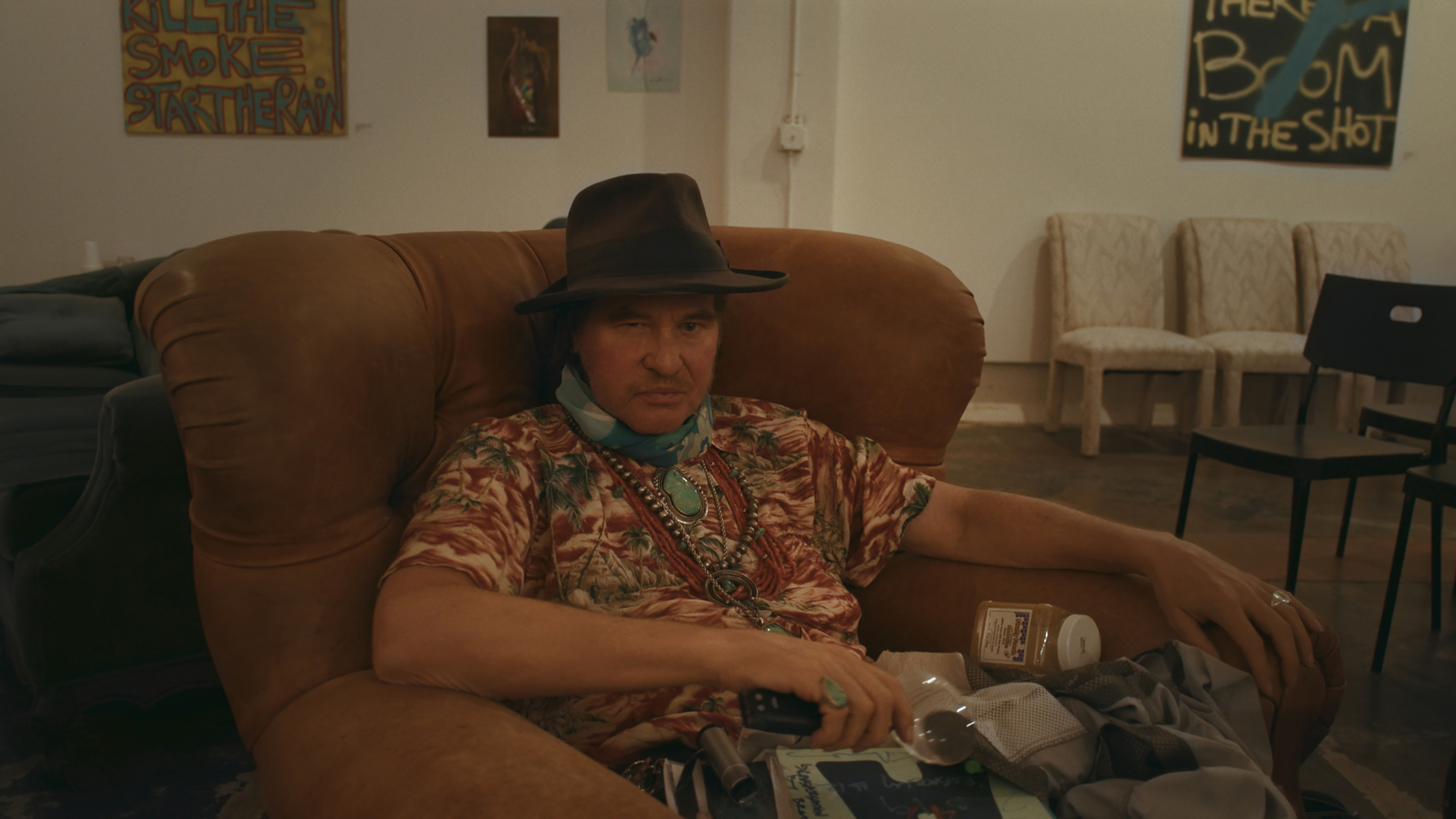 Much like the enigmatic actor Val Kilmer, VAL takes a unique approach to telling the actor’s story as an actor, a father, a husband, and artist.

Thousands of hours of footage taken and edited down to 109 minutes of moments throughout an illustrious and oftentimes misunderstood career.  Though tells his story it is with the aid of his son Jack and daughter Mercedes.

Like many documentaries of recent memory, VAL is more autobiography and biography.  Kilmer as told through the voice-over done by his son Jack has been filming himself and his family since he was a child.  Growing up in the San Fernando Valley the actor’s Land Developer Father and Aerospace Sales Person Mother filming with his brothers various mini-epics.  It was only a matter of time before Kilmer would be stage-bound, then Julliard bound, and then Movie Star.  All the while filming his journey with an almost obsessive nature allowing for some truly astounding unfiltered moments.

VAL adroitly chooses to use a parallel structure; Kilmer in his present-day life and Kilmer’s past charting his personal and professional life.  In the present Kilmer has been sidelined from acting by a bout with throat cancer leaving him the inability to speak, or not speak as he once did.  With the help of both of his children, Kilmer goes through day to day of his life making appearances at screenings of Tombstone and signing autographs at Comic-Con (this was filmed pre-pandemic).  In the past, we see Kilmer’s personal and professional triumphs as well as his

The film is structured by the work/films Kilmer does but never feels like a checklist of “greatest hits”.  Though there is a visceral thrill in seeing young Kilmer behind the scenes with the likes of Tom Cruise, Sean Penn, and others.  These unguarded moments give context to Kilmer’s story rather than just a bump of endorphins to the viewer.   Directors Leo Scott and Ting Poo understand that the emotional story is the most vital and important part of this film.

Years and years we’ve heard of the perfectionism and mercurial nature of the actor.  Here we are privy to the actor explaining the process and some of what we had read in the press.  But rather than being some sort of PR push, it feels like it’s organically part of the greater story of an actor who took himself seriously but because of his looks was pushed into Stardom. The contextualization is greatly aided by Kilmer himself, who wrote the film, and specifically the narration that Jack Kilmer speaks through the run time of the film.

VAL is an arresting, visually surprising, intimate look at an artist and the loves, passions, mistakes, and triumphs that have filled his professional and personal life.