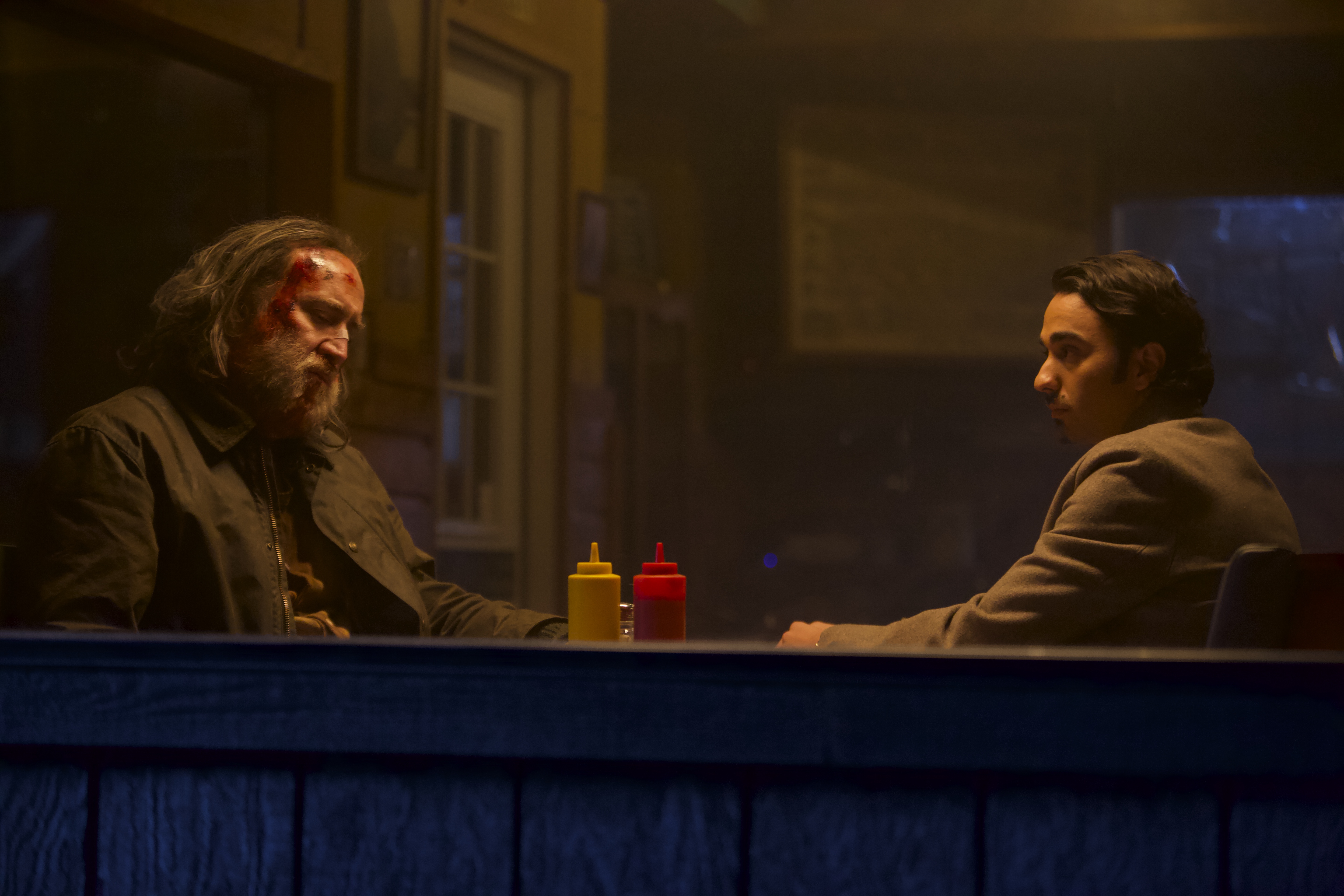 Nicolas Cage proves why he is one of the most dynamic actors working today in writer/director Michael Sarnoski’s quietly powerful Pig, one of the best films of 2021.

Those expecting Pig to be Cage’s John Wick will be disappointed.  Those that go in with an open mind will find a beautifully dark tale of food, grief, loss, and forgiveness.

Rob (Cage) is a recluse living in the forests outside of Portland.  His days consist of hunting for truffles with his pig, forging for other plants and spices, cooking for him and his pig.  It is a simple life but one that Rob seems to find solace from the pain life and he himself has inflicted.  The only contact to the real world is Amir (Alex Wolff) a ner’ do well posing as a truffle dealer.  It is no sooner than we meet Amir that the pig is kidnapped forcing Rob to team with Amir to find his beloved pig.  The mystery takes them to the highest of eateries to the dankest of dirty underworld dealing of the Gastronomy world of Portland.

Many an audience member thinks of Nicolas Cage as the man who “brings the weird” to specific genre fare.  Often forgotten is just how transcendent his work can be when given the right material.  As Rob, Cage’s work is simple, unadorned, and powerful giving the character a deeply fractured soul.  Cage has always been at his best when given a character to work with his physicality as a performer.  Here from the opening moments that physicality is tragic and haunted in a way that someone could not handle the tragedy that life served them.

One of the biggest challenges a film actor can face is Nicolas Cage.  We have seen countless seasoned actors crumble in the face of his performances.  Alex Wolff appears to be of the rarified few that are better when paired with Cage.  The way that he plays Amir and the journey that we take with the character is as powerful as the one Cage/Rob takes.  Wolff like Cage is entirely committed but in a different way.  Amir fashions himself as a slick salesman trying to earn cred where none can be earned.  The actor’s final moments are as humanly devastating as Cage’s final moments are.

Writer/Director Michael Sarnoski creates a film that is more quiet and dark character piece than violent exploitation film.  Pig is better off in every way for the simple choice to tell a film about real humans and the damage they accumulate.  Rob and Amir though vastly different go on a similar journey in how we bury pain and grief.  As opposites of the spectrum of society, the film charts their emotional journey as they hunt for Rob’s stolen Pig.  The way that Sarnoski is able to beautifully connect everything in the film is a miracle in world-building and filmmaking economy as the film runs a brisk 92-minutes but feels wholly sumptuous in its look, design, story, and emotional throughline.

Pig is an uncommonly beautiful and powerful film.  One of the best of 2021.