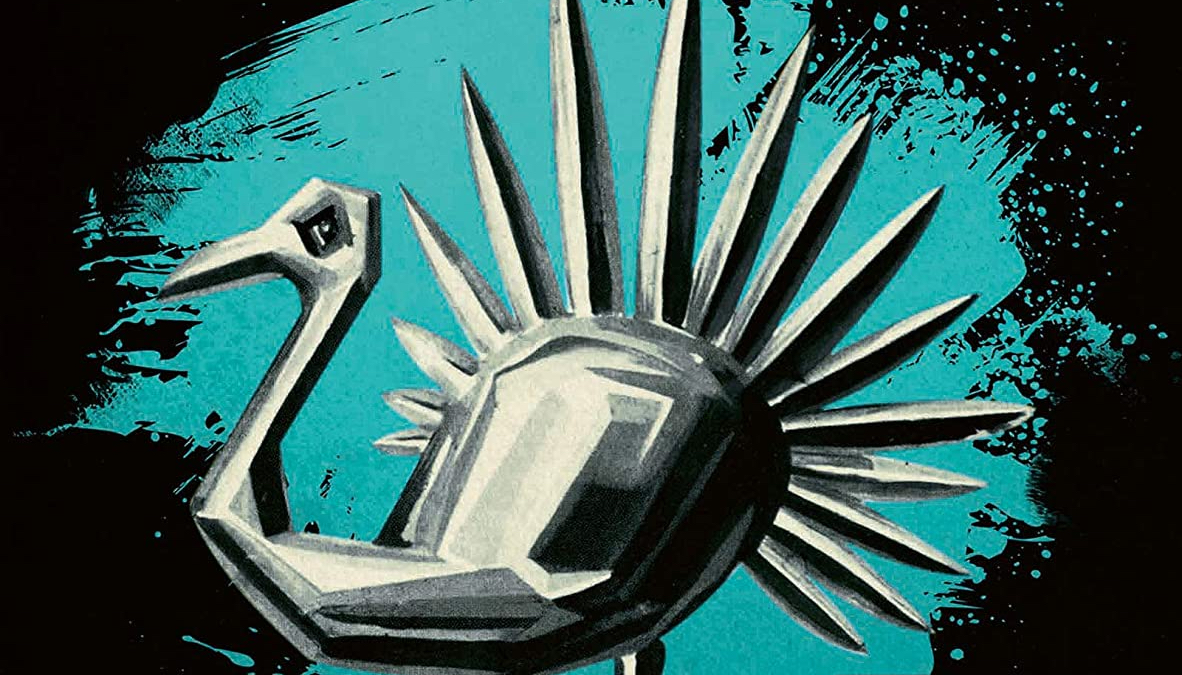 Arrow Video has given Dario Argento’s debut feature The Bird with the Crystal Plumage a new 4K UHD upgrade.  The results: STUNNING

The first directed Dario Argento shows the promise of a director that would end up creating iconic horror films such as Suspiria, Deep Red, Opera and Tenebre.  The Bird with the Crystal Plumage is that type of proto-Giallo film that’s still more mystery than slasher.  Argento shows the promise that would come to fruition with Suspiria but is not yet fully formed.  The film feels like an exercise in Hitchcockian terror than it feels like a true-blue horror film.

Sam, an American writer, whose clichéd case of writer’s block is coming to an end as he is the witness to an attempted murder of a beautiful woman.  Sam who is scheduled to go back to America tangles himself deeper and deeper into the mystery of what is a suspected serial killer.  The film gets appropriately topsy-turvy as Sam gets himself deeper and deeper into the mystery.  One of the beautiful story points that Argento (who also wrote the script) does, shows just how stupidly bullheaded Sam is.  He is almost blissfully headed toward disaster for not only himself but his girlfriend.  There is an almost Noir-ish way that Sam thinks he’s smarter than the serial killer he’s tracking and that’s hunting him.

The film though thrilling in sections and set pieces never manages to be cohesively merged as a singular piece.  It’s rather pieces of a whole that do not seem to connect in the way that Argento wants them to.  The final act though appropriately fun in the narrative twists, The Bird with the Crystal Plumage falls flat in the same way that Hitchcock’s Psycho does in the final “over explanatory” scene.

In spite of the ending and the lack of cohesion of the piece Argento manages to make something polished, beautifully, thrilling and nightmarish.

The 4K Restoration done now with the advent of UHD 4K discs can truly shine.  The Dolby Vision and HDR10+ encoding give the transfer a lush layer of color, contrast, black levels, and all-around detail that even the Blu-Ray could never produce. With the advent of UHD, we have truly gotten to a point in Home Video where the transfers feel as good as watching the film on the big screen.

The three hours (not including the commentary) of special features brilliantly encapsulate the film and gives you every piece of background about the film, Argento, and the production one could ever possibly want to know.  The Visual essay by author Alexandra Heller-Nicholas is the best of these features giving you a breakdown of not only the film but of Argento’s work. The newer analysis by Kat Ellinger is equally adroit at breaking down the film as her sometimes co-commentator Heller-Nicolas.  The commentary Troy Howarth is a bit scholarly but very interesting in the fact that it really doesn’t go over the same information covered in the other special features.

Arrow has done it again with their 4K UHD upgrade.  This is a must purchase for not just Argento/Horror fans but anyone collecting UHD Physical Media.  Highest Possible recommendations!!!