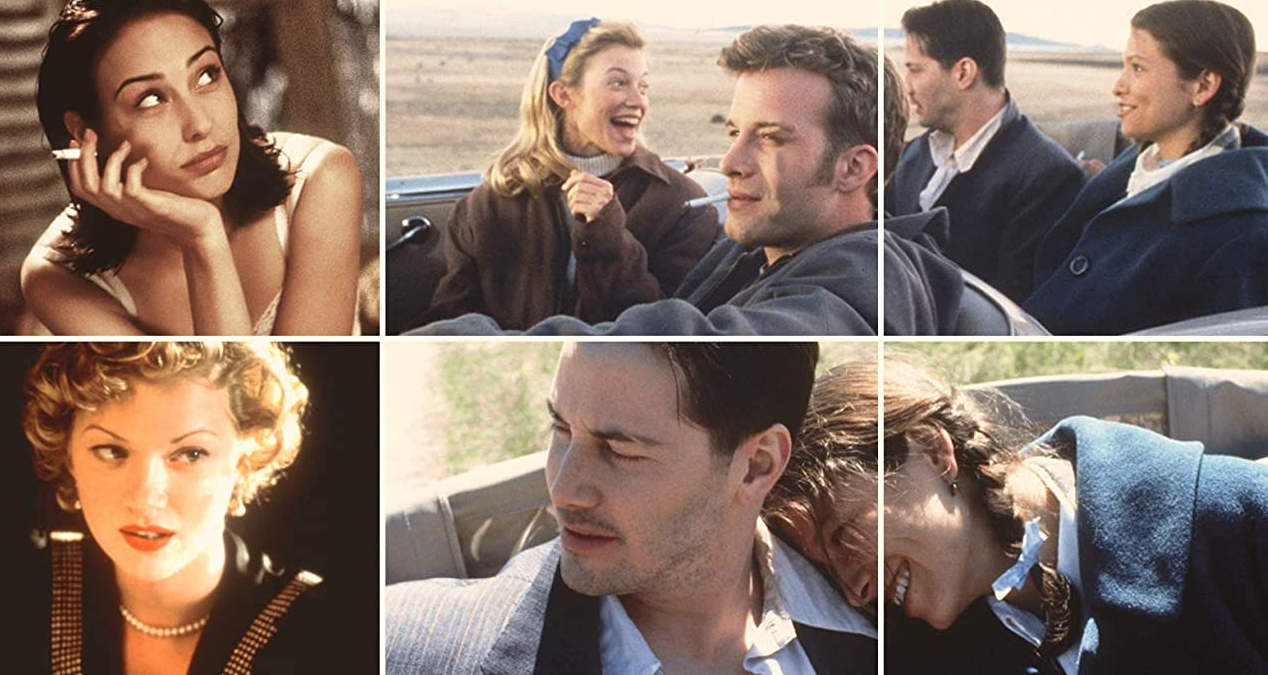 Neal Cassady’s letter to Jack Kerouac began a friendship, and some say the “Beat” Generation is adapted during the late 90s Indie Boom with Thomas Jane, Adrian Brody, and Keanu Reeves.

Back in the 1950s people wrote other people letters.  Not emails.  Not texts.  Not DM’s.  Pen to paper letters they would mail off.  One of the more infamous letters of the 1950s.  The Last Time I Committed Suicide is the kind of ‘what the 50s were really like’ stories that are as slight as one would think considering its source material.

Neal Cassady (Thomas Jane) begins to write a letter about how he ended up in jail to Jack Kerouac (unseen).  Of course, as with any story, it is not that simple.  Cassady, a would-be writer, and all-around asshole begins with the most obvious point, where his girlfriend (Claire Forlani) attempts to commit suicide.  After abandoning her in the hospital, I hear this was a thing with white males who were unencumbered by “social norms” at the time because he can’t face his own bullshit.  Cassady then hems and haws his way through the possibility of writing things, drinking, sex, more drinking, more sex, and eventually ends where he begins his story… in jail.

The work done by everyone here is solid.  From Thomas Jane to Claire Forlani to Adrian Brody to the cameo by Keanu Reeves.  They play into the heightened reality of the piece.  Reeves especially goes all out with his character’s more boorish characteristics to good effect.  Jane brings a normcore vibe to Cassady which works contrary to just how terrible of a human that he over the course of the film.

Screenwriter/Director Stephen T Kay brings a stripped-down unadorned style to the entire piece.  Working with Cinematographer Bobby Bukowski the visual style is anything, but the sort of candy-coated saccharine vision most films portray the 1950s with.  Everything here is covered in a layer of ash and a haze of tobacco.

The Last Time I Committed Suicide is definitely a look at the “Beat Generation” from an unapologetically cynical eye.  One wishes that Kay had adapted another piece of Beat literature with the same sort of unsentimentality that permeates throughout the film.

MVD Marquee has been furnished with a decent, albeit older transfer.  The transfer helps with the milieu of the entire piece with a burnt brown orangish hue throughout.  The image itself is sharp but lacks a huge amount of contrast and black levels. That could be the transfer and the film itself (this was still amid Studio and Indie productions filming in 35mm and 16mm almost exclusively).

No extras were included in this release.

The Last Time I Committed Suicide is interesting in how it does not bolster the legend of the Beat Generation.  MVD continues to release these worthy underseen gems.