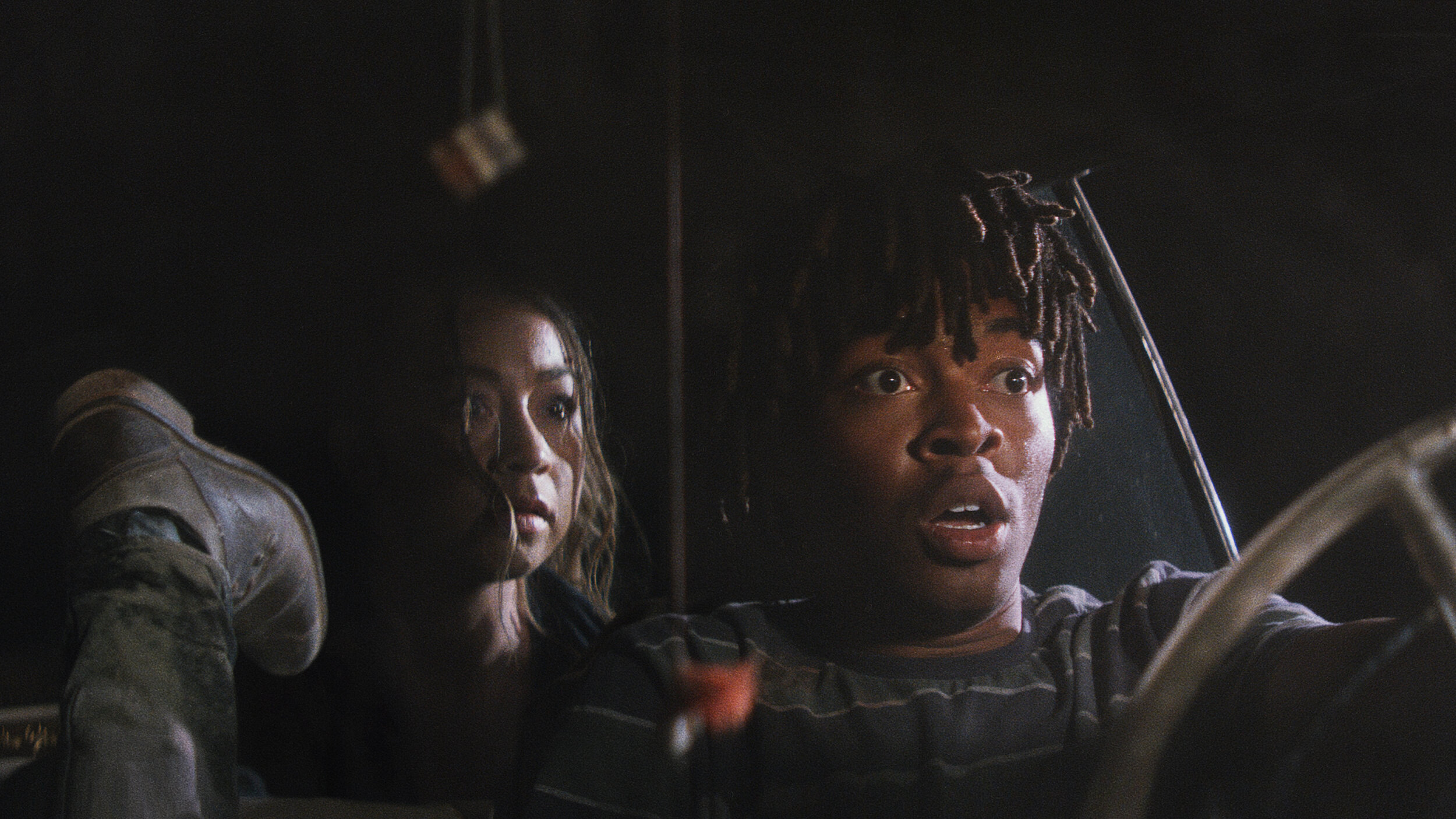 Writing/Directing duo Manuel Crosby and Darren Knapp concoct a heady brew of Teen Rom-Com and Crime Film that’s too good to pass up.

First Date begins as Say Anything… a sweet-natured story of a boy shooting his shot and ends as True Romance with boy and girl being shot at.  Crosby and Knapp have made a film that will unexpectedly delight fans of both Rom-Coms and Crime films.

Mike (Tyson Brown) is your average teenager wanting nothing more than to get the courage to talk to his crush Kelsey (Shelby Duclos).  With a little help from his friend Brett (Josh Fesler) he shoots his shot and connects.  Mike and Kelsey destined for greatness at 8:00 pm.  Though, as in all things, there’s a hitch.  Mike doesn’t have wheels.  He’s got $3,000 and tries to get a deal online.  That deal turns into a con and he ends up with a shoddy ’65 Chrysler.  What Mike doesn’t know is that drug dealers, would-be drug dealers, cops, and others are willing to do almost anything to get it.  As the night progresses all Mike wants is to get out of a situation becoming increasingly dangerous.

As with any Rom-Com, the success weighs heavily on the chemistry between the two leads.  In an increasingly rare find, Tyson Brown and Shelby Duclos have chemistry to spare.  The duo as Mike and Kelsey, like any great Rom-Com couple, exert their own energy and make for an engaging couple.  One that isn’t just speaking dialog to one another but actively engaging emotionally in each other.  Watch the moment between the two in Kelsey’s car as Mike owns up to a few misgivings.  The way the actors push and pull in the scene giving each other what they need feels more real than anything of recent memory.

The charm of the piece is the way that Crosby and Knapp find a well-balanced tone that runs through the entire film.  The hardest part of any film that mixes comedy and violence is the right amount of each to not invalidate the other.  The mashup of Rom-Com and Crime timbers anything too violent or twee.  Crosby and Knapp give the criminality and those engaged in that life their own unique but grounded spin.

Often newer filmmakers just ape the styles of the similarly minded directors or writers.  The most refreshing aspect of this debut feature is that Crosby and Knapp manage to stray away from most of the clichés giving us a voice and attitude that is different than their contemporaries or forbearers.  It’s their surprisingly gentle touch and their ability to ground comedy in so much character that one forgets this is a genre film.  That a deranged Roomba.