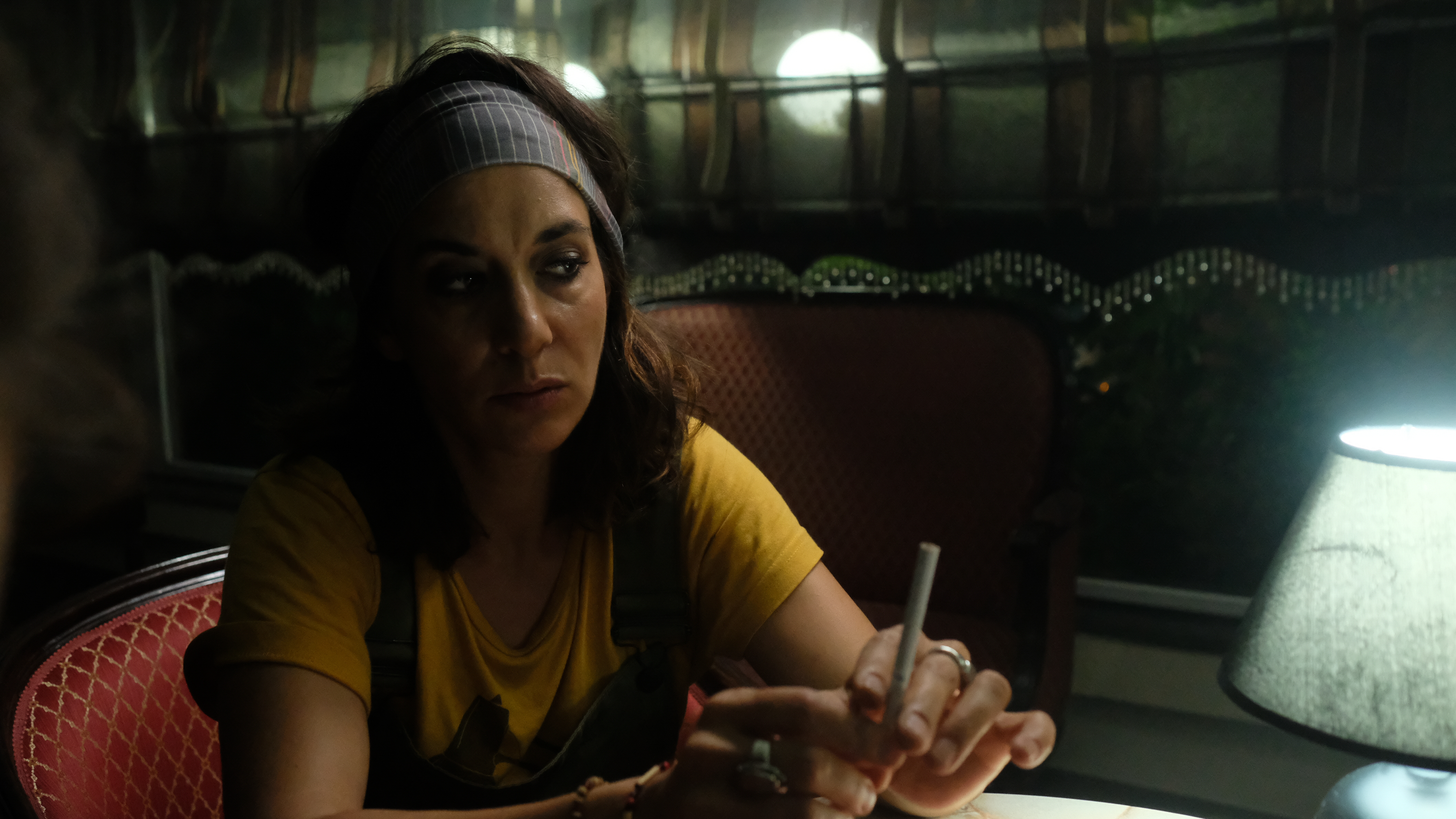 Kind of a portmanteau film, kind of not, Treasure City is a fascinating – if still veiled – allegory of Viktor Orbán’s Hungary told over the space of one evening.

Treasure City (Békeidő) is a portmanteau film, in that it is made up of several scenes set in the same city during the same evening, each section featuring a small cast. As the film progresses though it becomes clear that, although each scene is isolated, the characters connect them by turning up in other scenes, connecting the narrative in a thematic rather than plot-driven manner.

“as if just then everything was possible: the ugly approaches the beautiful, and vice versa, the ruthless and the weak”

And Treasure City does just that, pitting ugliness and beauty, ruthlessness and weakness, autocracy and rebellion, even middle-age and youth against each other.

The film opens on a cafe scene in which two women are conversing. Dorottya (Fanni Wrochna) has clearly made some kind of mistake, and her companion Kinga (Orsolya Török-Illyés) berates her for this and several other misdemeanours. Dorottya tries to defend herself but is exposed as a habitual liar. It immediately sows the seed of doubt as to how much of what people say in Treasure City can be taken at face value by the viewer. The camera stays very close to the women’s faces and there is no escape for them, Dorottya in particular.

Further scenes include a mother using her young daughter as an excuse to passive-aggressively end an encounter, a mother and father at odds with each other and their punk teenage son around a dinner table, and a young woman organising a movement of civil unrest. In the background, radios broadcast decidedly isolationist and anti-immigration messages from the Hungarian government.

The episodic nature of the film, and certain of its quirkier moments, are bound to put some viewers in mind of Jim Jarmusch’s work – and it’s surely not a coincidence that Jarmusch’s producer Jim Stark is also a producer on Treasure City. But such comparisons would also be unfair to Szabolcs Hajdu, who has a distinct agenda for his anthology, emerging from the changes his homeland has undergone and indeed continues to experience in recent decades.

And while it’s the middle-aged group who seem to have the most issues dealing with life, there appears to be some hope that the younger generation are beginning to find their feet and express themselves. They may well be the ones to transition into successful adults – and by association move their country forward.

The acting across the board is quality and combined with the dialogue (also written by Hajdu), every character is fully-fleshed even with only a few minutes spent in their company. The external night scenes are beautifully photographed by cinematographer Csaba Bántó and the soundtrack (by Hungarian psychedelic electro band Freakin’ Disco) provides the perfect accompaniment to the unusual mix of characters.

I imagine those with more in-depth understanding of modern-day Hungary will see far more deeply into the symbolism and references made in Treasure City, but even for those who don’t, it does provoke questions as well as providing 90 minutes of highly engaging fare.