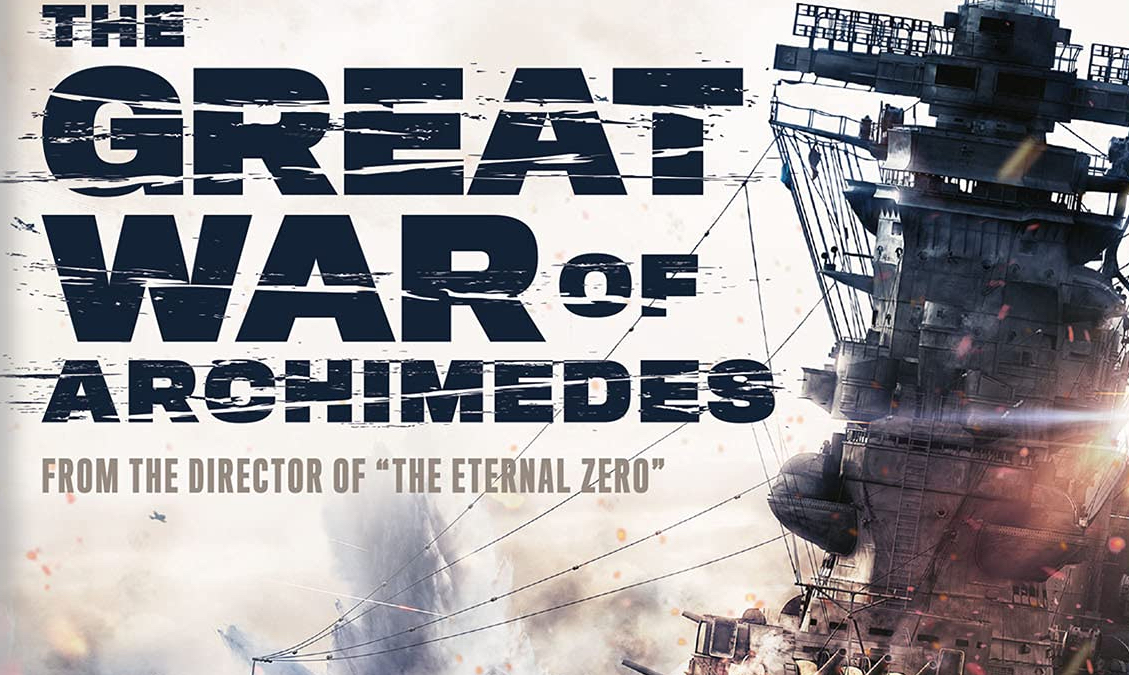 The Great War of Archimedes is a very different look at WW2 which gives new life to the War Film.  New from Well Go USA.

For those that love Japanese cinema and are Japanese themselves, there is a bit of irony in watching The Great War of Archimedes which was written and directed by the man responsible for the Live-Action Battleship Yamato adaptation.

Before Pearl Harbor, Japan’s rise in military force had begun decades prior.  As this militaristic rise in spending and in power rose there were few in the military that were against what they saw as an eventual war.  The building of a new super battleship, bigger than any ever seen, is on the verge of being approved.  Without a possibility of stopping, its Admiral Yamamoto (Hiroshi Tachi) enlists a brash genius Tadashi Kai (Masaki Suda) to prove that the battleship will cost more than his aircraft carriers, hopefully averting war.

The Great War of Archimedes recalls the intelligent and sobering dramas like Judgement at Nuremberg that rely on the cerebral rather than the physical.  By setting the film in pre-war Japan the filmmakers allow us to see a side rarely put onto film; a Japan that isn’t an enemy but rather a conflicted nation with many voices, some of descent, than the easy binary argument that other war films would have you easily digest.

Writer/Director Takashi Yamazaki creates a pot boiler thriller that relies on intelligence of its characters rather than their brawn.  The film believes that it doesn’t have to slow down for anyone to understand the story.  The way that Yamazaki adds layer upon layer to the mystery adds to the satisfaction of any viewer willing to invest in this film.  Kai is never portrayed as a super human but rather he rises to the occasion when a set of problems are set before him.

Many films that are labeled “war films” are thinly veiled excuses to destroy things with whatever new technology is available.  Few have something to say about “war” or the political machinations of war.  This is where The Great War of Archimedes shines as it is more of a political thriller than an action film. Yamazaki through his adaptation of the Manga of the same name gives us a view of how everyone is a pawn in the rising of nationalism and eventual war.

The masterful stroke at its end is with little to no traditional action scenes The Great War of Archimedes manages to be a thrilling and insightful story about the cost of war.

Well Go USA has been given a handsome transfer from Toho.  The image is always sharp and beautifully rendered on Blu-Ray.

No extras were included with this release.

The Great War of Archimedes is an intelligent war film.  High recommendations.