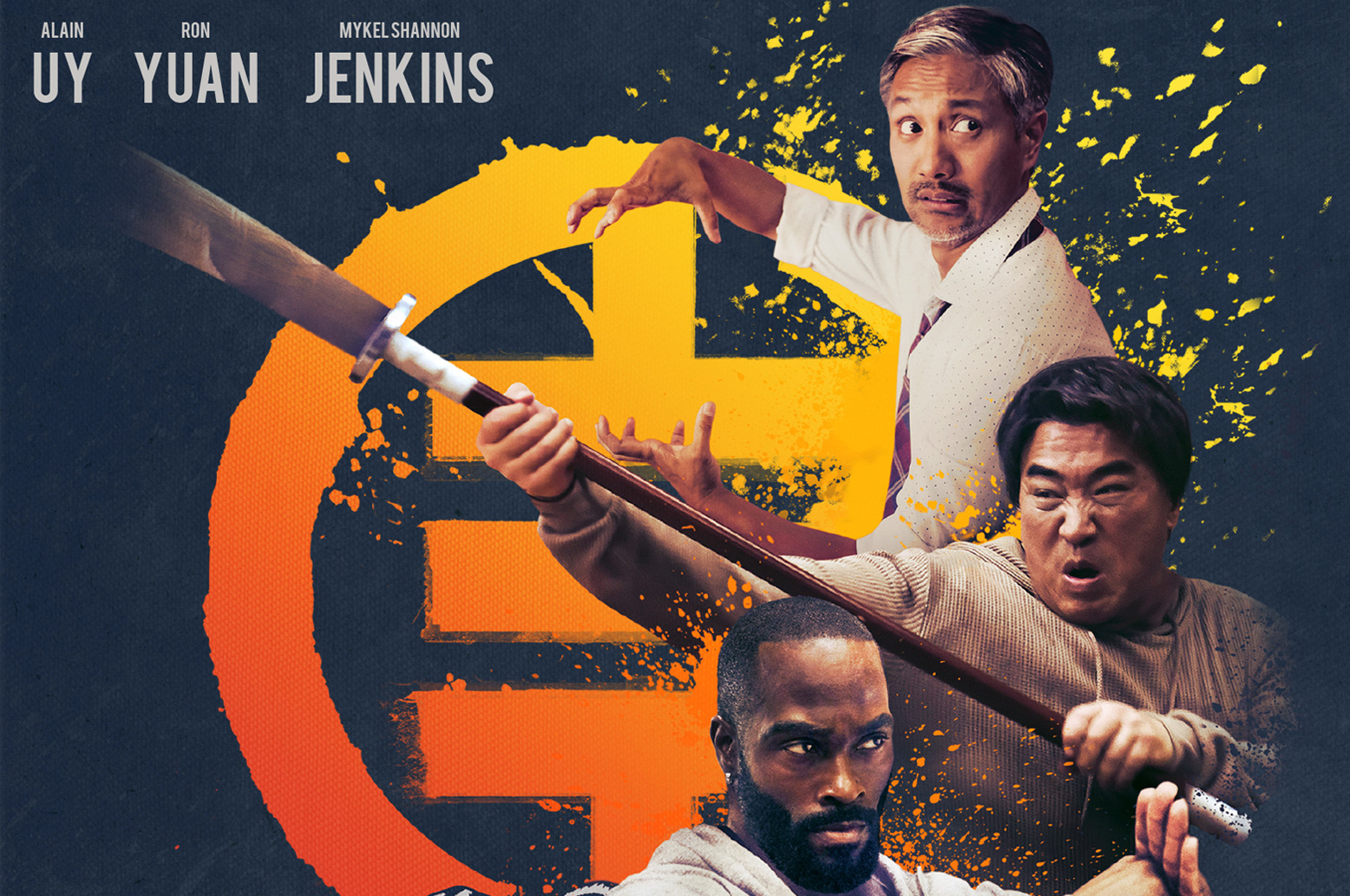 One of the true surprises of 2020 Quoc Bao Tran’s The Paper Tiger makes its way to Blu-Ray thanks to Well Go USA.

Not all Marital Arts Masters age into badass silver foxes.  Most age, lose their skill, gain weight, and nurse injuries from years prior.  Writer/Director Quoc Bao Tran’s The Paper Tigers kicks ass not because of its ass kicker-y but because of the values it exudes… and it’s hilarious, sincere and well, kicks ass.

Three friends Danny (Alain Uy), Jim (Mykel Shannon Jenkins), and Hing (Ron Yaung) under the tutelage for Sifu Cheung (Roger Yang) became the best of the best during their teens.  Their martial arts knew no equal.  They were set for greatness.  They lived up to their moniker The Three Tigers. Then… they weren’t.  Thirty years later Sifu Cheung is murdered.  The Three Tigers have to come together to find his murderer. This isn’t some Liam Neeson Movie, though.  These are not old men with particular skill set.  A lot has changed in thirty years.  These Tigers are not what they used to be.  They fumble and fall towards the truth about their Master and his murderer.

The Paper Tiger subverts this well-worn martial arts subgenre at every turn.  Tran and his crew of actors, stunt people and craftspeople have put together a beautifully shot, edited, and executed film that never makes fun of martial arts but definitely takes the hot air out of the “aging avenger” subgenre with glee.  Much of the comedy and also tension comes from Danny, Jim, and Hing all not being proficient or skilled after 30-years of non-practice.

Part of what makes this such an unexpected success is the performances by Uy, Jenkins, and Yaun.  Bao’s script requires more pathos and humor than action giving the film an edge on any of the action comedies of recent memory.  All three actors relish in the unexpected levity that plays out in every scene even in the action set pieces.  The chemistry between the actors further compounds the enjoyment as Uy, Jenkins, and Yaun all feel like friends with three decades of history, grievances and stories.

How the film comes together in its third act is what separates this from just your run of the mill action comedy to something elevated.  It never takes itself too seriously but knows when it needs to make an impact.  The Paper Tigers by its end has earned it place in our hearts and minds not just because it kicks ass, but it manages to do so with a bit heart and a lot of genuine laughs.  Like the Three Tigers, the film definitely lives up to the hype but in the most unexpected ways.

The image Well Go USA has produced for this Blu-Ray release is a handsome and sharp transfer.

A Look Behind the Film (9:56) – the story, the casting, diversity in making of the film.  Comments by writer/director Bao, action designer Ken Quitugua, Actors Uy, Jenkins, Yaung, Yuji Okumoto and more.

Tai Tung Restaurant (1:53) – a look at Bruce Lee’s favorite restaurant in Seattle and how it played an integral part of the story of the film.

Deleted Scenes (23:39) – a series of outtakes and deleted scenes.  A lot of the footage appears to be b-roll for the video opening credits montage.  Full scenes from that montage play out like “the dojo busting scene”, and others.

Bloopers (7:39) – various flubbed and botched lines from throughout the film.  Most involving actor Matthew Page who plays Carter.

Rounding out the special features is the original theatrical trailer (2:03)