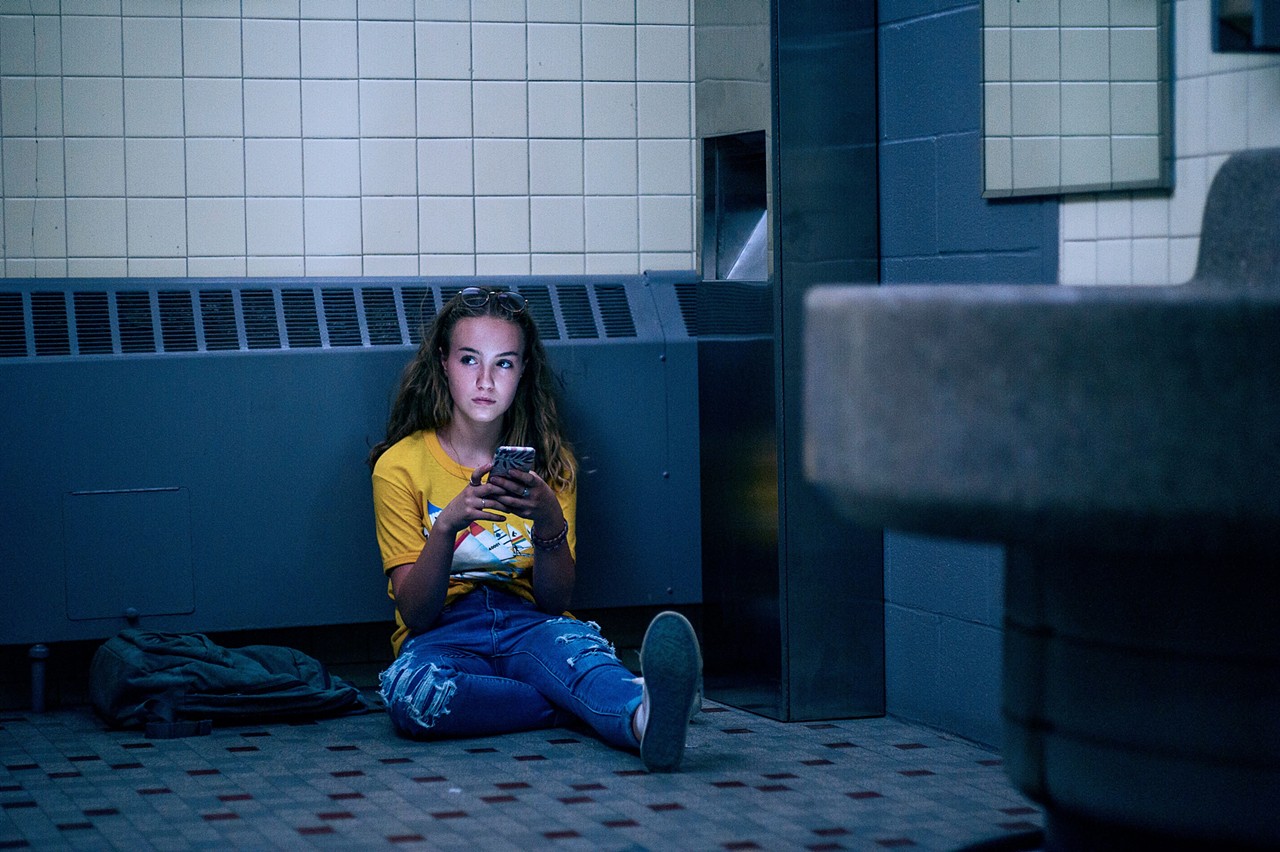 Uncomfortable yet compelling viewing set in suburban Quebec, Les Nôtres – from Canadian director Jeanne Leblanc – takes a peek behind the twitching curtains at what happens when some members of a tight-knit community do not conform.

A nice residential street in a small town in Quebec harbours a hidden secret, and 13-year-old Magalie is at the centre.

This could easily be the premise of an unpleasant horror film, but Les Nôtres (Our Own) is not exactly that. While it would be true to say that there is horror lurking, it’s not the jump-scare style; it is in the realisation that ordinary people do nasty things, while others knowingly stand by and do nothing. It’s also about the use and abuse of power, and insidious racism among white middle-class suburbanites.

Very early on we learn that teenager Magalie (Émilie Bierre) is pregnant. This shocks the curtain-twitching neighbourhood but only gets worse when Magalie refuses to identify the father of her baby and decides that she wants to keep the child. Suspicion falls on the boys who live on her street, and the consequences of both action and inaction are significant.

The film is hard to discuss without giving too much away, as the tension in the gradual reveal and then the fall-out is one of the strong points of the story. Suffice it to say that Magalie’s naivety in romantic relationships and her immature expectations of how people behave are a major contribution to the feeling of impending car crash. And at the same time, the unashamed manipulation of a vulnerable teenager by so-called pillars of the community will leave viewers angered and outraged on Magalie’s behalf. The tight-knit community remains tight-knit for its own self-preservation but drops several stitches by excluding one of its own in her time of greatest need.

Les Nôtres demands a lot from young actor Émilie Bierre at the centre, and she does not fail to deliver. Maglie is not a teen who is wise beyond her years; like most, she only thinks she is more grown-up than is actually the truth. Bierre is able to convey this complexity with apparent ease, portraying a romantically-blinded teenager, in denial as to the reality of her relationship with the baby’s father and also to the consequences of both what she says and doesn’t say.

The feeling of suburban menace which permeates drops only in the disappointing ending – a coda in which the tone appears to shift and which is potentially unnecessary.

Other than that, Les Nôtres is a chilling peek at what may be going on behind closed doors close to you, and makes uncomfortable, yet compelling, viewing.