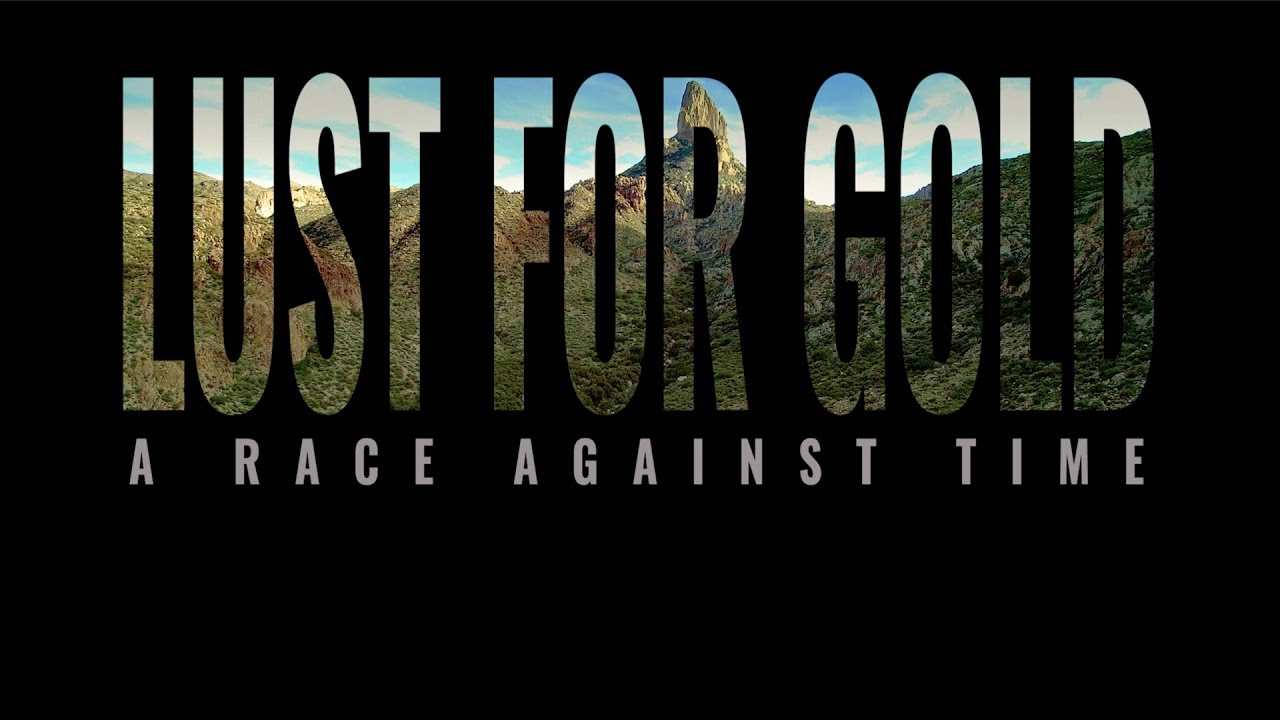 Lust for Gold: A Race Against Time shows that gold fever isn’t just something prospectors in the 1800s get.  New from Kino Lorber.

The short documentary The Tomb plays before the film which features many of the same players as Lust for Gold.

$2 billion dollars in Gold Bars is enough to drive anyone a little crazy.  In Arizona, and the aptly named Superstition Mountain rage finds a group of social outcasts banding together to find the “Dutchman’s mine” treasure.  A cache of thousands of gold bars that for hundreds of years prospectors have had theories (never proven) of its exact location.

What do a retired missile scientist, a vet, a personal injury lawyer, and a blackjack dealer have in common?  A wanting to be a part of history in finding the Dutchman’s treasure.  The shabbily assembled group of men and a dog venture out into the sweltering heat of the Arizona desert to find as Dr. Jones said, “fortune and glory”.  None of these men are Indiana Jones or equipped to handle a long hike let alone attempting to find gold.  Temperatures flares as do personalities when things begin to go south.  Things go south in spectacular fashion for these men.

Director Robert May’s documentary is not about the thrill of finding gold or even gold fever.  It is more about when happens when ill-equipped (mentally, physically, and tools) group of anti-Howard Hawkians types are faced with the reality that none of their postulations go correctly.  The film aptly sets up these men, their respective reasons and call for adventure, and just how wrong-headed everything is.  Like the long-fused stick of dynamite, they find it is only a matter of time until this motley crew explodes and it does.

The power of Lust for Gold is in the distanced portrayal of each of these men.  May is never cynical or condescending towards each of them.  Rather allowing them time to talk about what this cache of gold means to them and their respective hunts for it.  The result is an entertaining and oftentimes funny film about fool’s gold.  Never at the expense of these men, though.  Lust for Gold always ensures that they speak for themselves and allow you to make up your mind if they’re incredibly brave or incredibly dumb.

Note: Wait through the credits for a nice little bonus.

The digitally shot film is beautifully transferred to Blu-Ray.  The film’s vista and drone shots of the vast Arizona landscape is impressive and handsomely produced in this home video presentation.

Bonus Interview with Arizona State Historian Marshall Trimble (31:58) – this additional interview with Marshall Trimble is an extended version of the snippets that appear in the film itself.  Trimble recounts the history of the “Dutchman’s mine” including his own experience with the prospectors in the early 1960s, some of the truly dangerous people involved with trying to find the mine through the years, how the state resolved the issue of so many people basically lived their lives, how he became the state historian, the legend of the Lost Dutchman told proper (including a funny fact about the “Dutchman” himself as he wasn’t a Dutchman at all), and much more.  Trimble gives a lot of great historical context for anyone that wanted to know more about the legend/history behind the Dutchman’s mine.

Lust for Gold is a fascinating adventure documentary.  Recommended.