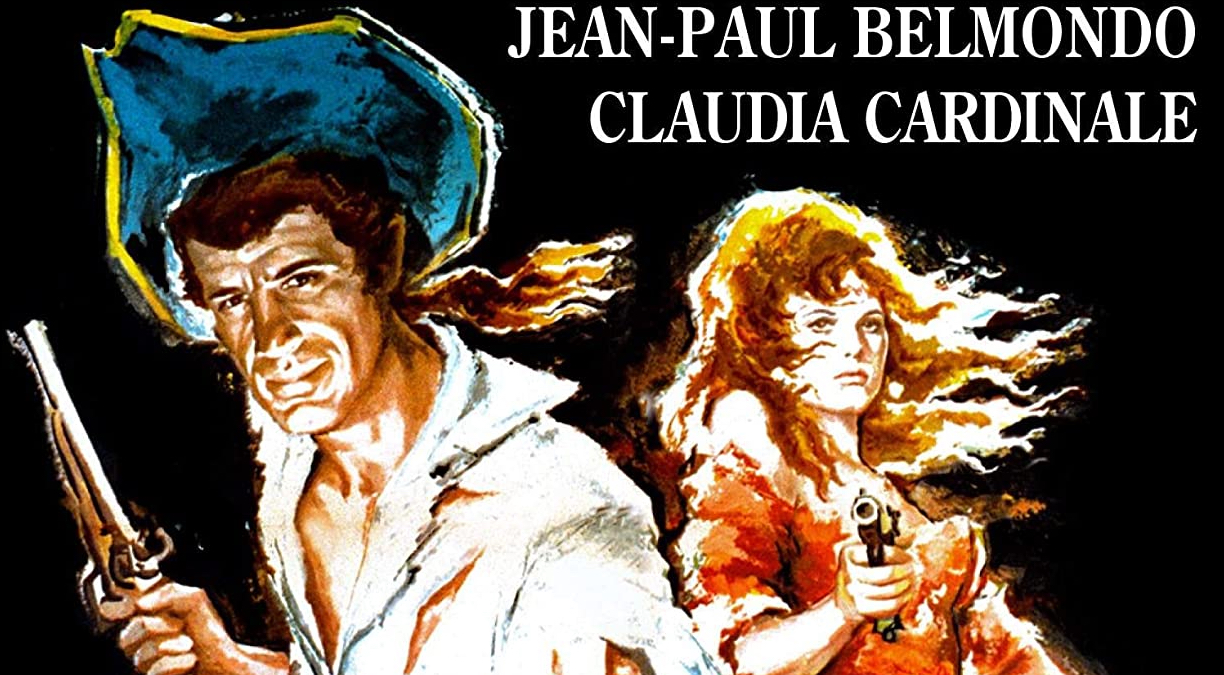 Cartouche the Phillippe de Broca and Jean-Paul Belmondo Swashbuckling Classic makes its debut on Blu-Ray.  Kino Lorber has filled the action-comedy with a new 4K Transfer and extras.

What began as a Three Musketeers project starring Jean-Paul Belmondo and directed by Philippe de Broca turned into Cartouche. A wonderfully fun, funny, and complex swashbuckling adventure film based on the real-life Robin Hood-esque figure.

Cartouche (Jean-Paul Belmondo) fills his days with petty thievery and matching wits (not so well) with the French aristocrats of the 1700s.  When he’s had enough of Malichot (Marcel Dalio) the local crime lord he works for he joins the French Army.  Quickly, Cartouche finds himself stealing gold from the army, falling in love with a beautiful woman aptly named Vénus (Claudia Cardinale), and headed back to Paris to rabble the rouse.  Cartouche goes from Army conscript to Crime lord, but his plans exceed his grasp as he attempts to seduce a Colonel’s Wife (Odile Versois) which may not only endanger him but everyone around him.

There are few rousing comedy adventures like Cartouche that so nimbly move from set piece to set piece without skipping a beat.  Co-Writer/Director Phillippe de Broca took what could have been a self-serious aggrandizing melodrama and turned it into a wild romp.  One cannot help but smile or laugh along with Belmondo’s Cartouche during the entire run time of the film.

There isn’t a moment where the wily Cartouche isn’t smiling as he’s always three steps ahead of the dolts that are after him.  De Broca allows Belmondo’s more modernist take on the Errol Flynn archetype run rampant like a satyr with pugilistic and sword fighting skills.  Belmondo may have never been better than he was here armed with the adroit script and Cardinale as the female equal to Cartouche.  There isn’t anymore that can be said about Cardinale’s pitch-perfect performance as then she aptly fits the character’s name Vénus until the very final frames.

Cartouche as a sword-wielding romp was so fun that Richard Lester would steal basically everything from it for his eventual Three Musketeers adaptation. Lester’s Musketeer is as fun but lacks the precision pointedly prickly point that de Broca’s exquisite film has.

The 4K Restoration from the Original Camera Negative from StudioCanal is nothing short of fantastic.  The image shows zero artifacts, dust, scratches, or any sort of blemish.  The pristine image is razor-sharp with beautiful color reproduction and contrast levels.  KL/StudioCanal has handled their restoration of Cartouche with the level of respect that one wishes all companies did.

The newly recorded commentary by critic and author Simon Abrams is a wonderful informative deep dive into the Phillippe de Broca and Jean-Paul Belmondo.  Details includes the box office success of Cartouche, how it was released in the US much later, the history and legend of Cartouche an actual figure (a sort of Robin Hood of France), other swashbuckling adventure series in France during the time of production, the demise of the real life Cartouche, the career and life of actor Marcel Dalio, de Broca’s abandoned Three Musketeer film, the earliest versions of the accounts of Cartouche’s life (including ones that were written while he was still alive), the rousing score by Georges Delerue, some quotes taken from the plays and other versions of Cartouche’s story, the life and career of Claudia Cardinale including quotes from the time describing Cardinale and Cardinale about herself, how the script was developed between the three screenwriters, the way that the division of the work for the screenwriters created tension, the supporting cast and their various brand of comedy, the work and themes of de Broca, the choreography of the action, the sound work in the film, the torture of once on trial and in prison of the historical figure, a detailed account of a proposed de Broca second and third film that never happened, the critical response in the US, the spectator sport that public executions were in France at the time and up until 1830s, a side tracked conversation about Blake Edwards Pink Panther series, the corruption of French Guard and police, the real life demise of the real Cartouche, the historical figure’s appearance in the video game series Assassin’s Creed, and much more.  Simon Abrams’s rapid-fire delivery of information helps with giving us a very thorough commentary about the production, history of the character, and the themes of the film.

Adventure with a Capital “C” (26:25) is a beautifully produced interview with de Broca’s wife Alexandra de Broca and Journalist Thomas Morales about the making of the film.  Beginning with a discussion with de Broca’s abandoned Three Musketeers the interview details the writing, production, and release of Cartouche.  Details include how de Broca approached the style of the film like a bawdy opera, how Belmondo was attached to the film, the casting of Claudia Cardinale (Morales does not care for her as a “de Broca” actress), the other various actors in the film and how they work in the film, how de Broca found a style of character that perfectly suited Rochefort and the other supporting actors, de Broca’s view on Cartouche and society in general and how that translated onscreen in all his films, and more.  In French with English subtitles.

Cartouche is a wonderful adventure film waiting to be rediscovered by a new generation.  Highest Possible recommendations.

Kino Lorber’s Blu-Ray of Cartouche is out June 8th