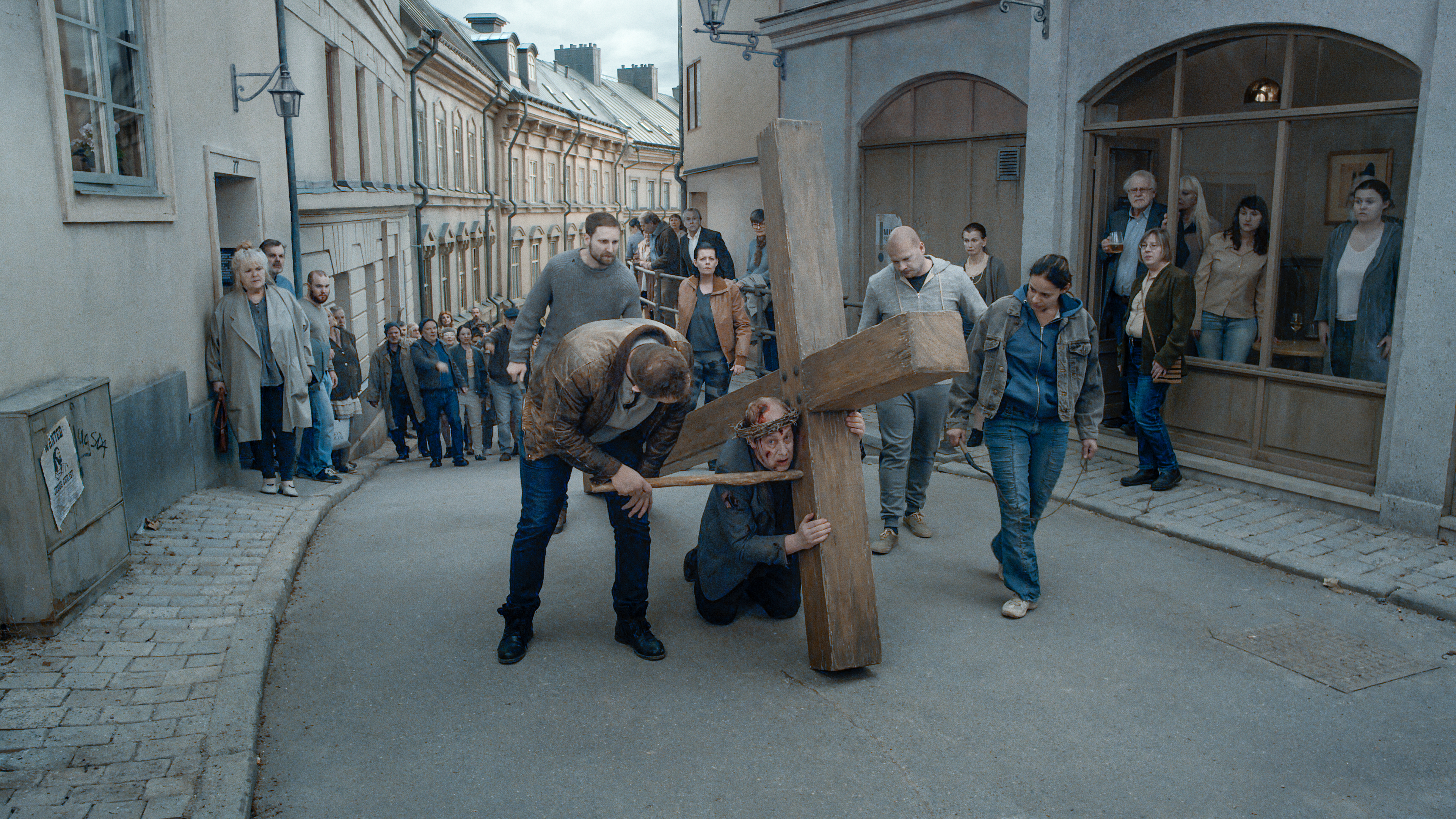 The latest offering from Swedish cineaste Roy Andersson possesses a little more warmth than some of his previous work, but that doesn’t mean it’s any the less bizarre.

Roy Andersson gonna Roy Andersson, and anyone even remotely familiar with the Swedish master’s work will have an idea of what to expect. His fixed camera watches as people do ordinary or absurd things – sit on a park bench, read a newspaper; inexplicably fill a customer’s glass to overflowing, or carry a wooden cross up a hill accompanied by a baying crowd. Each short scene appears to say little on its own, but by the time the end is reached, there’s a definite sense of existential reflection.

Whether it’s a doctor who tires of treating his patients, a priest who has lost his faith, or girls out on a walk who stop to dance outside a café, each scenario seems to be asking us to consider that grand gestures or doing something of worth is maybe not as important as just actually being alive. The Woman Who Loves Champagne is just that – a woman who enjoys drinking bubbly wine. There’s no punchline to it. Sometimes the small things are the most important, like stopping to tie your daughter’s shoelaces.

The observational quality, slow pace and mundanity of the scenes also feels (appropriately for these times) unintentionally socially distanced, as if reinforcing our isolation in a world of billions.

And at just 76 minutes long, Andersson paints his tableaux just long enough to leave his thoughts out there, and recognises that they don’t need ramming home.

These simple vignettes draw together a meditation on life, death, war and faith which wash gently over the viewer in pale hues, but which also leave their mark like the burden of existence which humanity carries with it every day.

About Endlessness is out now